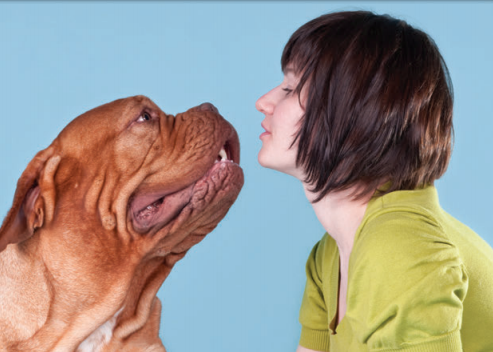 I have adopted a six-year-old Dogue de Bordeaux. While researching I came across a disease called bloat, and have read that the breed can be prone to it. Is this true, and if so, how can I prevent it?

Bloat, or gastric dilation volvulus, (GDV) is a condition generally seen in large-breed dogs, and it’s a genuine medical emergency that can have fatal consequences. It usually occurs two to three hours after eating a large meal, or high activity immediately after eating. During the disease process, the stomach swells, enlarging and filling with gas. Once this has occurred, the bloated stomach can twist round, and this then blocks blood from travelling from the heart to the rest of the body.

The grossly enlarged stomach also puts increased pressure on the diaphragm, reducing the amount of space available for the lungs to expand and breathe effectively. Signs to look out for include dogs anxiously looking around at their stomach, panting or drooling, stretching outwards, and retching loudly without producing anything. As the condition progresses, you will see a bloated belly, and dogs may become collapsed, and have very pale or white gums. If you notice any of these signs, you should phone your vet and get to the nearest surgery as soon as possible. The earlier this condition is diagnosed and treated, the higher the chance of success. Treatment involves rapid stabilisation with fluids and pain relief, decompression of the stomach, and then surgery. The surgery involves further decompression and the stitching of the stomach to the correct side of the abdominal wall. This prevents it from being able to bloat and twist itself again.

It must always be remembered that GDV is an incredibly serious condition, and even with rapid treatment, it can prove fatal. There has been extensive research into the exact trigger factors for GDV and the results are still not completely clear; however, the dogs at most risk appear to be large-breed dogs who are older, fed only one large meal once daily, and are related to other dogs who have also had GDV.

Methods to prevent your dog from getting GDV should include feeding two or three smaller, easily digestible meals throughout the day, rather than one large meal, and not exercising immediately after feeding. Some owners decide to have a surgery known as gastropexy performed on their dog while the dog is healthy. This involves attaching the stomach to the abdominal wall, just as you would if the condition had occurred. This prevents the stomach from bloating and twisting before any problems are encountered, but it’s important to realise this is not 100 per cent guaranteed for the duration of the dog’s life, as the surgery can fail over time.

Do contact your vet for further advice about bloat and how to minimise the risks; I’m sure they will be happy to help. 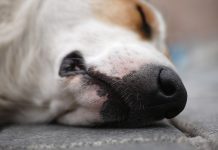