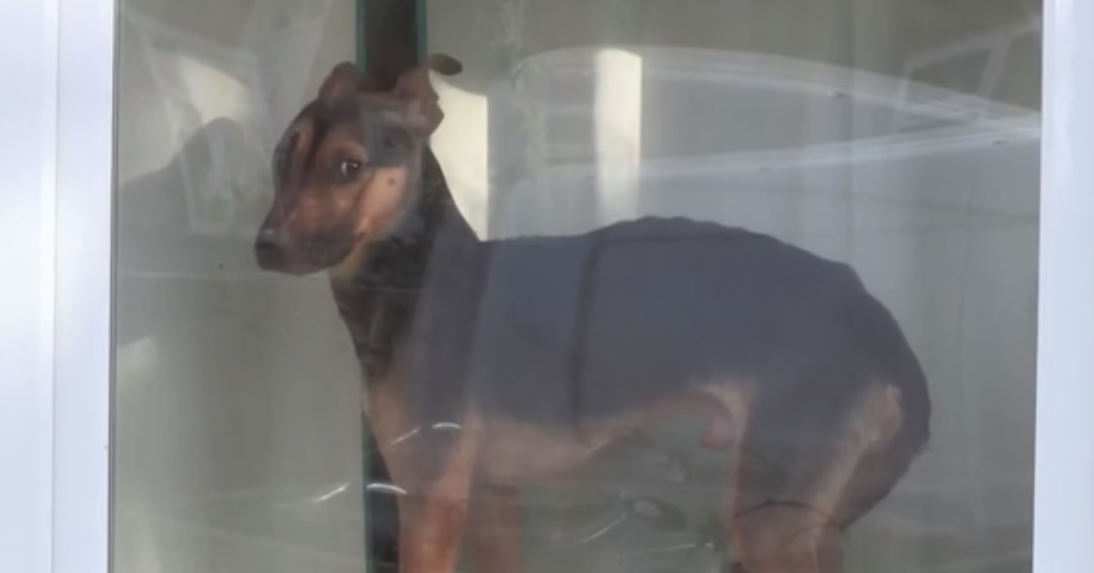 A whippet cross called Max didn’t have a good start in life. Neglected and starved, he was saved by his habit of sitting at the window when home alone: a member of the public saw him and called the RSPCA after seeing how thin he was, with his spine and hips clearly visible. He weighted only 10 kilos when rescued, only half his ideal weight.

RSPCA inspector Kate Parker said,  “He was so thin and it was heartbreaking that he was being left by himself for long periods of time. Dogs are social animals and they need company.”

“Max is a lovely dog and very sociable, which is surprising really because at his previous home he was being left for long periods of time with no human interaction, no toys, no nothing – so to see him so happy now is great,” Inspector Parker said. 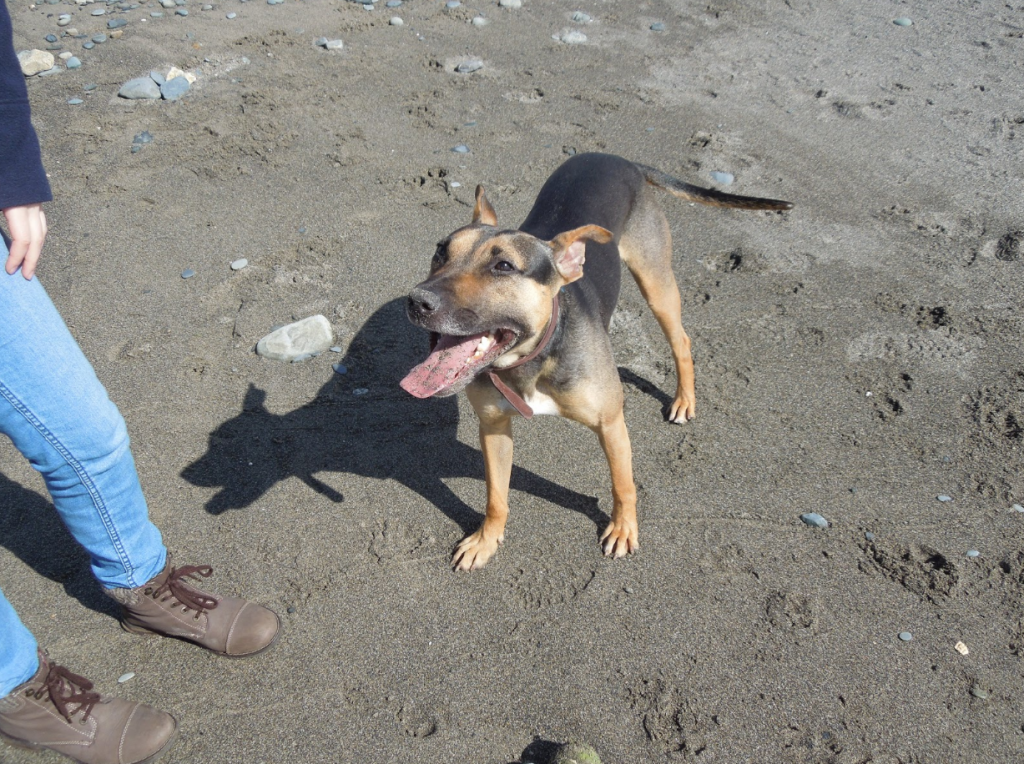 He soon found his forever home with Sheila and Rob Miller, in Stourbridge, and is living life to the fullest. Sheila said, “He doesn’t look out of the window anymore because he quickly realised there was nothing interesting for him to see! The most important thing is that he has gotten really fit, strong and healthy. We took him to the vets not long ago and he weighs 20kg now.”

His story has been documented in Channel 5’s ‘The Dog Rescuers’, a programme presented by Alan Davies that goes behind the scenes to see the RSPCA’a work to rescue dogs from abuse and neglect. Max will star in the episode airing tomorrow, 25 July, at 8pm.

“We absolutely loved being filmed by the camera crew, it was great fun,” Sheila says. “We haven’t seen footage of him so thin before, so it’s going to be a shock when we watch the programme on Tuesday evening to see how thin he was.”

Alan Davies added, “It’s sad to see dogs suffering but always a joy when they are nursed back to health and find loving new homes.”