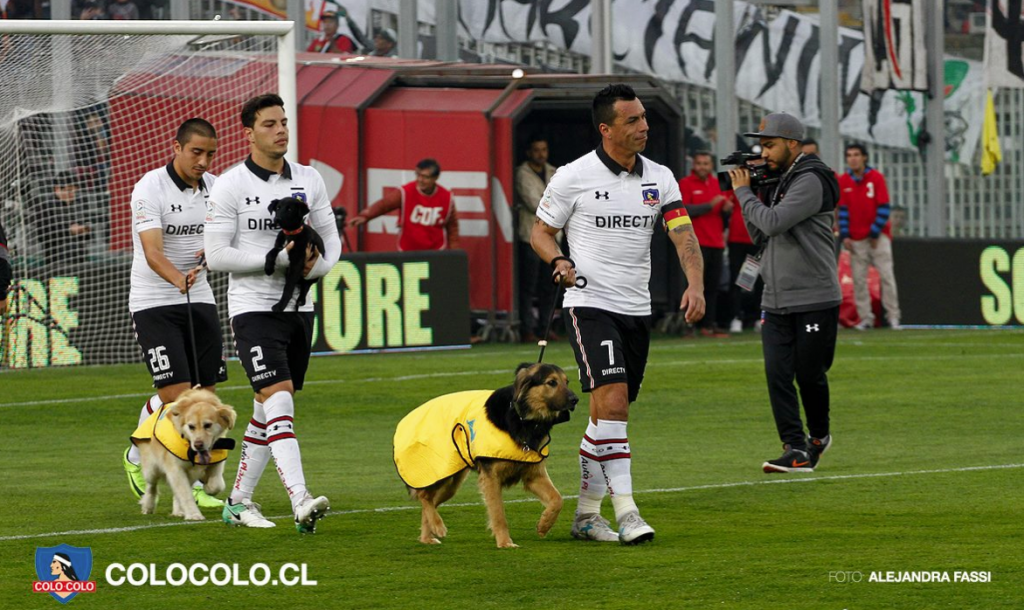 Colo-Colo, the most successful football team in Chile, has teamed up with shelter Union de Amigos de los Animales (UAA) to promote the adoption of rescue dogs. Last Sunday, 30 July, the players walked into the Estadio Monumental of Santiago with very special mascots: rescue dogs in need of a home. The entrance provoked much applause from the public, shining a light on the plight of homeless dogs.

“This is the first act that marks the beginning of the joint work and mutual cooperation between both institutions,” a UAA statement reads. “The Corporation, faced with the unprecedented event, was seriously committed prepared in advance, choosing and training the dogs who entered the field. The magnitude of the encounter, the number of people, the noises and manifestations typical of a football match were all taken into account.”

The dogs, some on leads and some in the arms of the players, immediately stole the show and won over the hearts of the entire stadium – plus those of the people watching from home.

“The UAA also wants to thank infinitely this unprecedented agreement, due to the social repercussion the participation of an entity like Colo-Colo has, in an alliance of this type,” the statement goes on. “In addition, we would like to acknowledge and thank for the collaboration received yesterday the workers, leaders and players of the team, who allowed the success of the event, with which it is possible to promote respect, defence, protection and adoption of animals, especially those at risk.”