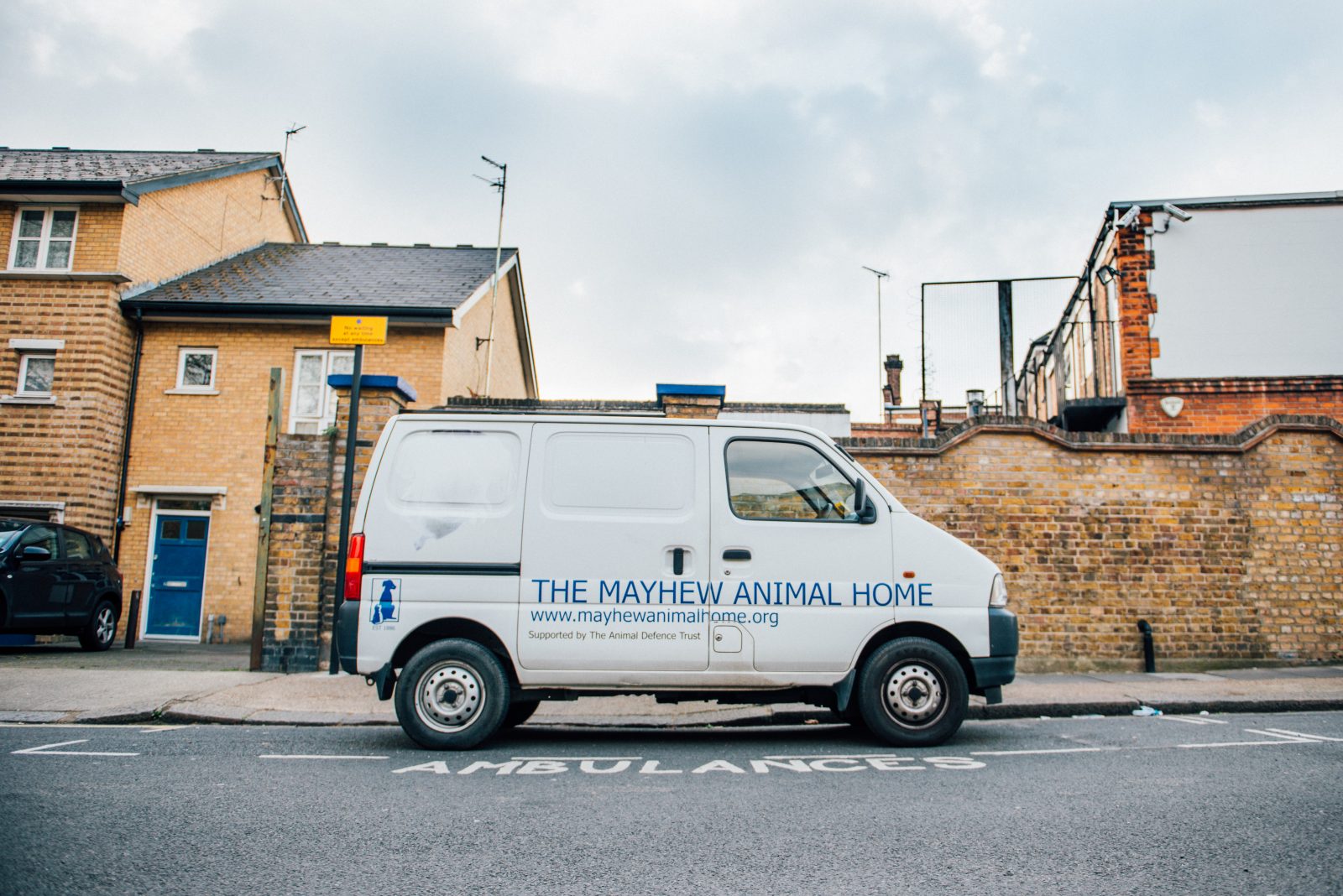 Animal welfare and rehoming charity Mayhew has launched an urgent appeal to replace an animal ambulance which was stolen on July 8 in Hampstead.

The ambulance is vital to the charity’s work and has transported hundreds of sick and injured animals. The loss of the ambulance is impacting on the number of animals they rescue and they are hoping to raise funds as quickly as possible to replace it.

They hope to replace the ambulance with a larger electric vehicle, which will save money in the long run by being more efficient and being exempt from various road taxes and congestion charges.

Mayhew CEO, Caroline Yates, said, “Our Mayhew ambulances have been on the road helping thousands of animals since 1925. They are vital to our work and having one of them stolen is having a huge impact on the number of animals we’re able to rescue. We desperately need to raise enough funds for a replacement, so anything anyone could donate would be very much appreciated.”