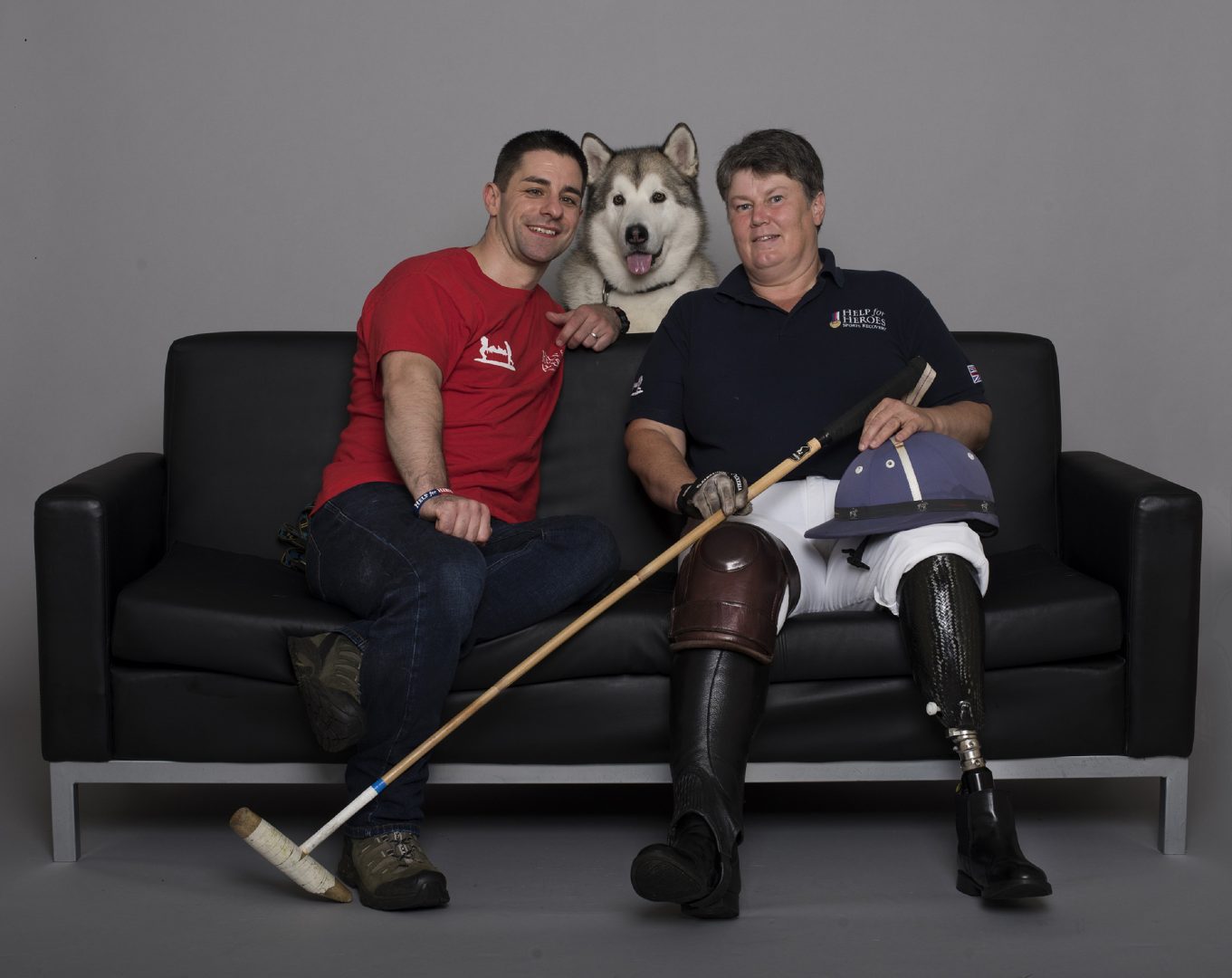 A new film released this week by Help for Heroes shows how sled dogs are helping Veterans to recover, thanks to a free programme run by a former sports coach.

In the video, which is the fourth in a series of heartwarming videos for the Facing it Together campaign, Army Veteran and amputee Elaine Corner comes face to face with sports coach and Help for Heroes’ supporter  Shane Kennedy and the two amazing sled dogs he works with.

Elaine tells Shane about her motorbike accident in 2011 that meant her left leg had to be amputated below the knee. During the conversation, Shane tells Elaine how his two seven-year-old Alaskan Malamutes, Mishka and Koda, help to provide therapy to wounded, injured and sick Veterans and Service Personnel. Shane provides free sessions at Help for Heroes Recovery Centres, and has founded his own non-profit organisation, Sled Dogs As Therapy UK.

Elaine took up polo as part of her recovery following a visit to Help for Heroes Tedworth House Recovery Centre. He competitive polo career started in 2014 at Tidworth Polo Club and Elaine now manages the Help for Heroes’ polo team.

Elaine, who lives in Amesbury, Wiltshire, tells Shane, “Tedworth House is just an amazing place – everyone is so friendly and everyone really encouraging you to do the best you can in whatever activity you are doing. I would never have had the opportunity to try polo if it hadn’t been for Help for Heroes.

“It is thanks to volunteers like you that give people like me the opportunity to do all these different activities.”

Shane from Sled Dogs As Therapy UK says, “By the end of the session with the dogs, they’ve come completely out of their shell. They’re smiling and they have actually allowed their defences to drop a little bit. It wasn’t me that did that, it was the dogs.

“I’m a believer that if there’s something you can do to help, then you’ve dog a duty to.”

The Facing it Together campaign aims to show audiences the tangible difference that Help for Heroes supporters make to the lives of Veterans and their families.

Mark Elliott, who helped Bryn and Emma Parry set up the charity in 2007 and is current Advocacy Ambassador for Help for Heroes, said, “Elaine is a remarkable woman who has not let a disability hold her back in any way, while Shane is a kind-hearted volunteer whose dogs really do help to transform lives as Veterans recover from debilitating conditions such as Post-Traumatic Stress Disorder.

“Both their stories underline how the companionship of animals can have a significant benefit in a therapeutic setting.”