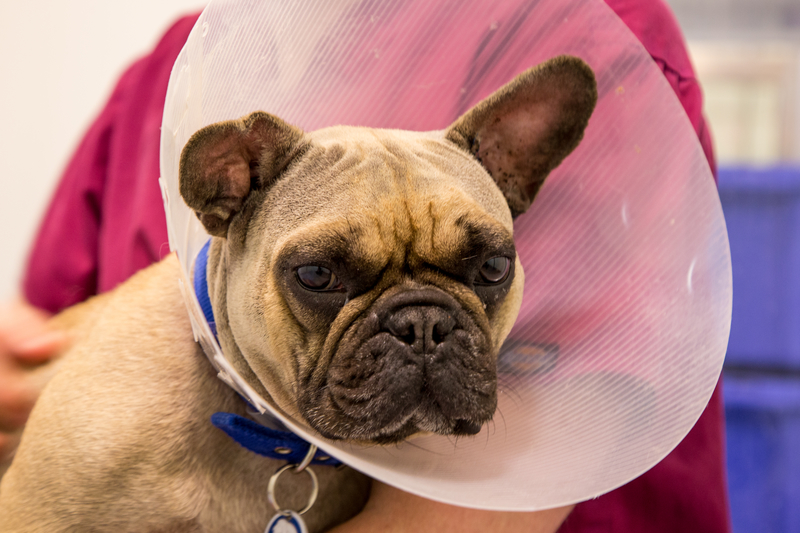 French Bulldogs have risen in popularity in recent years and are now on track to becoming the UK’s most popular breed by the end of 2018, but at what cost?

Piccalilli is one French Bulldog who has sadly fallen victim to this obsession with small flat-faced breeds. Fighting for breath, with sore ears, infected skin and frequent vomiting, she underwent hours of painstaking veterinary treatment at Battersea Dogs and Cats Home. The six-year-old purebreed has a long list of health problems, and will likely need lifelong treatment.

Piccalilli was brought in to Battersea at the end of March by her previous owner, who could no longer afford the rising veterinary bills and wanted to make sure she was in safe hands. After a few weeks in Clinic kennels, she was fostered with a staff member, and after several surgeries she found a permanent home last month.

The charity have reported seeing more and more cases like this as owners take on dogs without knowing the potential pitfalls of the breed.

Battersea’s Head Vet Shaun Opperman said, “French Bulldogs are a classic example of overbreeding – people see celebrities touting them and getting thousands of likes on social media, and want one for themselves. I understand their appeal: with their big eyes and ears, they look like Disney characters, but their appearance is a real burden to them, because in many cases it takes away their ability to act like a real dog. Many of them can’t run or play for long because they struggle to breathe, their skin folds are prone to infection and they are also susceptible to eye problems.” 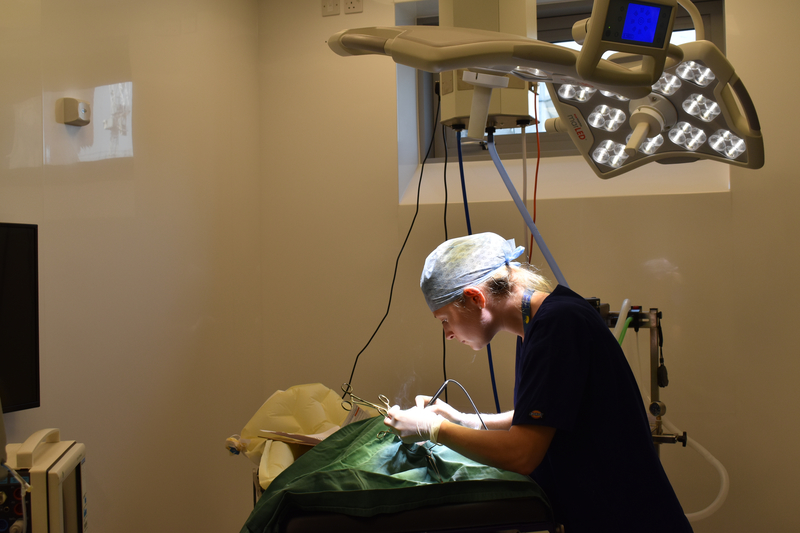 Since the start of this year the Home has already taken in 29 French Bulldogs compared to just eight in 2014. Most of the dogs require weeks of intense veterinary treatment, with many needing specialist surgery. Other flat-faced breeds – also known as brachycephalic – like Pugs and Bulldogs often require surgery. Battersea’s average stay last year was 35 days but French Bulldogs stay on average 59 days – usually due to the weeks of medical treatment they require.

Shaun Opperman added, “In the first half of last year, we carried out just six of these surgeries – so far this year, we’ve already done 28. This operation is not without its risks and the recovery can be uncomfortable for the dog.

“Of course, in many cases, especially with younger dogs, it ends up really paying off – Battersea will always do all we can to help the animals in our care and it’s wonderful to see when they’re able to play and run without collapsing in a heap.

“However, you can’t help feeling that if owners knew the true cost to their health this breed pays, they’d be horrified. The soaring demand for these dogs encourages unscrupulous breeding, which means generation after generation of Frenchies and other designer dogs are being born with terrible medical problems. It’s one of the biggest welfare issues that Battersea is facing. We have long campaigned for better regulations around the breeding and sale of puppies – dogs like Piccalilli are counting on us.”