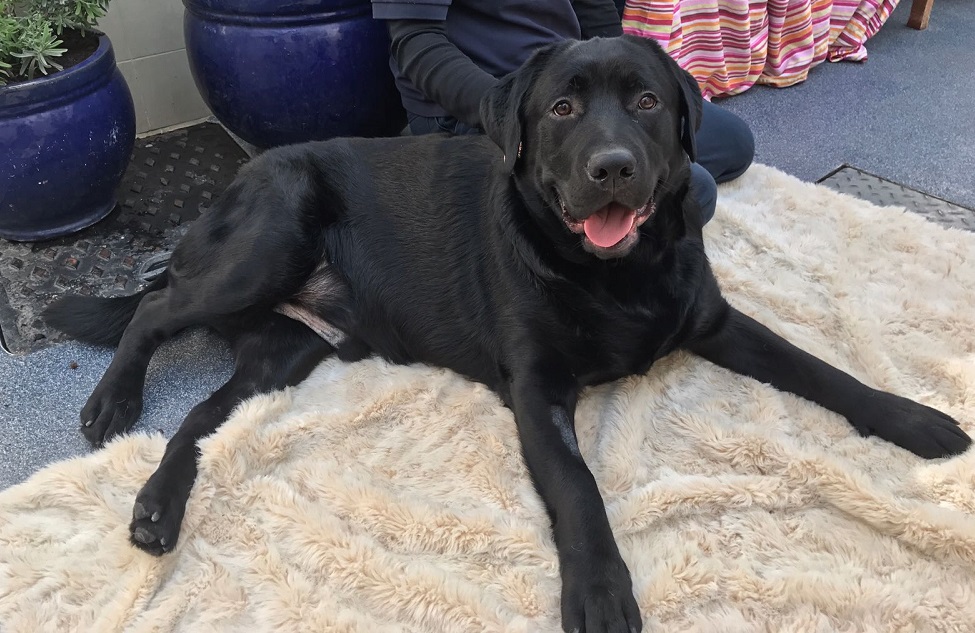 A young pup, who was so obese that he could hardly walk, is now ready for a new home after shedding over 10kg.

Tootsie, a black Labrador, was brought to the Mayhew when his owner could no longer look after him. The one-year-old weighed a staggering 45kg, nearly double the weight he should have been.

Mayhew’s Animal Welfare Officer, Paul Grimes, said, “We discovered that Tootsie’s previous owner had been feeding him human food on top of his normal meals and he hadn’t been receiving the right exercise that he needed. Tootsie quickly piled on the pounds and ended up putting unnecessary pressure on his joints, so much so that he could hardly walk properly.”

Tootsie was immediately take to the Mayhew’s Vet Team for a health check. Mayhew’s Vet, Emily Richardson, said, “When Tootsie first arrived he was very overweight. He weighed a staggering 45kg, when his ideal weight should have approximately been 28kg.

“After a thorough check up, it became evident that he had patella luxation of his right stifle, which occurs when the kneecap does not sit in the correct position within the knee joint. This can be a highly painful condition causing lameness. The risk of getting this condition is greatly increased by excess body weight since this puts added pressure on joints.”

To aid Tootsie’s weight loss and get him back on his paws, he began hydrotherapy sessions from Village Vet as well as medical attention and care from the from the Vet Team and Kennels staff.

Emily continues, “After 12 sessions of hydrotherapy, kindly donated by Village Vet, near Highgate in London, and a well-balanced diet, he lost an incredible 10kg. We were then able to refer Tootsie to have surgery on his knee. A tibial tuberosity transposition was performed to realign the tendon that holds the patella in its correct position. After the surgery, Tootsie was started on a course of physiotherapy and a further six hydrotherapy sessions to help with his rehabilitation.

“Tootsie is now walking well with no lameness or pain and his weight is currently at 30kg.”

Tootsie’s profile will soon be added their website and potential owners can sign up to receive new dog alerts by visiting www.themayhew.org/dogs.

Main photo: Tootsie when he was first brought in to the Mayhew. Credit: Mayhew 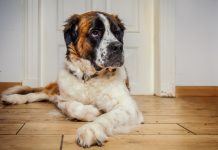