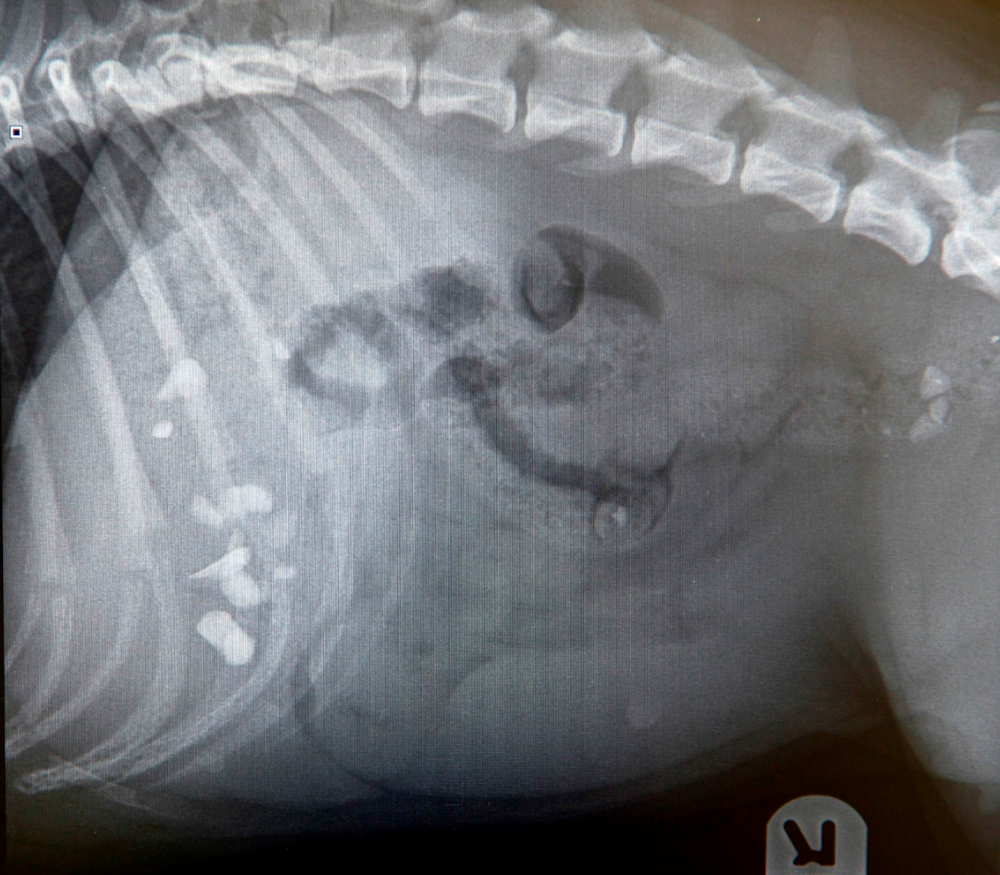 When Bella, a young French Bulldog, went off her food and became sick, owner Victoria Sherrin did the right thing: she rushed her to the Croydon PDSA Pet Hospital. 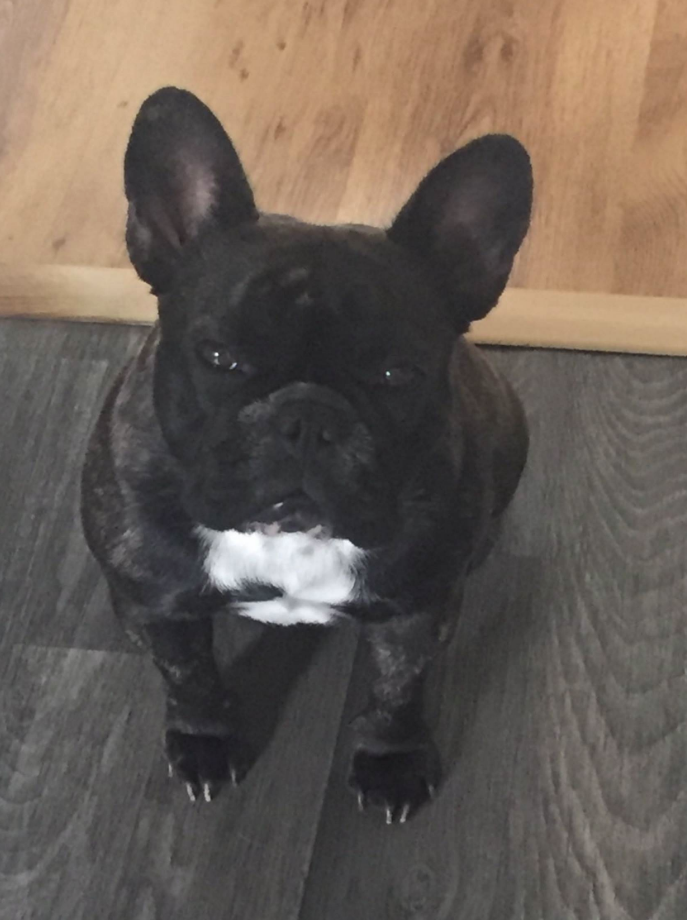 “I took Bella for a check-up because she wasn’t herself at all. She started snapping at us and couldn’t keep anything down,” she said. “I wondered if she’d eaten something odd or had worms but then the vets said they could feel a mass in her stomach and I just broke down.”

Both Victoria and the vets feared a life-threatening illness, but what the x-ray soon revealed came as a complete surprise to everybody: Bella had wolfed down a large amount of gravel stones.

PDSA vet, Laura Heaps, said, “You could clearly see the gravel in her stomach and colon. Luckily because the stones were so small and unlikely to cause a fatal blockage we were able to avoid surgery. Flat-faced breeds such as French bulldogs are a higher anaesthetic risk than other breeds.”

Bella was kept overnight and was given fluids and laxatives to get rid of the stones. Thankfully, the attempt was successful and she was able to return home the next day.

Victoria said, “Bella was out of sorts for a couple of days but she was soon was back to her normal self. I can’t thank PDSA enough for the fantastic treatment she received. I’m keeping a close eye on her now to make sure it doesn’t happen again.

“She’s quite an inquisitive dog and is into everything so I’ve cleared the garden to try and ensure there are no gravel stones she can get her little paws on.”