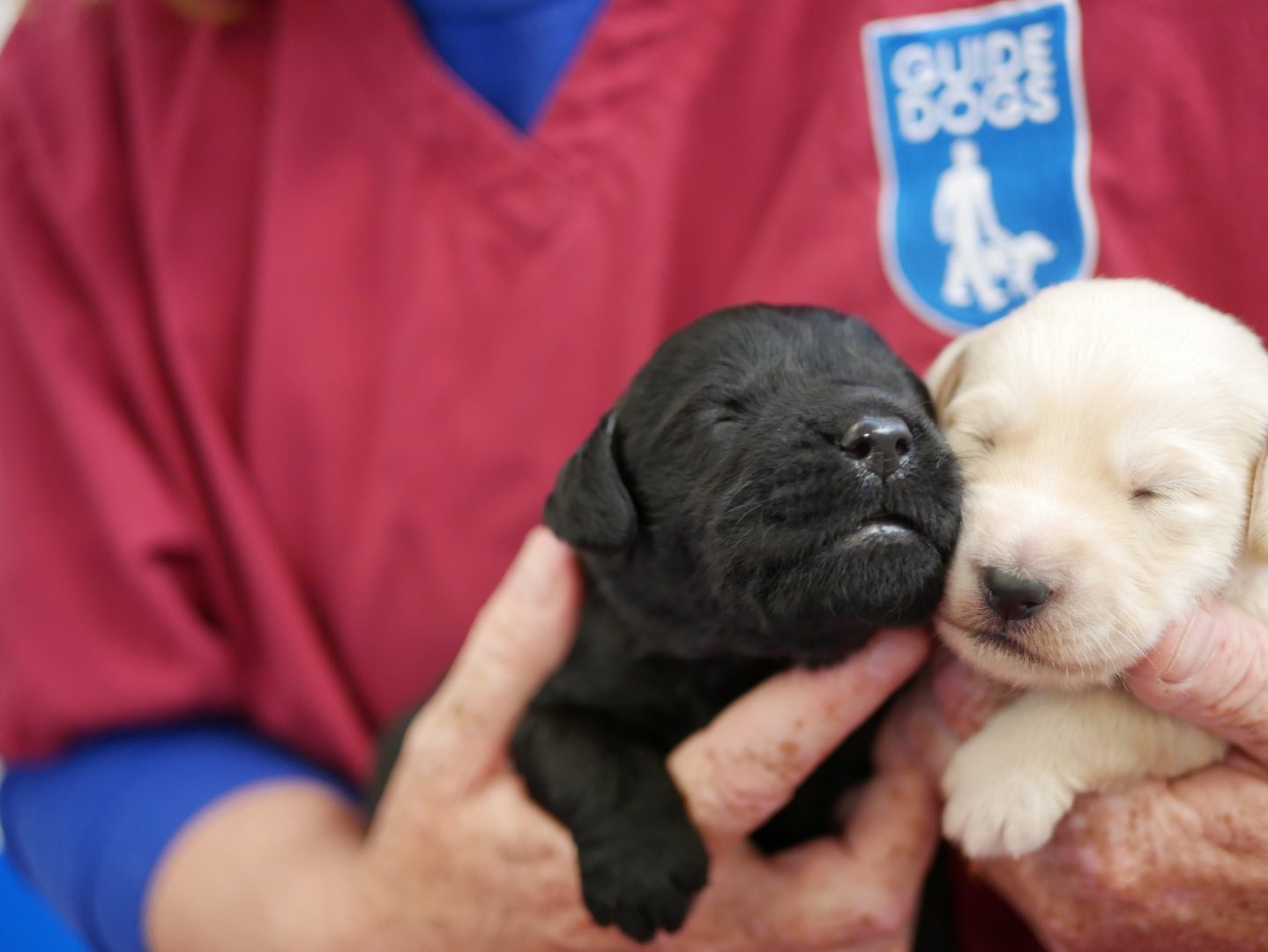 A brand new programme for socialising newborn puppies has been found to have a long-term, positive impact on the dogs’ behaviour.

Animal behaviour experts from the charity Guide Dogs for the Blind developed the programme to help familiarise puppies aged 0-6 weeks with the world. The study, published in the journal Applied Animal Behaviour Science, showed that specific interactions in this crucial development phase improve confidence and reduce anxiety and stress levels in adult dogs.

The charity’s researcher now want the programme to be adopted by other working dog organisations, animal shelters and pet dog breeders to improve behaviour in the general dog population.

Lead researcher, Helen Whiteside, from the charity Guide Dogs says, “The programme is designed to provide a highly effective socialisation experience for our puppies that is low cost, quick and easy for our volunteers to complete. The programme of specific exercises mirrors the puppies’ physiological and behavioural development and is proven to have a lasting improvement on behaviour. Dogs who do not receive this kind of socialisation as puppies can grow up to be anxious and scared, so this is an important breakthrough for breeders all over the world.”

The charity breeds over 1,300 puppies each year to become guide dogs. These dogs spend their first six weeks with a volunteer family who help socialise them by following a programme of activities tailored to each week of their development. In the first two weeks the activities focus on touch, including being handled and gentle stroking. Later the puppies are introduced to play with toys, walking on different floor surfaces, and everyday sounds such as mobile phones, TV and washing machines. This early training even includes an introduction to men and women, beard, moustaches, hats and sunglasses.

The programme was tested at the charity’s National Breeding Centre by evaluating six litters of puppies under standardised conditions. Each litter was divided into two groups, with one group receiving the centre’s existing basic socialisation practice, while the other group received the new enhanced programme. The puppies were assessed at six-weeks and eight-months old.

From as early as six weeks, puppies on the new programme were found to have significantly more favourable scores, such as improved responsiveness towards people and increased confidence. The impact was long-lasting, as at the eight-month assessment those puppies also had significantly less separation related behaviour, general anxiety, body sensitivity and distraction scores.Dogs with high confidence and low anxiety levels are known to have much better success rates once they enter the guide dog training programme.

The charity is also developing an app to support breeders and organisations to deliver the programme.