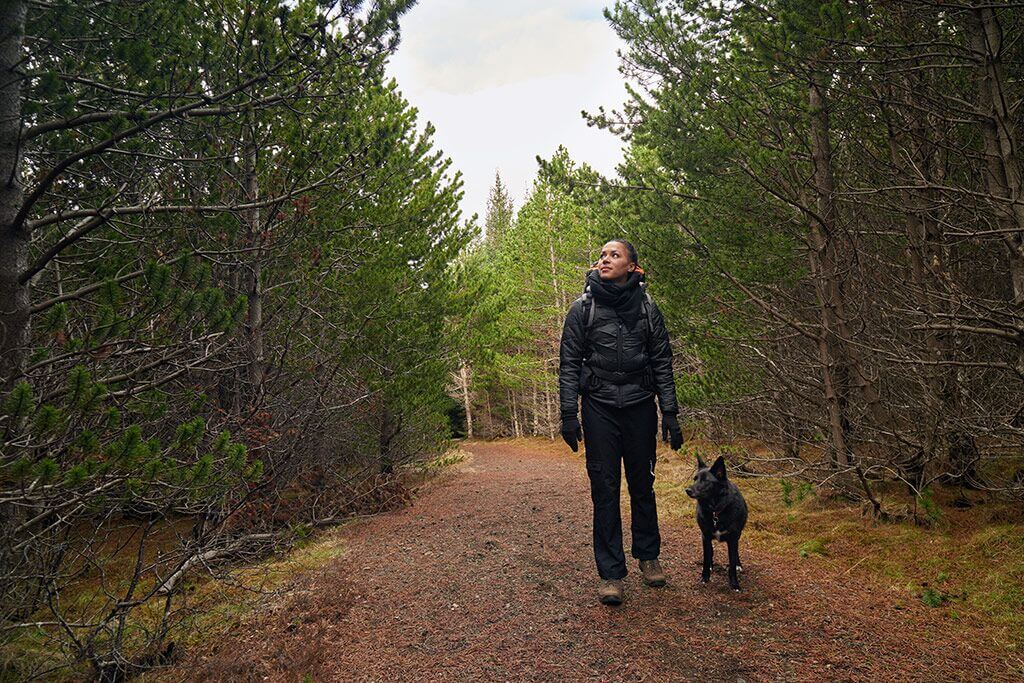 Allergies, immune function, heart health, and pain-relief, these are just some of the areas of our lives that dogs can help improve. Now, the scientific evidence for dogs being good for mental health is mounting.

Dogs provide comfort, love, and high doses of concentrated cuteness. Dogs can motivate you to get outdoors and exercise, even when you’re not feeling your best. Links between dog ownership, exercise, increased oxytocin levels, and positive effects on mental health are continuously being proven and not just by science, but by dog owners worldwide.

How dog walking can help your mental wellbeing

It’s no secret that a link between exercise and mental wellness exists. If you’ve ever had a stressful day at work, and then went for a walk, or run, you probably felt better afterward. And it’s been scientifically proven.

Research shows that there are positive impacts to mental health which are both short-term and long-term. In one experimental study, sedentary adults who were diagnosed with major depressive disorder were placed into four different groups.

The study lasted four months and the results were striking.

The study concluded that the participants in the exercise and antidepressant therapy groups had better chances of remission than those on the placebo. It also found that exercise “was generally comparable to antidepressants for patients with major depressive order”. Wow.

According to the National Institutes of Health (NIH) dog owners who walk their canine companions are more physically active compared to those that don’t have dogs, or don’t walk their dogs. In a study of 2,000 adult participants, dog owners who walked their dogs were less likely to be obese. The bottom line? Getting exercise with your dog can have a positive effect on your mental health.

Don’t have a dog? Don’t fret. You don’t need to be a dog owner to experience the mental health benefits having one — dog walking is a wonderful alternative.

When 37-year old Chris Murray was diagnosed with anxiety, depression, and obsessive compulsive disorder, he found that dog walking gave him the motivation he needed to get out of bed and get exercising. He credits dog walking and the exercising associated with it for helping him manage his depression.

Murray has a demanding job that requires travelling regularly. Because of that, he decided to get his dog certified as an emotional support animal in order to have his pup with him even when away from home.

What’s more, is that Murray found that caring about the welfare of a dog, helped relieve him from his darkest thoughts about his life — dog walking gave him newly found purpose in life. 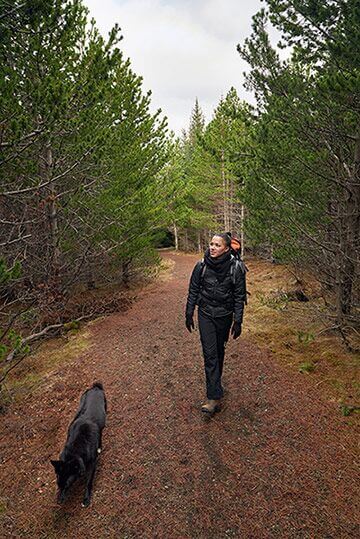 Keeping the Depression at Bay with Your Beloved Pup

Dog ownership can help lead a person away from depressive tendencies in many ways. As previously mentioned, dog walking can motivate a depressed individual to get exercise, but it can also help those who feel socially withdrawn, or those that might feel isolated because of their depression.

Dogs can pull a depressed person out their comfort zone by making them more visible to other people, therefore creating social interactions. Nothing draws attention to a person more than a cute dog on the end of a leash. Think about it, if you like dogs, you’ve probably smiled at or acknowledged a passing dog walker more than someone without a dog by their side.
Depression can make a person feel isolated and alone with their mental health concerns. Having a dog as a companion animal can help improve mental health and thwart feelings of isolation and loneliness by simply being there with their human.

In an NIH review of 69 studies focused on human-animal interactions (HAI), researchers found that HAI produced the activation of the oxytocin system in the body. Oxytocin, aka the “love hormone”, plays a role in stress reduction, promotes relaxation, trust, and psychological stability.

In one study, researchers found that pet owners, while hanging out with their pets, showed a significant (and positive) decrease in heart rate and blood pressure than non-pet owners. They also showed a weaker stress response in the presence of their companion animal than they did in the presence of their spouse. In other words, the companion animal created a more calming effect on its owner than their significant other!

Another study, conducted over a period of two-years, found that elderly residents of a nursing home with a resident dog felt less depressed and less lonely, than residents living in a nursing home without a dog. Having a dog contributed to the general improvement of mental health among these individuals.

The underlying theme in these studies is that companion animals, particularly dogs, increased the production of the love hormone and had a positive impact on mental health.

Getting help for depression with or without dogs

Dogs might not be a cure for depression, but as the evidence mounts, the facts remain, they help. As writer Adam Green writes of his experience with dog ownership in the midst of his depression, in order to take care of a dog, “I had to take care of myself, and that was a lot”. Taking care of day-to-day personal needs was a struggle for Green and having a dog helped him accomplish that on a daily basis.