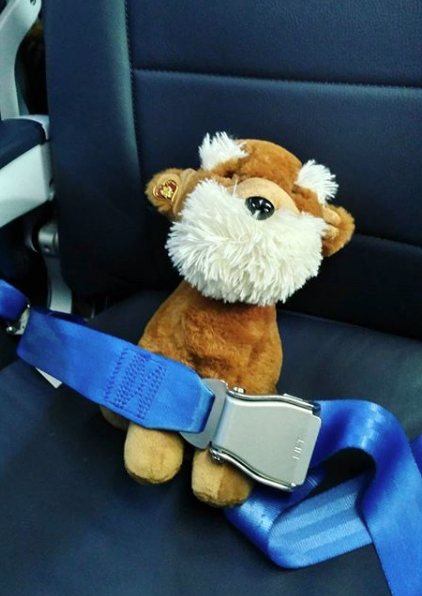 Agent Monte 001 is on a mission. He’s left his home in Montenegro to travel the world and raise funds and awareness for a humane animal rescue back home. But Agent Monte 001 isn’t a person, he’s a soft toy and with your help, he can change the lives of shelter dogs.

Alexandra Zakharova, from Mission Monte, says, “My friends and I started doing it to raise funds for the only no-kill shelter in Montenegro and to spread the word about the dire situation with stray animals there. There are no animal population control programs. There are four state shelters that are very scary places with horrible conditions. There are no state shelters for cats. The streets are flooded with homeless animals, the majority of which are discarded pets. They die of hunger and diseases, and they are also regularly poisoned. That’s why the humane shelter is very important, but it needs the help of other people.

“The shelter is run by a woman who sold her apartment in Moscow, Russia to buy land in Montenegro to build the shelter. She receives funds only from the public. No organisation or government agreed to help. Thus, it’s always a struggle to find enough funds, and so Agent Monte 001 was sent to search for help.”

According to Alexandra, the shelter is currently caring for 150 animals, including cats and dogs.

Agent Monte 001 will not be travelling with any one person and the idea is that he will be passed from host to host who will travel with him, documenting the journey online. His first destination is the Far North of Russia.

Alexandra adds, “Right now he’s with a speleological expedition in a place called Pinega, close to the Polar circle. The expedition team lives in a cabin in the woods, far away from any civilisation, with no electricity or running water. They burn wood to get warm and cook, and melt snow to get water. They are exploring caves in that region. Agent Monte 001 will stay with the expedition until 8 January. Then he will be passed to another host. His future plans are not certain yet, but it might be Italy.”

There’s no time limit on Monte’s around-the-world tour so his trips and adventures will continue as long as people take part. He travels with a journal so hosts can read about the animal situation there. He also carries a selection of beautiful photos of Montenegrin nature and hosts can take one to keep in return for a donation to the shelter.