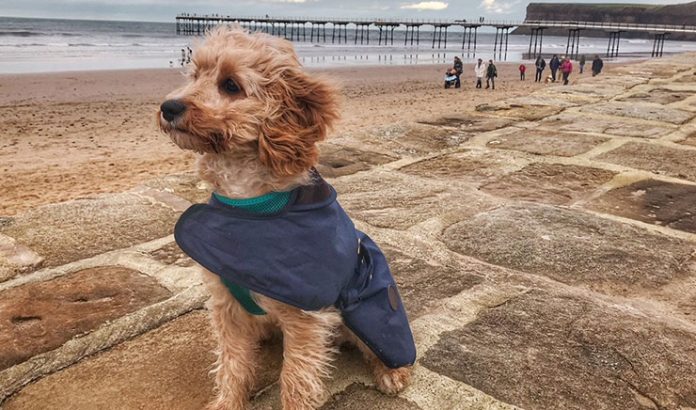 Following a nationwide search for the UK’s cutest office pet, Hector, the five-month-old Cavapoo, has been awarded the coveted title.

Over 150 entrants took part in the online competition launched by KitOutMyOffice, and over 1000 people voted for their favourite. The three top entries were Hector, Alfie the West Highland Terrier and Maize the Norwegian Forest Cat.

Hector is the ‘Barketing Manager’ at Lux Lumina, an art event hire company, and lives with General Manager, James Williams. The colleagues who nominated him will receive a £150 bar tab at a pub or bar of their choice.

James says, “It’s such great news to see that Hector has been crowned as the winner of the contest. Hector is the perfect office pet; super chilled out and always happy to hang around sites if we are using loud machines or lifting heavy items. He also keeps us company on long car journeys and absolutely loves attention! We’re now just looking to book in our staff night out to spend our winnings, most likely to be held in Mr Lynches, one of our favourite bars in Newcastle!”

First runner-up, Alfie, is responsible for ‘Meet and Greet’ at HELP, a law practice in Cannock, Staffordshire.

Hattie Sketchley – Bates, HR and Training Consultant at HELP, said, “We work in a very busy office supporting our clients with Employment Law advice and Alfie is always ready with support and cuddles for those who need it. Alfie likes to think he is ‘people’ and obviously enjoys sitting on a warm office chair. He has been known to jump in the MD’s seat and pretend to be the boss!”

The second runner-up, Maize, is the ‘Pest Control Officer’ for W&S Recycling. Originally born in a skip outside the company offices in 2010, Maize quickly became part of the office family and keeps the site safe from intruders. Both runner-up companies win Costa coffee gift cards.

Mandy Dufall, Operations PA at W&S Recycling, said the following, “I don’t know what the team here would do without Maize, he’s certainly the cutest office pet in our eyes! He loves us all unconditionally and his cuddles have been known to transform even the grumpiest person to mush. The only problem with having Maize around is that no one’s sandwiches are safe, and that you quickly learn to NEVER leave any food unattended!”

Gareth Jones, Digital Marketing Manager for at www.KitOutMyOffice.com, commented on the announcement of the winners, “We were really taken aback by how many people were keen to enter their four-legged, furry or amphibian co-workers into our competition to find the nations cutest office pet, and the amount of people sharing the competition page and tagging their friends and family members in posts on social media was also something that we couldn’t have predicted. It was seriously tough to try and make the final decision on the overall winner, but Hector just stood out of the crowd to the team here!”