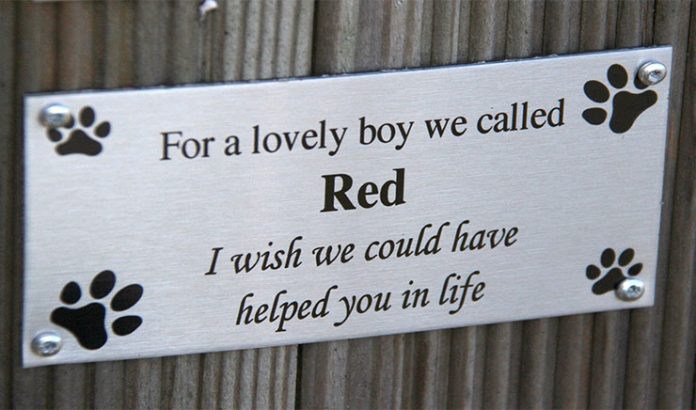 ‘We wanted to give him the respect in death he deserved in life’ – those were the words from Dogs Trust Leeds who have laid to rest a dog found tied to a fence in freezing conditions.

A volunteer from the York Road Rehoming Centre discovered the dog in woods. She had been walking one of the centre’s homeless hounds on the morning of 30 December when she saw the dog, tied in a way that they could not have escaped.

The dog, believed to be a German Shepherd cross, was immediately collected by staff and taken to Abbey House Vets where he was subsequently cremated.

Amanda Sands, Dogs Trust Leeds Rehoming Centre Manager, has worked at the centre for 31 years and says this is one of the most distressing incidents she has dealt with.

Says Amanda, “The weather that weekend was dreadful with snow, freezing rain and wind and the thought of that poor dog being abandoned in this way is unbearable.

“We all immediately said that if his owner could not be traced we wanted to lay him to rest in our memorial garden so he can rest in peace.”

The dog, named Red by Amanda and the team due to the colour of his coat, was not microchipped so his owners cannot be traced and the team are concerned that he may have been a much-loved dog who has been stolen.

Amanda comments, “We don’t know if this dog has been stolen or whether he has been abandoned by his owner in this terrible way, which is very hard to imagine.

“We would urge anyone who can no longer care for their dog, for whatever reason, to approach Dogs Trust or any other rescue organisation so a new loving home can be found for them. No dog should end their life in this horrific way.”

Red has been laid to rest in the rehoming centre’s memorial garden with a memorial plaque stating: ‘For a lovely boy we called Red. I wish we could have helped you in life.’

Anyone with information about how Red died is urged to contact the RSPCA Cruelty Line on 0300 123 4999. 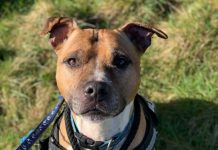 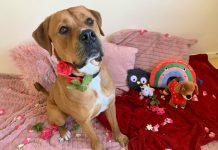