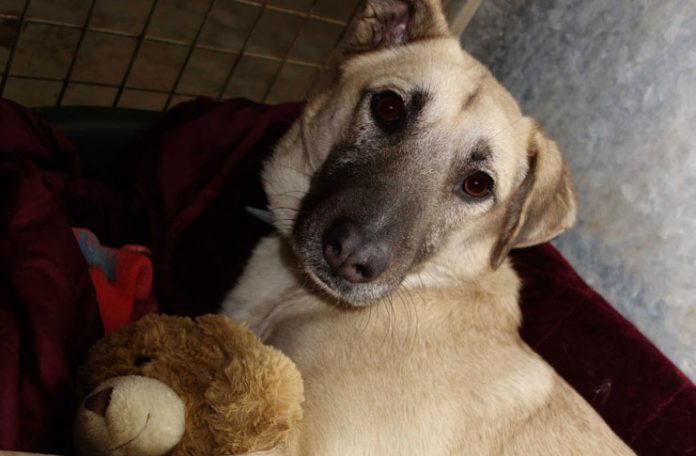 A homeless hound is finally enjoying the life she deserves after spending four years in rescue.

Valentina, a German Shepherd cross, had been a resident of the National Animal Welfare Trust (NAWT) in Watford since 2014. Defensive and shy, she struggled to fit into kennel life and was reactive to people and dogs.

But after being overlooked countless times, Valentina – now called Maya – has won the hearts of a family and has left for her forever home.

Jackie from the NAWT Hertfordshire centre said, “Valentina has trotted off to her forever home with her best friend and a haul of Natural Instinct raw food.

“Natural Instinct have kindly been donating food for Valentina since they learned of her love for the stuff, and the difficulty she was having keeping her chin up while waiting for the right person to fall in love with her.

“Wonderfully, Valentina found her own very special and compassionate human had been right under her nose, in the form of an NAWT Volunteer who grew to love her over the years of working with her.

“We couldn’t have hoped for a more loving and understanding home for this special dog and wish them the very best together.”