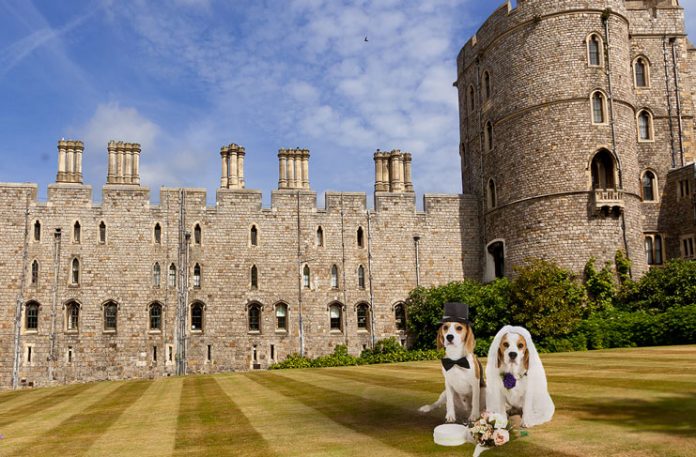 It’s the start of wedding season and with a royal wedding just around the corner, we’re wondering what could be the big wedding trends for this year?

A survey of UK pet owners commission by raw pet food experts Natures Menu has found that almost half of pet lovers (40%) would have their four-legged friend play a part in their big day.

Of the traditional wedding day roles, official ring bearer is the most popular role given to a pet (22%). This was followed by their appearance in the official photographs (20%), engagement photos and save the dates (11%) and walking down the aisle as a bridesmaid (11%). Five per cent also said their dog would be their best man or groomsman on their wedding day.

The results also showed that the younger generation were more inclined to want their pets at their wedding. Over half (56%) of 18 to 24 year olds said they couldn’t imagine their big day without them.

Some of the reasons for inviting pets include: they are part of the family (56%), pets will keep guests happy (44%), I would miss them if they weren’t there (31%), My pet will look great dressed up (17%), and they’d make the photographs more interesting (17%).

Michael Henson, a Digital Marketing Manager from Cardiff, is having his bulldog Bruno as a groomsman at his upcoming wedding. He said, “When my fiancée and I got engaged, we knew straight away that we wanted our much-loved dog Bruno to be a part of our day. We even specifically chose a venue that was dog-friendly. He is going to be an official groomsman and will be standing with me and my best man at the bottom of the aisle watching my wife-to-be walk down!”

Claire Miller, Head Vet at Natures Menu, said, “It’s no surprise that so many people would consider having their four-legged friend attend their wedding day and even give them a role to play.

“Pets are no longer just pets and are now considered an integral part of the family. Having an animal around the house has become a common part of many cultures and our bond with our furry-friends has grown over the years. We love them just as much as much as humans and it is important that we provide our pets with a good, healthy diet that provides them with all the nutrients that they need to thrive.”