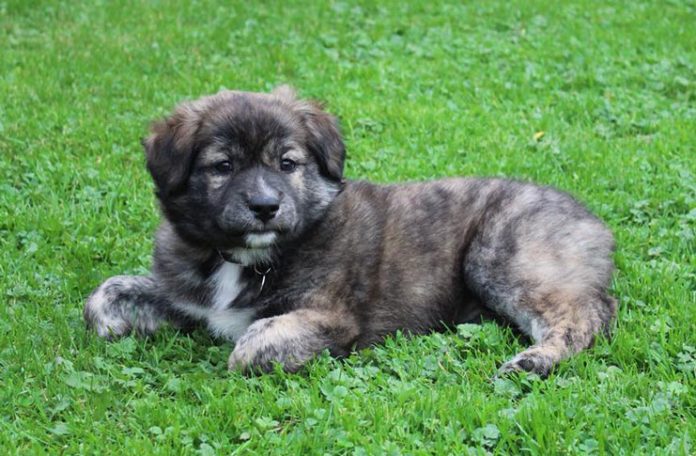 Nova’s tragic story finally has a happy ending after finding her forever home.

She featured on Dogs Monthly in November last year following the death of her littermates and was in need of a special home.

She was welcomed by staff and later gave birth to five puppies. Sadly, tragedy struck and four of the puppies died.

The NAWT Cornwall centre manager, Louise recalls, “Thelma was signed over to us from the dog warden as a stray so her background was unknown. At this point we were unaware she was pregnant although it was evident from her teats that she’d had puppies previously.

“Thelma was about half way through her pregnancy, so we knew we had four or five weeks to get her fed up and ready. The Cornwall centre hasn’t had any dogs give birth at the centre for over 10 years, so the staff were all very excited.

“Thelma had five beautiful pups which arrived happy and healthy, or so we thought. Out of the blue, we began losing pups.

“When we finally got an answer from complicated tests, we found out the puppies had inherited Canine Herpes from Thelma.”

Despite her illness, Nova began building strength but finding a home could be more challenging. Her illness meant it was recommended that she should not live with other dogs or come into frequent contact with them.

Seven months on and Nova has been successfully rehomed. She’s now said to be settled into her new home and is enjoying life as a happy and healthy puppy.