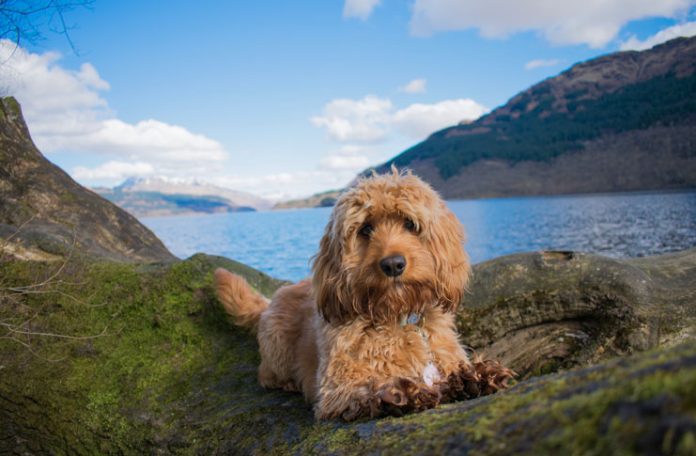 One-year-old Cockapoo, Poppy, has beaten off thousands of dogs to be hired as Canine Critic for a dog-friendly holiday letting agency.

Poppy, from Cheltenham, will now begin a series of free stays in a selection of cottages accompanied by her owners who will provide a review for each.

Caninecottages.co.uk began their seven-week long search earlier this year and received applications from around the UK.

Despite her youth, Poppy has already dragged her owners up various mountains and enjoyed a ten-day road trip around Scotland to celebrate her first birthday. She loves to paddle, dig, snuggle and unearth hidden gems off the tourist trail, but is afraid of wheelie bins. She also has her own Instagram account.

Documenting her trips will be owners Cara Whitehouse, 27, and Andy Jarvis, 29, who are both keen hockey players and they bring their number one fan Poppy everywhere with them.

Upon hearing the news that Poppy had got the job, Cara said, “We’re over the moon that the UK public has voted for Poppy to be the latest Canine Critic. Poppy is just a normal dog, living for weekend adventures, and we’re so excited she’s got the chance to do what she loves around the UK!

“We’ve both always loved dogs and grown up with terriers, so got Poppy last year after lots of nagging from me! Since getting her she’s got us discovering new places, including various hills and mountains all around the UK. She comes with us everywhere we go, and she’d run on the hills all day if she could!”

Georgina Allen, Marketing Manager at www.caninecottages.co.uk, said, “We were blown away by the number of applications for the role, and that really is testament to the love that we all have for our dogs. Narrowing the applications down from thousands to the final three was incredibly difficult, so we let the public have the final say! Poppy is exactly the pooch we were looking for; her love for adventure and travelling will make her the perfect critic of our properties and locations. We’re excited to be sending the trio on their first assignment and can’t wait to follow their adventures online.”