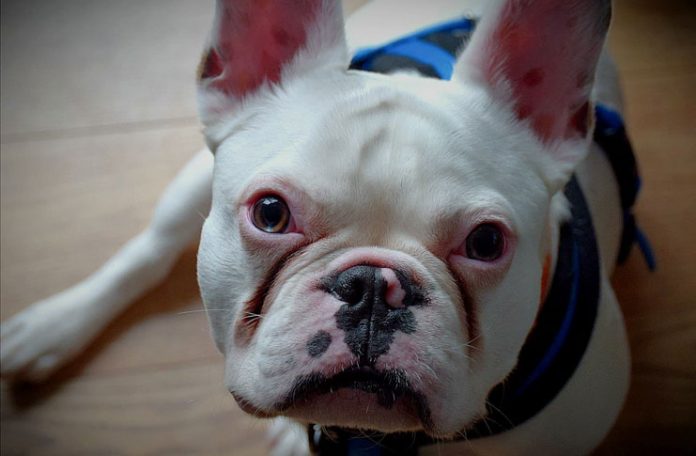 A French Bulldog puppy who needed life-changing surgery to correct a serious problem with his hind legs is said to be recovering well in his foster home after his first operation.

Ernie was relinquished to the National Animal Welfare Trust (NAWT) when his owner could no longer cope and the charity launched an appeal in April to help raise funds towards his surgery.

The condition causes him pain and reduces his mobility, something very frustrating for a young dog who wants to play. After being examined by the local vet, it was determined that both hind legs required an urgent operation.

Thanks to the support the NAWT received, the surgery went ahead and Ernie’s foster carer is now awaiting the date for his second operation on his other leg.

Lizzie Reffell, the NAWT Clacton Centre Manager said, “He is recovering slowly at his foster home with a lovely couple who adore him.

“Ernie was sent for surgery on the day of their wedding, so we were all hoping it was a success.”

Be Kirkby, Ernie’s foster mum added, “He is so sweet and affectionate but still is a cheeky puppy who loves to chew anything he can find. We have a large number of chew toys to keep him busy.

“Next Saturday will be his first birthday. We are so happy that at least one of his legs is now pain free. It’s hard to imagine that he spent so much of his short life in pain.

“We are waiting to find out when his second leg surgery will be, I think he dreams of running on the beach and going for real walks. Hopefully this will be a reality in the next few months.”

If you would like to help towards Ernie’s aftercare costs then you can donate via the centre or at https://www.justgiving.com/campaigns/charity/nawt/erniethefrenchie