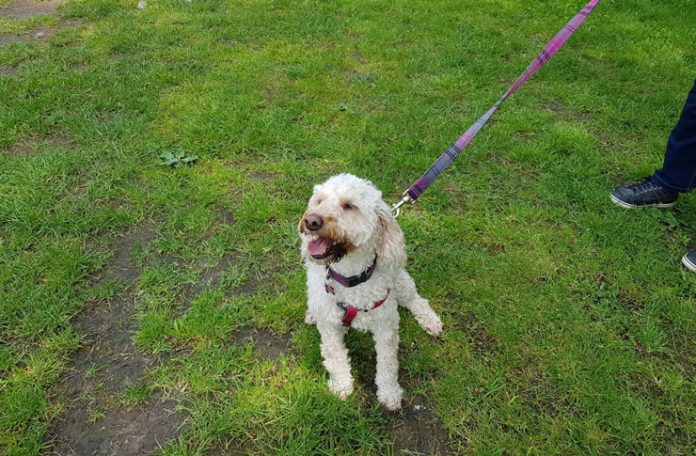 A Cockapoo has triumphed over her competitors to be crowned scent detection champion at the World Scent Detection Association (WSDA) competition held on Sunday (27 May).

Rosie, a Cockapoo, pawed her way to the top of the competition, which was hosted and judged by IMDT and WSDA trainer Jamie Pound in the grounds of Chenies House, Chorleywood, Buckinghamshire. Second place was awarded to Roxy, a Cockapoo, and third place went to Ludo, a Cocker Spaniel.

Linda Flynn, Rosie’s handler and owner said, “The competition was brilliantly organised by Jamie and Gemma. Along with plenty of walks, my Cockapoo needs the mental stimulation that the Scent Detection classes give her. Perhaps I should change her name from Rosie to Nosy?”

The dogs were challenged to find twelve scents: six catnip in the Active Search and six gun oil in the Passive Searches. In the Active Searching, six small red rope toys with the catnip scent were hidden. Dogs had to rapidly find and return each toy within three minutes.

In the Passive Searches, competitors had to locate hidden gun oil buds held in two tents. The first tent dog and handler had to navigate around chairs and a chalk outline of a body. Rosie’s time was one minute, twenty-three seconds.

In the second tent dog and handler were confronted by models of three world leaders to distract the dogs, as they tried to find one of the scents buried in the grass. Rosie managed it in one minute, two seconds.

Jamie Pound said, “It’s been great to see Scent Detection Training at Chorleywood Dog Training become so popular over the last two years, this was the first of many more scent competitions and trials. Today’s winner Linda and Rosie came to me a couple of years ago looking to do something fun together, and wanted to try agility, however we struggled to gain focus in agility courses even though she loved the tunnel, then she tried Scent Detection. She has thrived and enjoys her work as a Sniffer Dog and a year later she is now Top Dog of the First Ever WSDA Scent Competition. Well Done Rosie!”

The World Scent Dog Association aims to train dogs to compete in the ultimate scent competition: The Man Hunt. The Man Hunt is a new sport from the WSDA which requires you and your dog to compete at various levels to solve mysteries. Jamie has trained with the Nando Brown’s School of Canine Science and is qualified to train handlers and their dogs for the WSDA Competition.