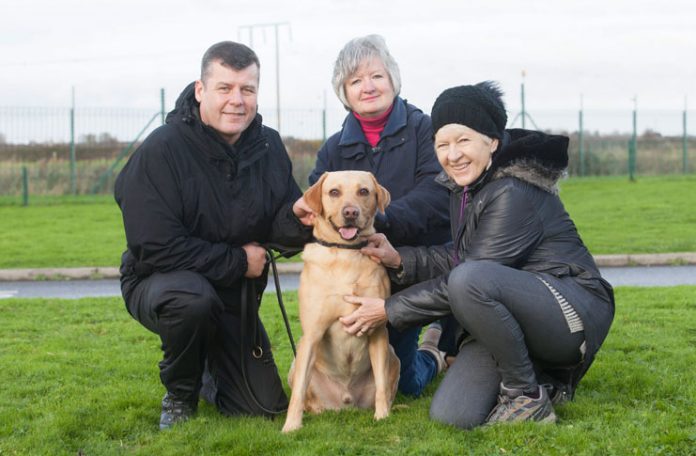 The countdown is on for the 2nd reading of Finn’s Law in parliament, and support for this life-saving bill is still growing.

The Service Animals (Offences) Bill 2017-19 will make it an offence to attack service animals, including police dogs and horse and assistance animals.

Many Police and Crime Commissioners (PCC) and members of the public have already backed the campaign, including North Wales PCC Arfon Jones who spoke out after the proposed Service Offences Bill suffered a setback in the House of Commons when the Ministry of Justice tabled an official objection.

Finn, the police dog who gave his name to the campaign is Finn, has helped raise awareness of why this Bill is so important through his own experience. In 2016, Finn and his handler PC Dave Wardell, from Hertfordshire Police, were stabbed whilst chasing a robbery suspect.

As the German Shepherd fought for his life, pictures of injured Finn circulated on the internet. It was a great shock when Finn’s attacker was charged with only criminal damage for his attack on Finn, as dogs are considered property in the eyes of the law.

According to Mr Jones, a former police inspector, service animals are the unsung heroes of policing and deserve a better legal protection, “Police dogs and horses play an important role in a whole range of areas like crowd control, drug detection, searching for missing people and catching offenders.

“It is wrong that these animals are treated as equipment because they are key members of the frontline policing team.

“They risk harm on a regular basis to keep their handlers and the public safe and legislation should be amended to give them the protection they deserve.”

Mr Jones has set up a scheme to check the welfare of police dogs in North Wales. Volunteer dog welfare visitors, Marie Jones and Clare Vickers, make monthly unannounced visits to view dog training sessions or visit dog handlers and their canine companions out on patrol. They aim to ensure police dogs are properly cared for, happy and their working conditions are acceptable.

Mr Jones adds, “It’s important North Wales Police is transparent and the general public has confidence that the dogs are properly cared for and trained well. North Wales Police and Cheshire dog sections work very closely together and share training.

“I know the dog visitor scheme is working well in Cheshire and I was encouraged to set up the scheme by Sergeant Howard Watts, a North Wales dog handler, who pushed for its introduction.

“It is important we have independent checks and controls in place to ensure good animal welfare standards are robustly maintained. We must ensure our dogs are happy and well cared for.

“What we need to do now is to put Finn’s Law on the statute book so we plug this unfair gap in the law.

“It is only right and proper that service animals are afforded the same level of protection as domestic animals.”

Over 127,000 people have signed a petition calling for change and the second reading is expected to take place on 15 June. You can contact your MP to ask for their support and to find out more information, visit Finn’s Law’s website.