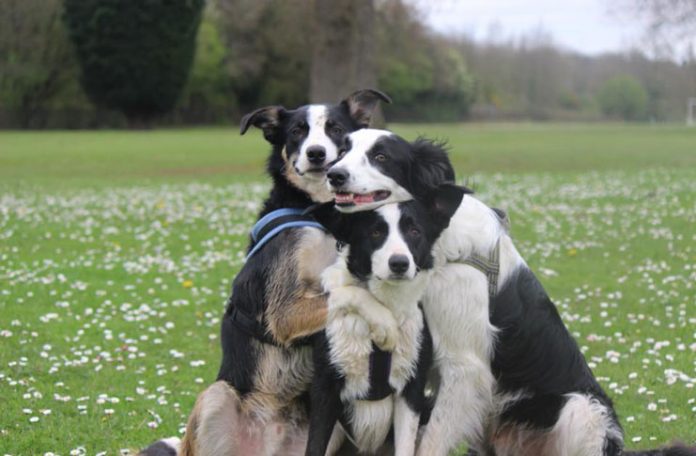 Three dogs from South Wales are proving that three really is the magic number when it comes to friendship, as each plays an important role in helping each other.

From guiding their blind friend to rebuilding the confidence of a fearful rehomed pup, Storm, Ellie and Jetstream are the best of friends.

Originally, Sian adopted eight-month-old Storm from Dogs Trust to help with her confidence and as Storm also suffered from a lack of confidence, the pair instantly formed a strong bond.

Sian noticed that Storm also suffered from severe allergies which caused itching and bald sore patches to form on his skin, so she researched a new diet which could help. After switching to raw food from Natures Menu she noticed an immediate improvement in Storm’s condition. He’s been fed the same ever since and is now sponsored by the pet food brand.

Sian comments, “Sometimes people do not realise that many dogs just need a change of diet to help improve health issues. With a simple switch to a raw diet, Storm’s condition has vastly improved and as a result, so has his overall level of happiness and contentment. We have seen a big difference in him and it has definitely had a positive impact – we would never consider switching back!”

Three years on, Storm continues to benefit from the diet and can perform over 600 tricks, including backflips, footstalls and can even play the tambourine. But his most amazing trait to date is the care and guidance he offers his best friend, Ellie.

Ellie joined the family two years ago but was already blind in one eye and after a while, became blind in both which meant she required constant care.

Sian adapted her disc training appropriately to suit Ellie, such as putting holes in her Frisbees, so can hear them when thrown towards her, and she went on to become Wales’ first official disc dog. However, she also struggled with confidence issues.

That’s when Storm stepped in to become her guide, allowing Ellie to lean on her as they walk and offering a reassuring cuddle when needed. The pair have become inseparable.

And last but not least, Jetstream arrived but he had experienced a difficult start to life. The puppy had been kept in a small flat with little training or socialisation which made him very fearful of people, dogs, cars and the outdoors.

The only time Jetstream felt confident was in the company of his brother and sister, Storm and Ellie.

Sian adds, “They’re the best trio of dogs I could ask for. The amount they’ve taught me, friends they’ve allowed me to make and adventures they’ve taken me on are incredible! But most magical is the memories they’ve helped me make, ones which will certainly last me a lifetime. They’re completely inseparable, relying on each other for guidance, support and cuddles when needed.

“Storm, Jetstream and Ellie have not only helped me become the person I am, the fantastic trio have also grown in confidence with the help of one another. I wouldn’t be where I am today without them and couldn’t imagine them ever not being in my life. I am truly grateful!” 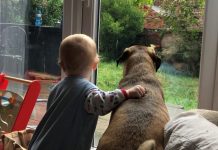