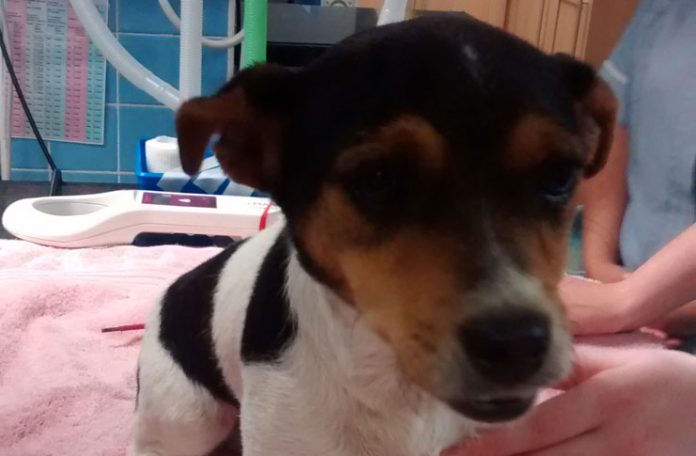 The RSPCA has launched an investigation after a dog was killed when he was thrown from a moving vehicle onto the M25.

A second dog was also thrown but survived the impact.

The incident took place around 6.30pm on Father’s Day (Sunday 17 June) and cars were forced to swerve and brake suddenly to avoid the two dogs. Sadly one dog, a lurcher type, was killed instantly after being hit by multiple vehicles.

The other dog, a small black and white Jack Russell terrier, manage to dodge the traffic and made it to the side of the road. A number of drivers pulled over to help catch him, and one stayed with the petrified pooch until the authorities arrived.

RSPCA animal welfare officer Peter Warne said, “This is an absolutely outrageous thing for someone to have done. The danger that this act put not only the dogs in, but also the many people travelling on the road at that time, is just appalling.

“Witnesses who I have spoken to so far did not get a clear description of the vehicle that the dogs were thrown on to the carriageway between junctions 20 and 19 of the major motorway, however, I am appealing to anybody else who may have seen what happened to get in touch with us so we can investigate and try to find the person or people responsible.

“It is terribly sad that the lurcher dog did not survive and was killed in such a horrific way – it seems this poor dog’s death was instant due to the speed that the vehicles were travelling at.

“However, I’d like to say big thank-you to those drivers who were able to safely slow down and help to catch the dog, and the person who waited with him until I arrived. Those people almost certainly saved this dog’s life.”

The Jack Russell has been nicknamed Tarmax and is estimated to be between six and seven years old. He was checked over by a vet and suffered no injuries from the ordeal. The friendly little guy is now with a temporary foster home under the care of the RSPCA, and in time, he will be found a loving new home.

Unfortunately, Tarmax had no microchip. Anyone with any information that may help in the investigation can call the RSPCA’s inspectorate appeal line number, in complete confidence, on 0300 123 8018.