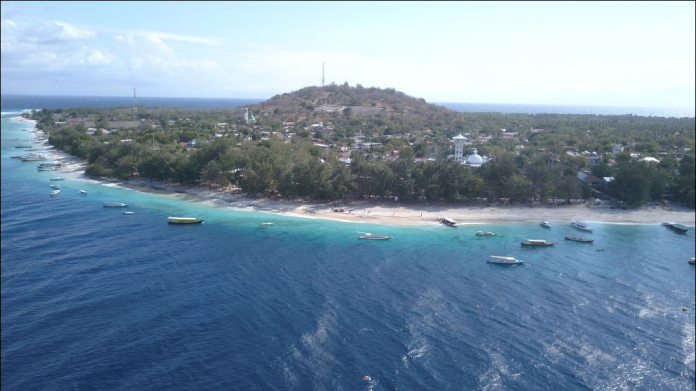 A team of disaster relief experts from animal welfare organisation FOUR PAWS has arrived in the Gilli Islands, Lombok, to contribute to the crisis efforts after earthquakes wreaked havoc through the area, killing around 400 people and displacing around 350,000, as well as leaving thousands of animals abandoned and stranded. 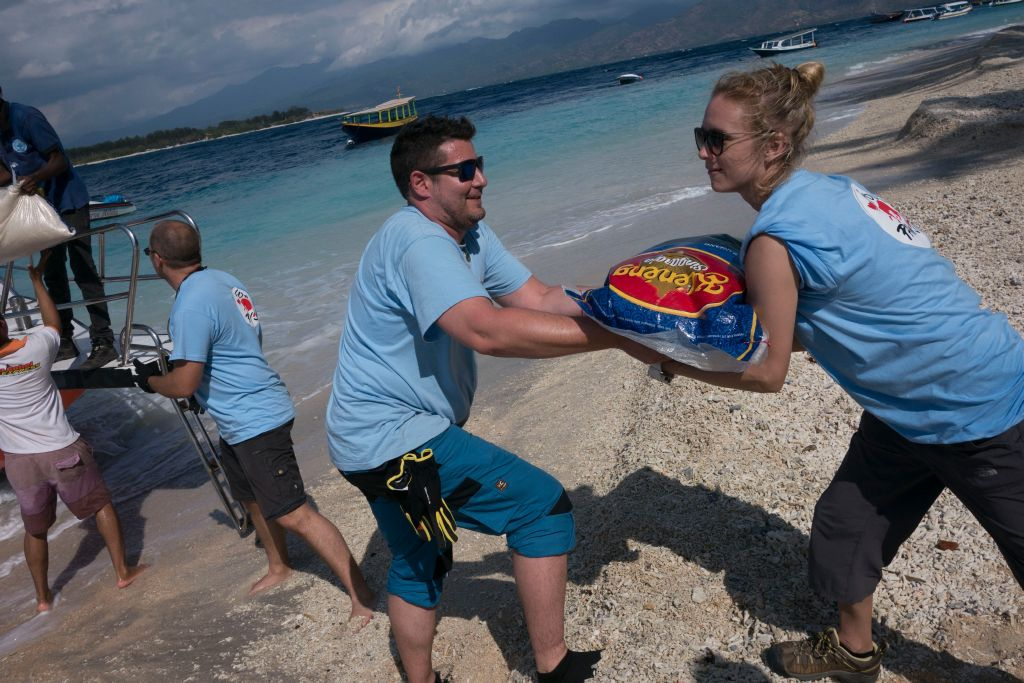 The team has been active in the region since last week, and had been on site helping to provide food and veterinary care to the animals on the island when the second aftershock occured on Sunday 19th August. 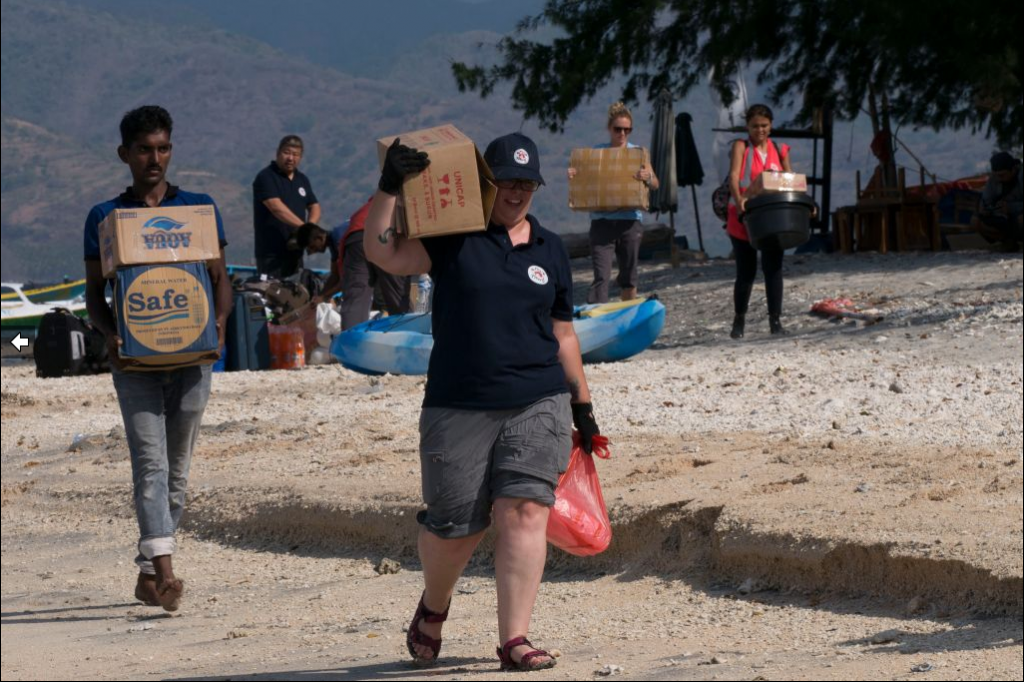 Jackson Zee, FOUR PAWS Director of Disaster Relief, explains, “My team was on the island during the second 6.9 aftershock and it was fearful to feel the ground shaking and see buildings collapsing. Still, we can only imagine how the people here feel with no homes to return to. By providing help for their animals we want to give them some time to take care of their families and slowly rebuild their lives.”

As motorised vehicles are not permitted on the Gili Islands, the community is completely dependent on horses for transportation. Gili Air has more than 100 horses currently running loose. Scared, dehydrated and injured, they are a danger to themselves and to the people still inhabiting the island. FOUR PAWS is aiming to provide essential veterinary care and secure all the animals running loose to prevent them from injuring themselves or others. On Gili Trawangan, there are also around 400 community cats,  which the FOUR PAWS team is helping to treat alongside local vets. 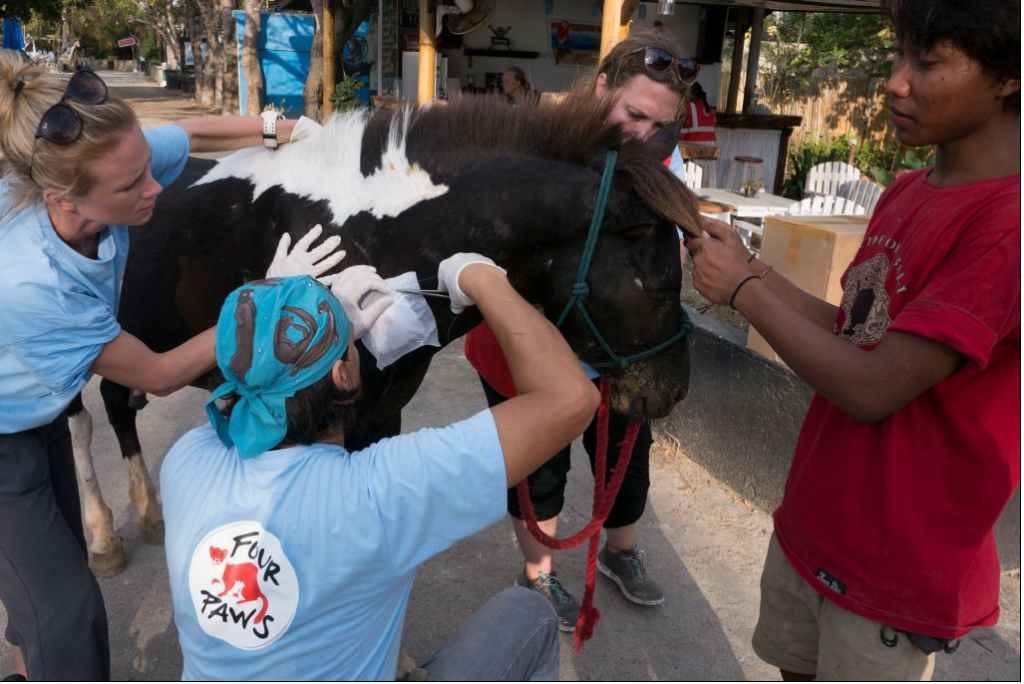 The FOUR PAWS disaster relief team has organised for the provision of over three tons of horse food and over five tons of cat and dog food, which will help to support the animals and their owners for the next two to three weeks. FOUR PAWS has joined forces with several local groups on-site, among them Bali Animal Welfare Association, Jakarta Animal Aid Network, Horses of Gili and Cats of Gili. 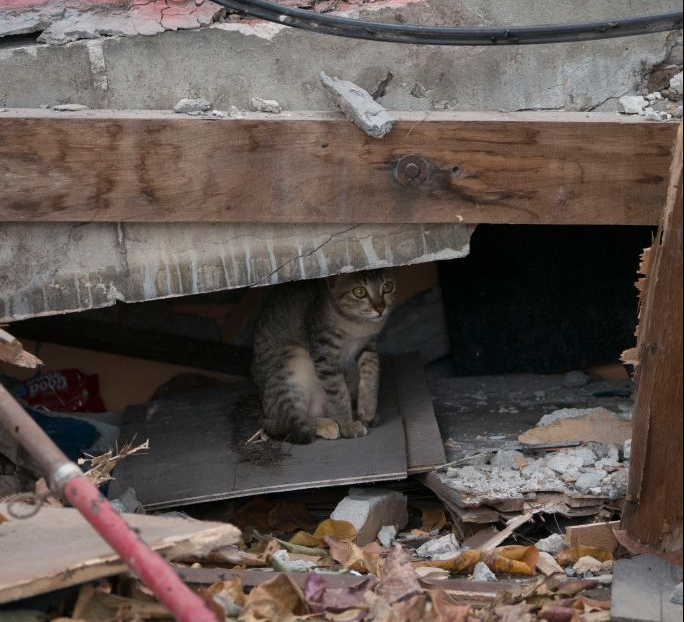 If you wish to donate, follow this link: https://secure.four-paws.org/help-lombok?utm_source=pr&utm_medium=pr&utm_campaign=disaster_relief_lombok