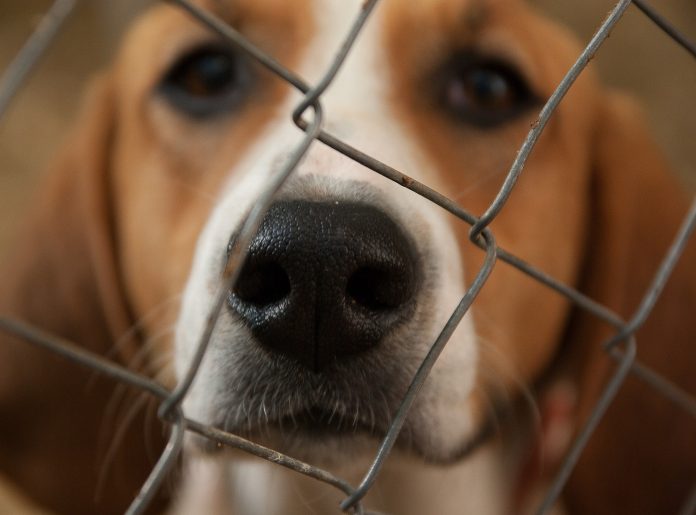 The move comes after Mr Gove’s promises to improve the welfare of dogs in the UK, including a ban on shock collars and Lucy’s Law that will end third-party puppy sales. Mr Gove spoke of the importance of protecting companion animals like dogs and Cruelty Free International wants the government to now build upon this and take dogs out of laboratories.

The campaigning organisation says this is because dogs are most commonly used in ‘poisoning’ or toxicity tests, where they are force-fed or injected with drugs, pesticides and weed killer. Home Office statistic show that more than 3,800 experiments on dogs were carried out in UK laboratories in 2017, not including those experiments that started in 2017 or that were ongoing.

In the letter to the Secretary of State, Cruelty Free International argues that these tests are not only morally wrong but that advancements in science and in the knowledge we have about the emotional and intellectual capabilities of dogs, mean that it is high time that government and other partners put an end to them as soon as possible.

Cruelty Free International has launched a petition to secure a parliamentary debate on the issue as part of the organisation’s Lead the Way campaign to end the use of dogs in UK experiments by 2020. The petition is being backed by celebrity supporters including comedian Ricky Gervais and singer Leona Lewis and signed by almost 30,000 people.

Michelle Thew, CEO of Cruelty Free International, said, “With increasing evidence that dogs are a very poor predictor of how humans will respond to drugs, and the continual advancement in more humane and human-relevant alternatives, the time has come to rethink the use of dogs in UK experiments. We urge the government to step up and demonstrate to the world that the UK’s claim to be a nation of animal lovers is real.”

A science paper by Cruelty Free International published by the Journal of Medical Ethics last year cites findings from recent, ethical, fMRI-based research involving dogs that conclude that the emotional and intellectual capacities of dogs are much more advanced and therefore their suffering in experiments greater than many scientists previously accepted. Scientists involved in these studies believe that the level of emotional intelligence displayed by dogs is comparable to that of a human child aged 2-3 years old.