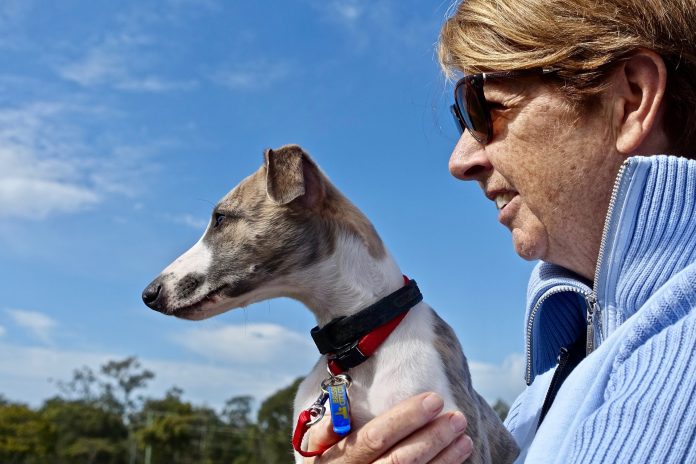 Around this time of year, many parents will see their children move out and head off to university or new prospects.

A survey has found that over a quarter of parents in the UK will then go on to get a new pet to fill the void and 55% said they were happier since getting a pet.

The research carried out by Vets4Pets, revealed that a quarter of empty nesters had bought a pet when their children had left home, with dogs and cats being the most popular choice. Twenty-two percent said it had given them a new lease of life and nearly two-thirds (61%) said it brought them closer to their partner.

Dog owner Elaine from Wigan believes the number of parents who subconsciously bought a dog or cat after their children left could be much higher. She explains, “When my son left home for university the house seemed quiet, so I bought Henry (a Lhasa Apso). It all seemed to happen naturally.

“I’ve never really thought about it, but I suppose subconsciously I did get Henry once my son had left home.

“Although I wasn’t conscious that I might have done that, to replace him if you like, I wonder whether that did affect my decision to get Henry.” 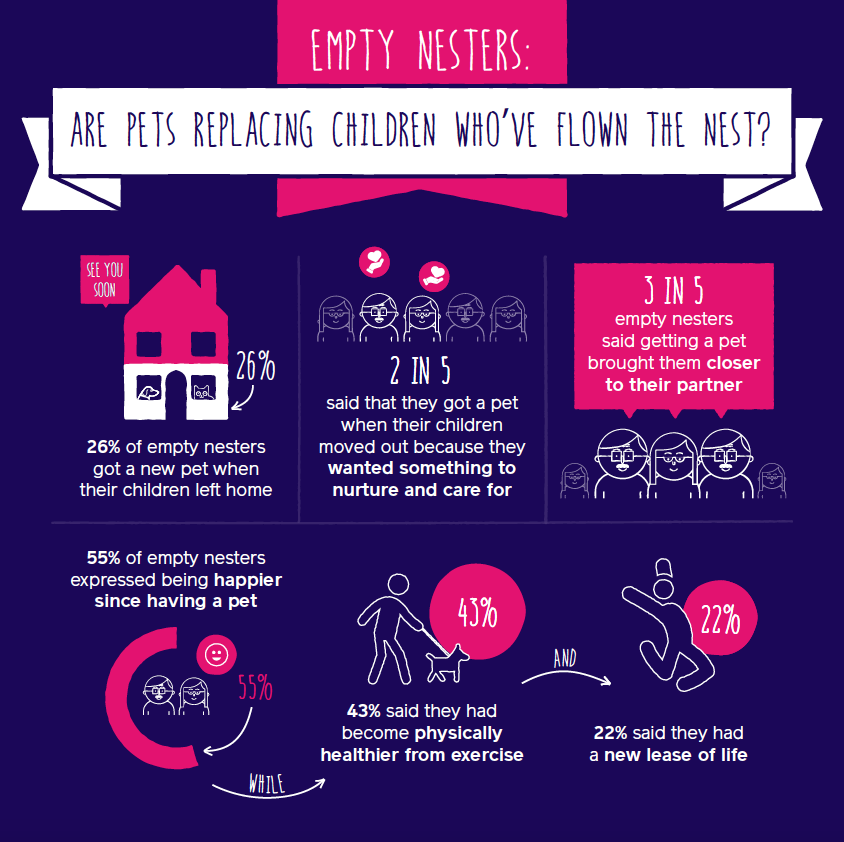 Of those that did buy a pet, two in five admitted they did so because they wanted something to nurture and care for. A similar number cited companionship as a reason for getting a pet.

Dr Huw Stacey, vet and director of clinical services at Vets4Pets, says, “Pets provide a wonderful addition to our families and homes. They can help create fantastic memories and offer unconditional love and companionship.

“Of course all pets need a loving home, with a suitable living environment and diet to help give them the best start in life, along with time with their owners.”

As well as providing happiness, other benefits of pet ownership included people becoming physically healthier from exercise (43%), and improved mental health and wellbeing due to companionship (48%).

Elaine adds, “I would say that in the time that I’ve had Henry, my emotional wellbeing has improved tremendously.

“There’s something about him that’s emanating this feeling of isn’t life wonderful. It’s lovely that he’s a part of my life and I’m a part of his life.”