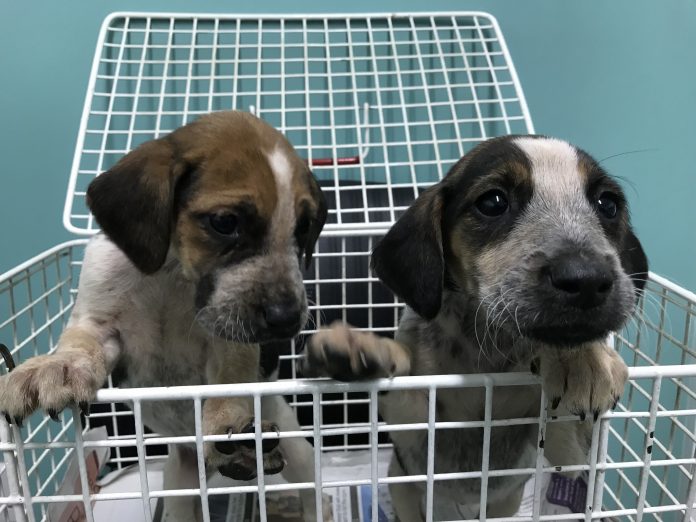 The RSPCA are checking local CCTV cameras in an attempt to trace a person who dumped three sick puppies on a woman’s doorstep in Leicester.

I just can’t imagine why someone could be so cruel – I am just glad I was in the house at the time and able to help them.

Sunday evening (Oct 7) at around 7.15pm Geraldine Astill heard a yelping noise at the front of her house in Leicester. After investigating she found one gravely ill looking puppy on her doorstep and two sick puppies by her wheelie bin. 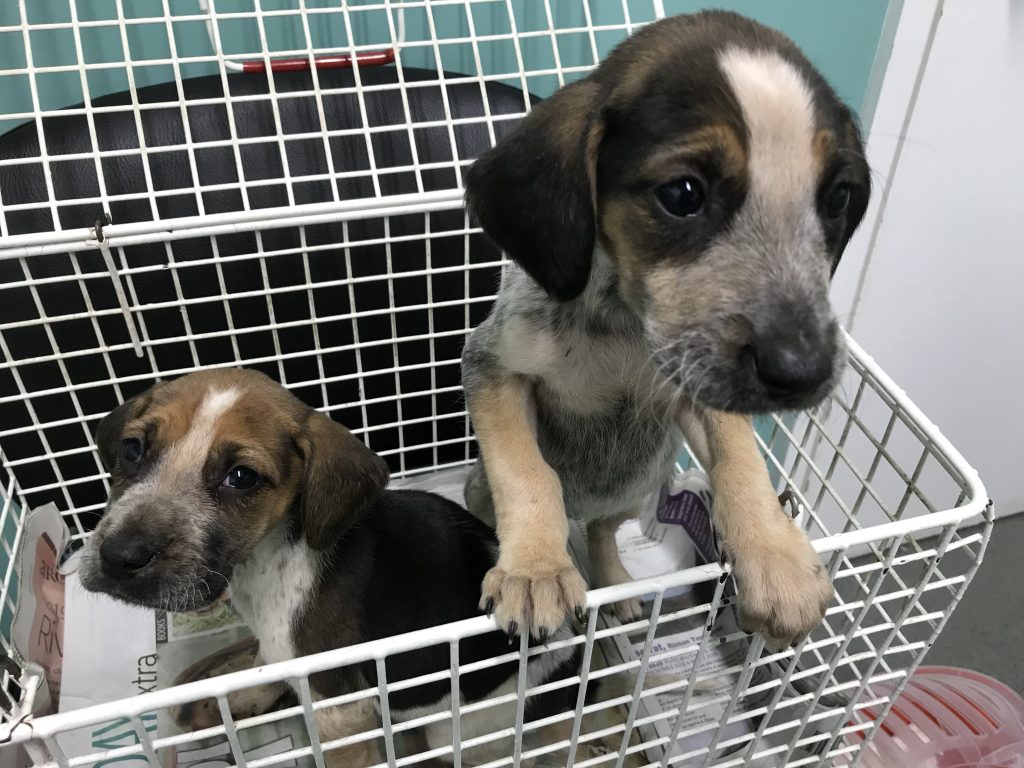 She took the mixed breed puppies inside her home, wrapping the very sick pup in a blanket, before alerting the RSPCA. Mrs Astill said, “I was in the house at the time, my husband had just gone out and I could hear some kind of whimpering and wasn’t sure where it was coming from.

“I had a look round and realised it was coming from the front of the house so I opened the door and found one puppy really sick on the doorstep, at that point I wasn’t sure if it was dead as it was so still and not breathing well. Then I heard the whining continue and found two more puppies sat down near my bin. It was quite a shock. 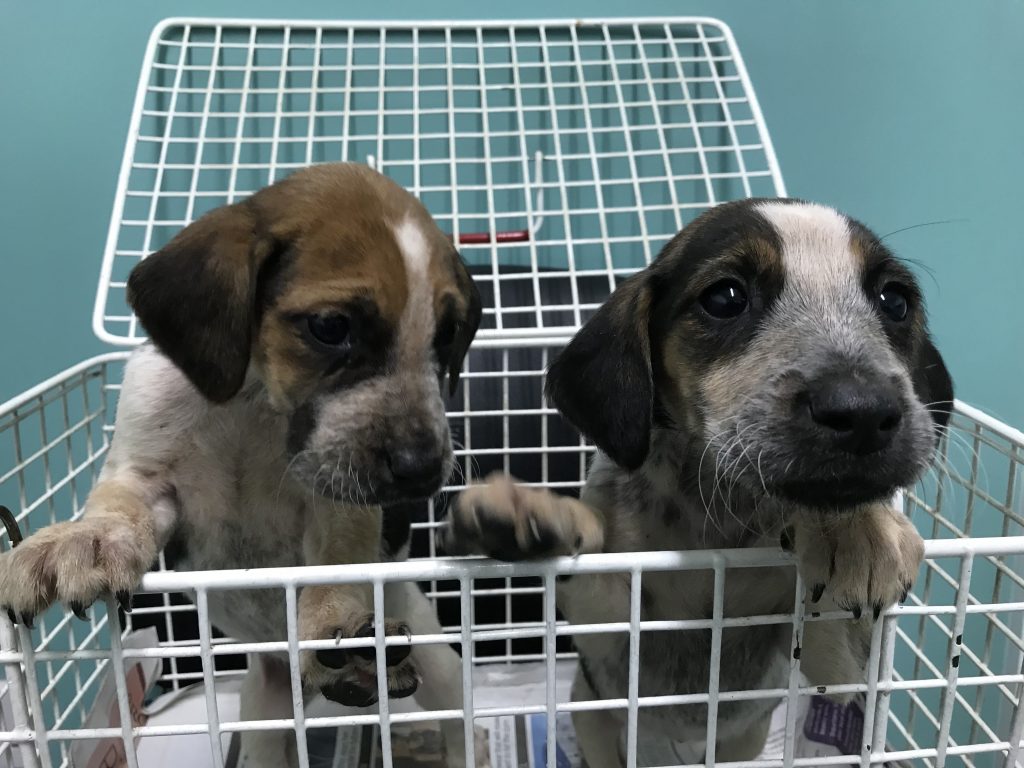 “The poor things were very thin and I took them inside and gave them some food while comforting the particularly poorly puppy. I just can’t imagine why someone could be so cruel – I am just glad I was in the house at the time and able to help them.”

The three female puppies were taken into care by RSPCA animal collection officer Sharon Knight, who were then given emergency veterinary treatment. Sadly the one which was gravely ill died in the night.

it is disgusting that someone could simply dump them when they so clearly needed help – they are such lovely little characters.

The two other puppies were found to be emaciated, full of fleas and had severe diarrhoea but have been transferred to the RSPCA’s Woodside Animal Centre in Leicester where they are now recovering and have been named Kate and Naomi, after supermodels Kate Moss and Naomi Campbell.

Sharon said, “They were all very thin but their stomachs were like melons because they were riddled with worms. They also have severe diarrhoea and were full of fleas, it was clear they needed medical attention and it is disgusting that someone could simply dump them when they so clearly needed help – they are such lovely little characters. 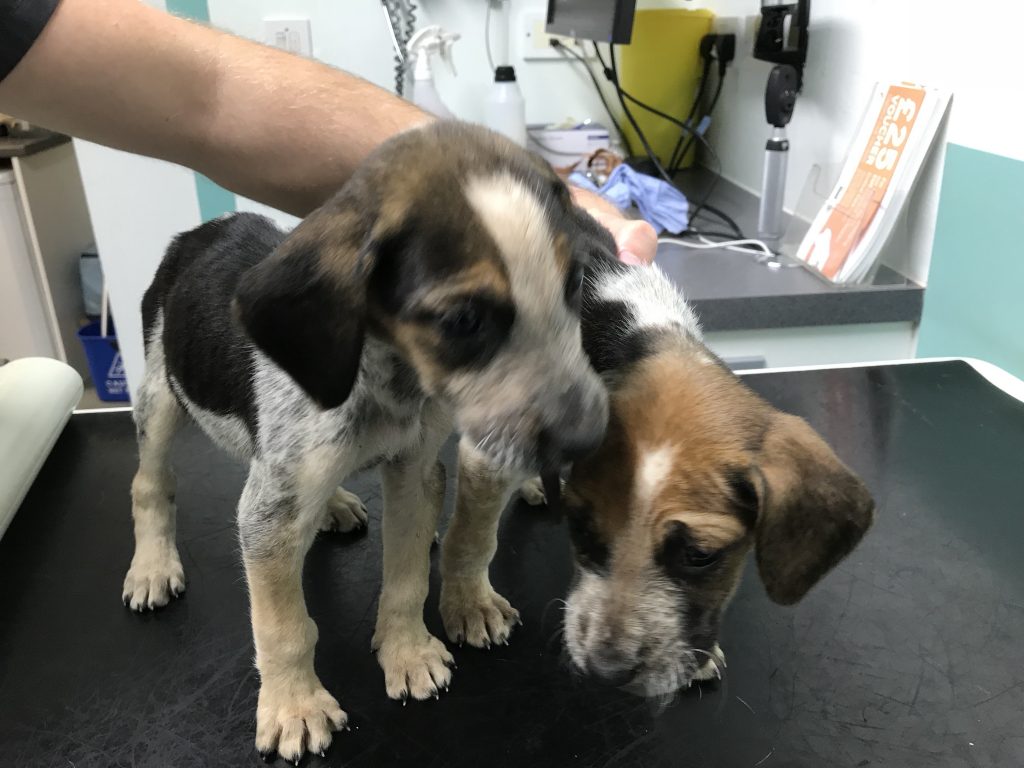 “Unfortunately, abandoned animals is something the RSPCA sees all too often and, sadly, a lot of the time we’re called to help young puppies or kittens who have been dumped. This is why we urge all pet owners to get their dogs and cats neutered. Unfortunately, it’s the charities and rescue centres that have to pick up the pieces when owners find themselves with unwanted litters.”