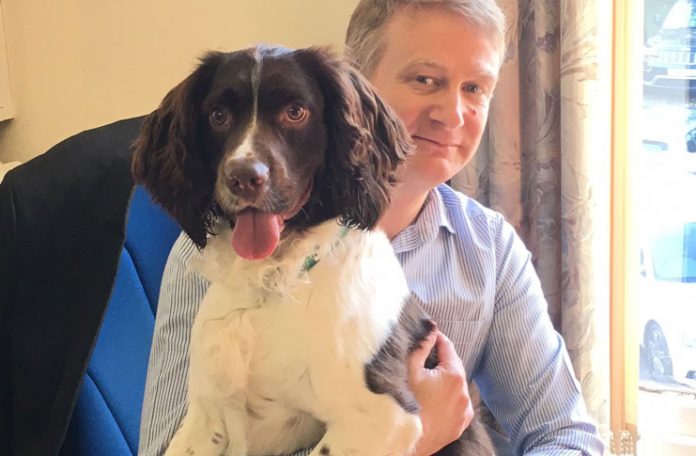 Employees at a Lincolnshire solicitors were encouraged to bring their dog to work earlier this month to mark World Mental Health Day.

Chattertons Solicitors & Wealth Management, which has eight branches across the UK, offered employees the opportunity to bring their four-legged friends into the office to promote a more relaxed, productive and enjoyable environment.

Edward Conway, Chief Executive Officer, said, “The benefits of having a dog are well known, they improve health, reduce stress and stave off depression. This year mental health charity MIND is our chosen charity of the year. World Mental Health Day provided the perfect opportunity to combine the benefits of owning a dog and the positive effects it can have on mental wellbeing.

“Judging by the laughs and giggles coming from staff it is fair to say that the day was a big hit.”

Edward added, “The Spalding office also held its third monthly lunch club. Tracey and Andrew Dawson cooked a lovely vegetable stew with ham and fresh crusty bread also on offer for those that wanted it. This was followed up by a bred and butter pudding. Bailey made a good job of hoovering up any of the crumbs that were dropped.”