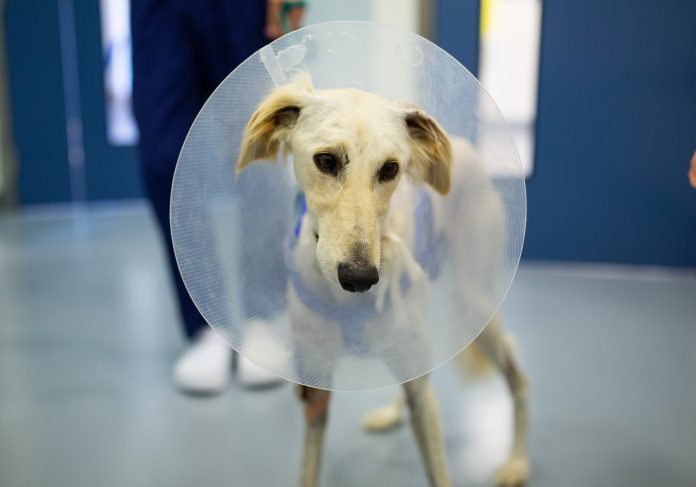 A dog was found badly injured by the side of the road of the A414 in Hertfordshire, but is now on the road to recovery with help from Paul O’Grady and The Pines residential home.

Chester, the one-year-old Saluki was cared for at Battersea Dogs and Cats Home, with the worst injuries some of the staff at the charity have ever seen. He was emaciated, covered in fleas, with several deep wounds on his legs and body. His wounds were so badly infected Battersea vets had to remove the skin tissue. But after a 44-day recovery, Chester’s injuries were on the mend.

Despite his horrifying start to life, Chester remained a loyal dog who loved to be around people. Battersea nurses tenderly cared for the traumatised pup but, the psychological effects stayed with him. Nervous but afraid to be alone, Chester would howl in his kennel only stopping when staff came to sit with him.

Thankfully, Paul O’Grady visited Battersea and took a group of dogs to local nursing home The Pines in Wandsworth to cheer up the residents and it was the perfect opportunity for Chester.

Steve Craddock, Centre Manager at Battersea, said, “Chester has suffered the most horrific injuries in his short life, and as he’s a stray we’ll never know what happened to him, but it’s incredible he’s remained so trusting of people.

“All he wanted was to be around people and was so afraid of being alone. It broke everyone’s hearts to see him this way, which is why we thought taking him to visit a residential home would help him gain more confidence once his physical injuries had healed a bit more.” 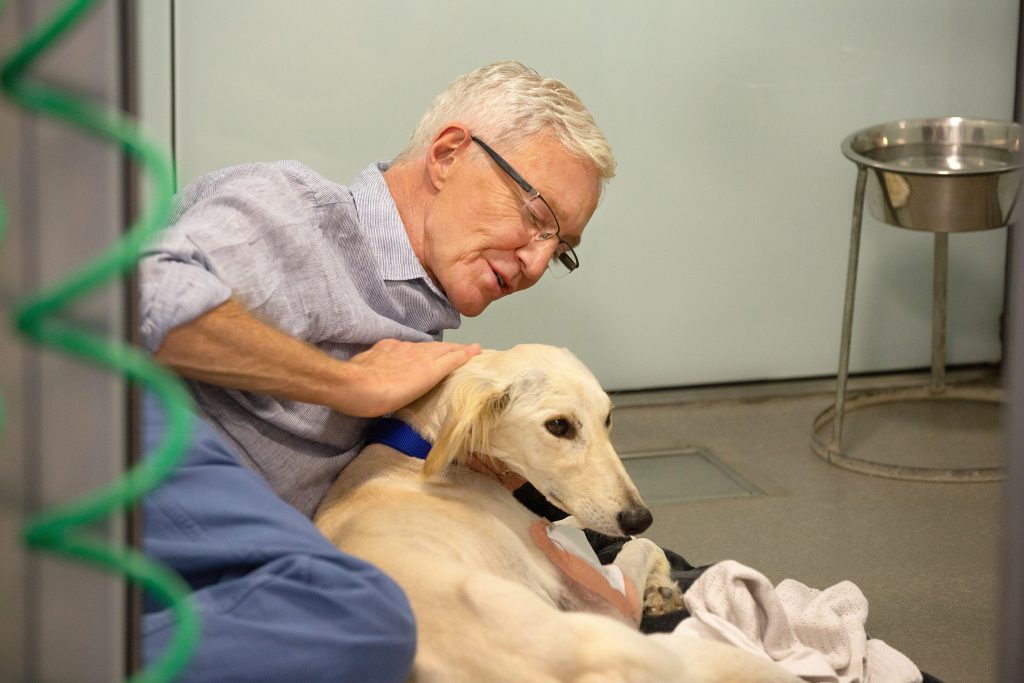 Chester’s full story and the visit to the care home can be seen on tonight’s (7th November) episode of multi-award-winning ITV series, Paul O’Grady: For the Love of Dogs at 8pm on ITV.