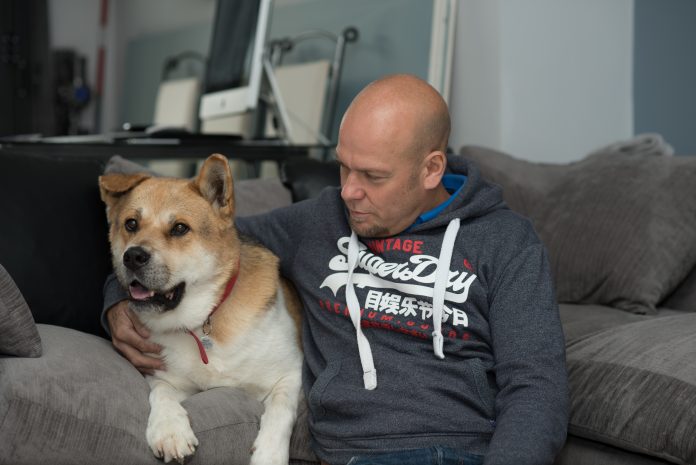 A determined owner made sure that he and his rescue dog stayed as companions no matter what obstacles came their way, showing everyone that problem pooches can still have their happy ending with love, patience and dedication.

An eight-year-old Akita named Burt, was a resident of Dogs Trust Canterbury for over a year before finding a new home in March 2017. He had a history of separation anxiety and became quickly attached to certain individuals. Staff at the rehoming centre took time to grow his confidence using a special training programme, during his time there.

Owner Martin Saunders and his partner fell in love with Burt, deciding they had the time and patience required to give the beautiful Akita a new home. Once rehomed, the couple received ongoing support from Dogs Trust’s training and behaviour advisors, they began to work on Burt’s separation anxiety, gradually building up how long he was comfortable with being left for.

Martin explained, “To start with Burt was getting so stressed that he was actually chewing holes in the fences and getting into neighbouring gardens, but he is such a loyal boy that he simply then waited at our gate for me to return rather than running away. And thank goodness, because you can see how when not able to cope alone, it could have led to him potentially getting lost or causing an accident.” 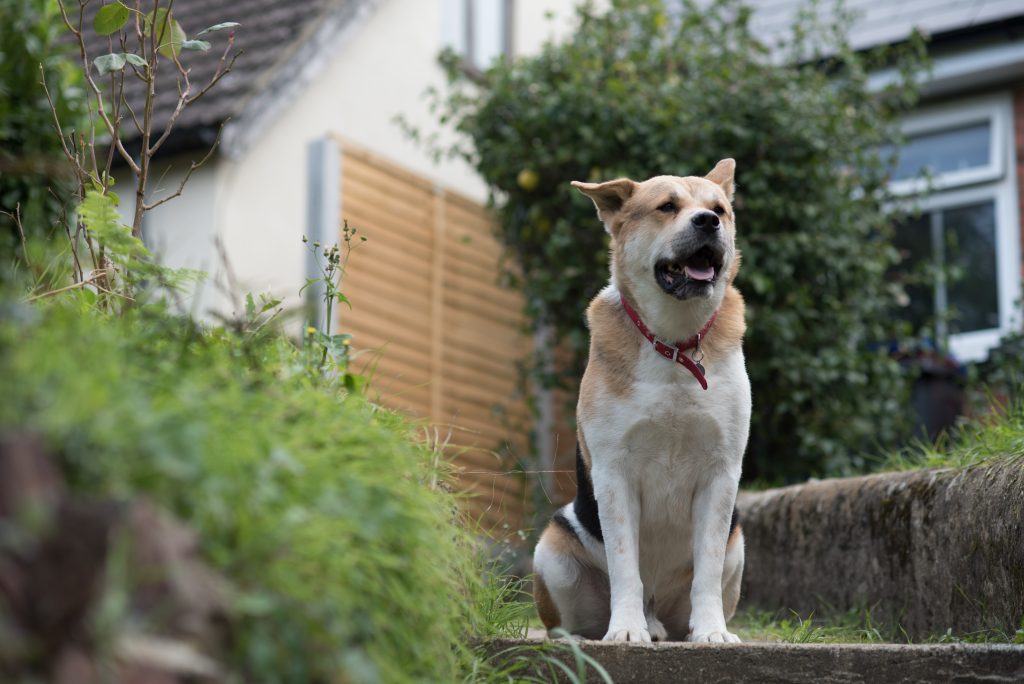 “Our neighbours were great at checking in on him, and my partner was home most of the time to be with him anyway, so it all began to settle into a great routine.”

When addressing separation problems, it’s important to avoid leaving dogs alone at all, just to begin with, so they’re not put in a situation like Burt’s until they have better skills to cope with it.

Another challenge arose and unfortunately, due to a breakdown in the relationship, Martin’s partner moved away and he had to rethink how he could make ownership of Burt continue to work. Burt didn’t get on too well with other dogs so the situation was difficult to manage, but Martin was determined.

Martin decided to work through the obstacles with his furry companion, and Burt now attends Doggy Daycare one day a week and spends the other four days with a dog sitter where there is also a poochy pal (and even a cat!) for him to spend time with. Now aged nine-years-old the confident pooch has his own bedroom in the home as well as an outside play house described by neighbours as a ‘palace’.

Martin said, “By now Burt was firmly a part of my life and I knew I had to do everything I could to ensure he was happy alongside my working full time. I began to slowly introduce him to other dogs and work on his trust issues. I managed to find a few canine companions for him and this opened the door for me to try Doggy Daycare as a solution for us.”

Dogs Trust Canterbury’s Rehoming Centre Harriet Blaskett said, “Martin is testament to a dog owner that decides they will not give up on their four-legged friend against all obstacles that may present themselves. He did fantastic work on building Burt’s positive attitude and feelings towards other dogs, to the point he is even able to be cared for alongside other dogs in daycare. We knew the thought of giving Burt up would break Martin’s heart and are delighted they’ve made such progress and worked through it to a very happy ending.” 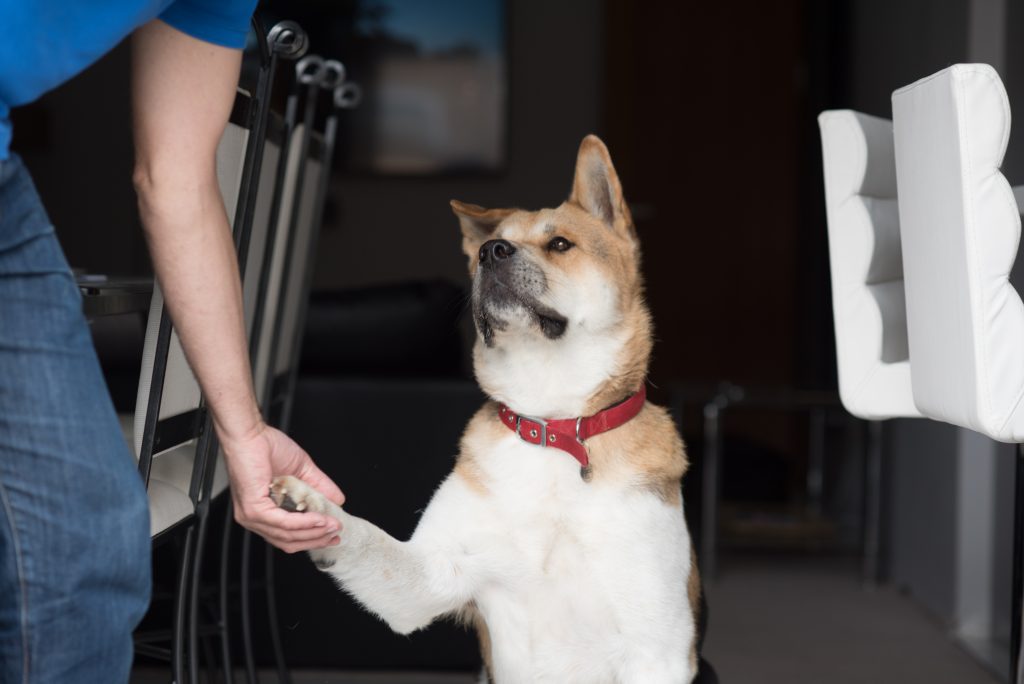 Martin finished, “He’s my best friend and I don’t know what I would do without him. He loves daycare now, and evenings and weekends are our special time together.”