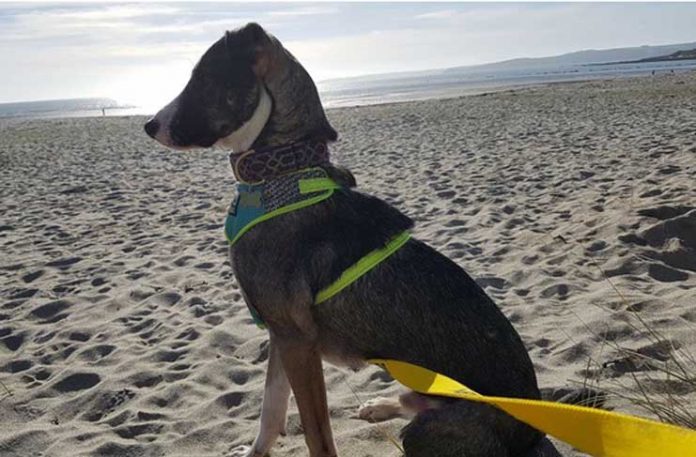 There are thousands of street dogs in Romania, many of which are incarcerated in public shelters. Dog catchers beat and kill them using barbaric methods such as injecting them with anti-freeze or covering their kennels in caustic soda – dogs are treated like vermin.

Charlie (pictured) was in a public shelter at 5 months old, without much human contact.

Vanda Kizmaz, the founder of Noah’s Ark Romanian Rescue, picks up the story, “We arranged to bring Charlie to the UK in March 2018. On arrival, he was suffering terribly from Demodex (‘red mange’) and was so petrified that he would poo himself if anyone came near him.”

Charlie didn’t do too well in foster care, where it was too busy for this scared boy.

Vanda continues, “As the UK rescue due to take Charlie rejected him because of his skin problems, he went into an emergency foster home for a few weeks where treatment was started on his skin and the hard task of socialising him began.”

UK Dog Transport was brought in to transfer Charlie from the emergency foster home to kennels for a while, to rehabilitate him. Tim visited him once a week there and could see he was still struggling with the noise and bustle. Tim asked if he and Gilly could adopt him.

Vanda says, “Once Tim and Gilly took Charlie under their wing, he started to really flourish, both in his health and in his confidence.”

With time and patience, Charlie has blossomed into a really nice, well-rounded dog.

Please consider adopting a dog from Romania. They might be difficult to start with, but the journey from terrified pup to a bundle of boundless energy and joy is incredibly rewarding.

You can help in the following ways: 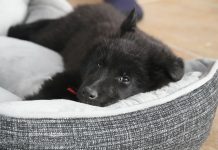 Six of the best… products for your furry friend 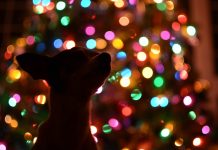 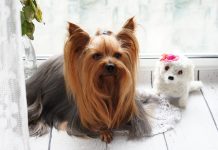 Six of the best…pet-care products for your furry friend