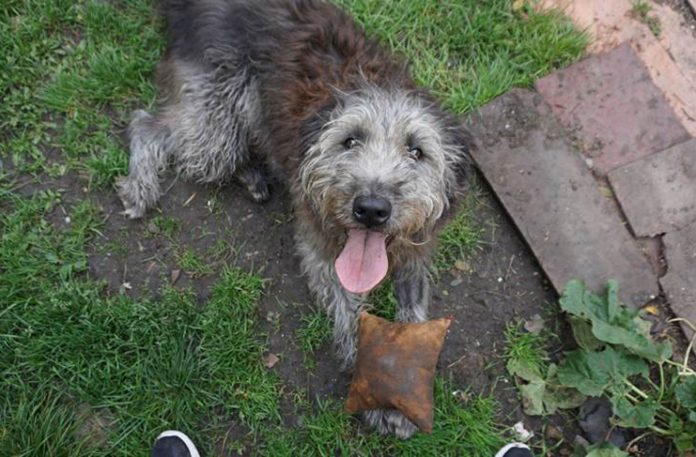 When vets first saw Oscar two years ago to look at a mysterious mass, tests confirmed it was benign. However, the lump began to grow rapidly and soon it was affecting his quality of life.

Luckily, seven-year-old Oscar is now on the mend thanks to the vets and animal welfare team at the Mayhew. The mass on Oscar’s chest had been identified as a lipoma (a fatty lump), but despite not causing him any harm, the mass began to grow and restrict his movement.

The team, who had been seeing Oscar for regular health checks, knew they needed to act and as his elderly owner was unable to take him to a vet, the charity collected him and brought him to their clinic where surgery was carried out free of charge.

Oscar spent six days in their care before reuniting with his adoring owner so that they could spend the holidays together.

As well rehoming pets, Mayhew’s community support work also helps to assist owners who are elderly, unwell or in a vulnerable situation, and their pet Refuge Scheme can provide short-term shelter and care for pets of people in crisis. The charity relies on donations to make all their work possible.