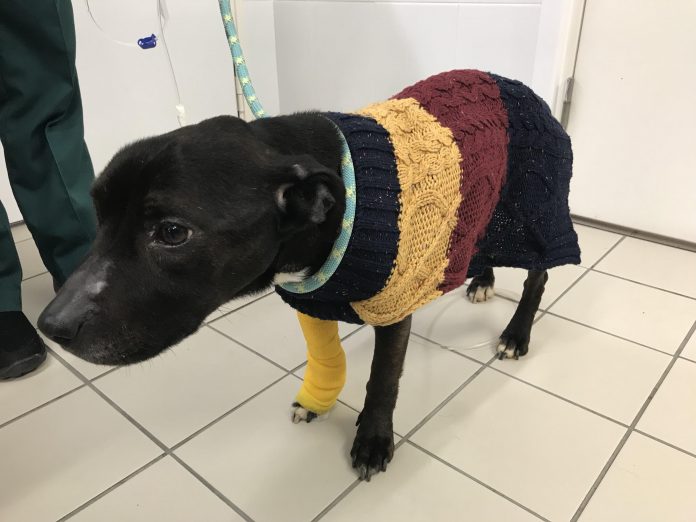 An extremely emaciated Staffie was found abandoned in awful conditions in Grimsby, and is now on the mend thanks to the RSPCA and Blue Cross. 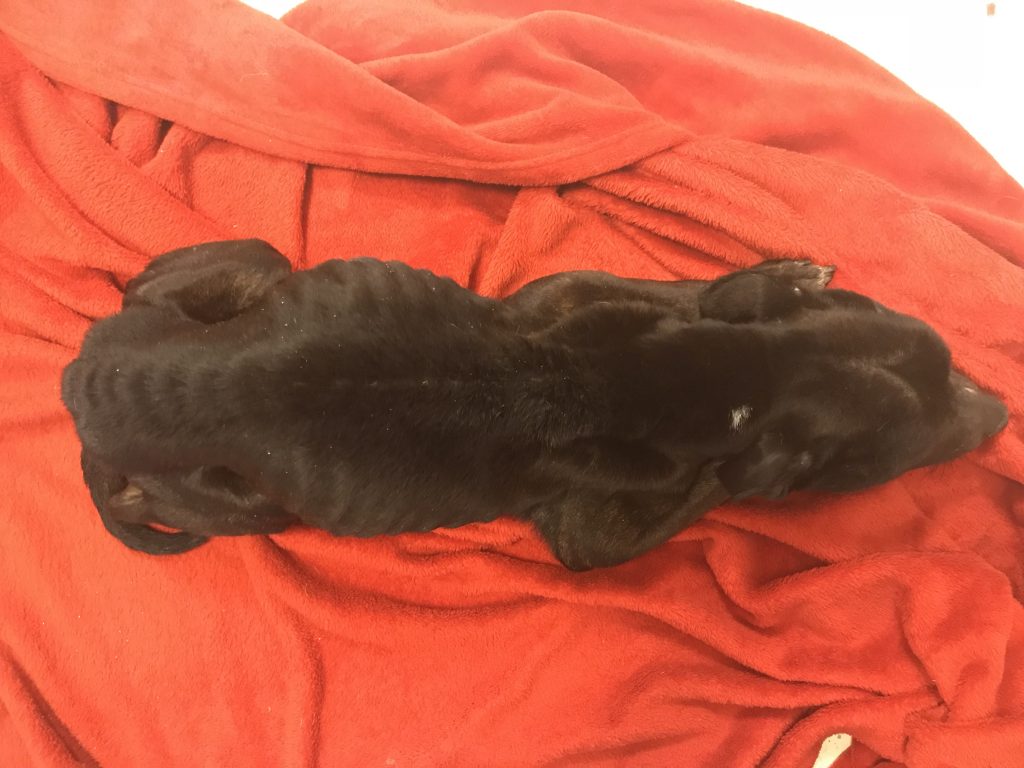 The three-year-old Staffordshire Bull Terrier was rescued from Wooton Road, Grimsby, by RSPCA Inspector Daniel Bradshaw on Sunday 20 January. The poor dog was unable to stand, his muscles had wasted away so severely in his jaw that he couldn’t open his mouth, and he had discharge from his eyes as well as overgrown nails.

The neglected Staffie, now nicknamed Albert, is making great progress after a week of care at the Blue Cross and vets are now very hopeful he will pull through. 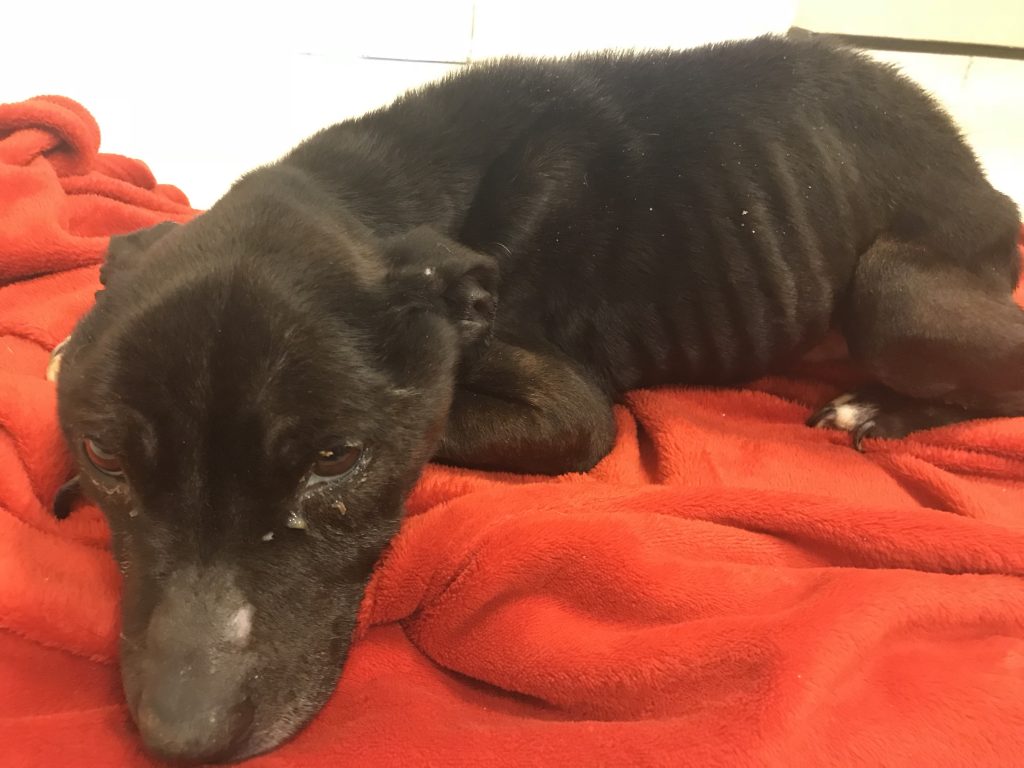 Inspector Bradshaw said, “It was touch and go for this poor fella for a while but he’s put on some much-needed weight and got some of his strength back now. The vets are feeling positive that Albert will pull through – which is brilliant news. He is such a little fighter.

“I was appalled by the condition he had been left in. To think that people could let him get into this state is just awful, so I’m so pleased to see him doing well now. He’s even been running around and playing fetch with a tennis ball!

“Our investigation is still ongoing and so we are unfortunately unable to comment further on this aspect. We are so grateful to everyone who contacted us and helped. We are no longer appealing for information.”