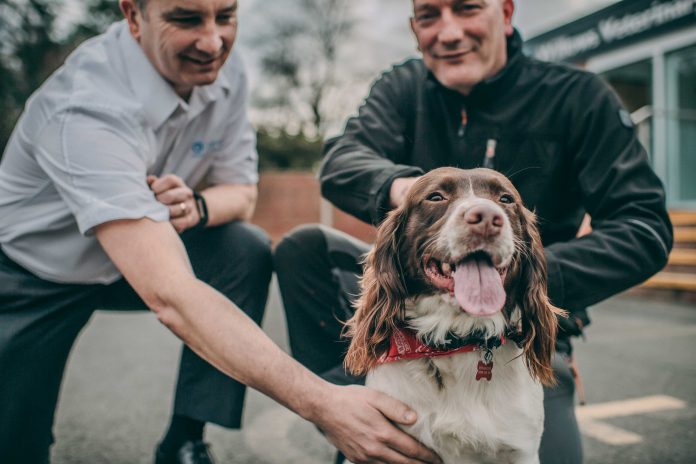 Vets took two hours removing a large piece of wheatsheaf from a puppy’s lung after they discovered it was the cause of a persistent cough.

The veterinary team at Oakwood Referrals in Hartford were stunned when they got to the bottom of the problem which had been troubling Dexter the Springer Spaniel. The 18-month-old pooch was initially treated with antibiotics, which appeared to work for a while. But when his cough got worse, he was referred to vet Ian Hopkins at Oakwood Veterinary Referrals, part of Willows Veterinary Group, who used an endoscope camera to investigate.

The procedure ended up saving Dexter having to undergo potentially life-threatening surgery, much to the relief of his owner, Andy Richardson. Andy explained, “Around six months ago, Dexter developed a cough, which at first, we thought was kennel cough. He was put on antibiotics and he improved slightly but the cough still lingered.

“A few more weeks went by and he seemed to be getting worse so I took him back again. They thought he might have something on his chest, so they did a CT scan which showed there was something on his lung. They put a camera down and found a huge piece of barley corn inside his lung.”

The 48-year-old added, “I couldn’t believe it when I saw the size of it, it was huge. Dexter was really fit and healthy in himself, despite having a persistent cough, he was still permanently active and fit and well in every other way, which is hard to believe when he had this thing inside him. I can only think he must’ve inhaled it when he ran through a cornfield close to where we live in Hartford, because he and my German Shepherd love to dart all around there. I never would imagine anything like this could happen.” 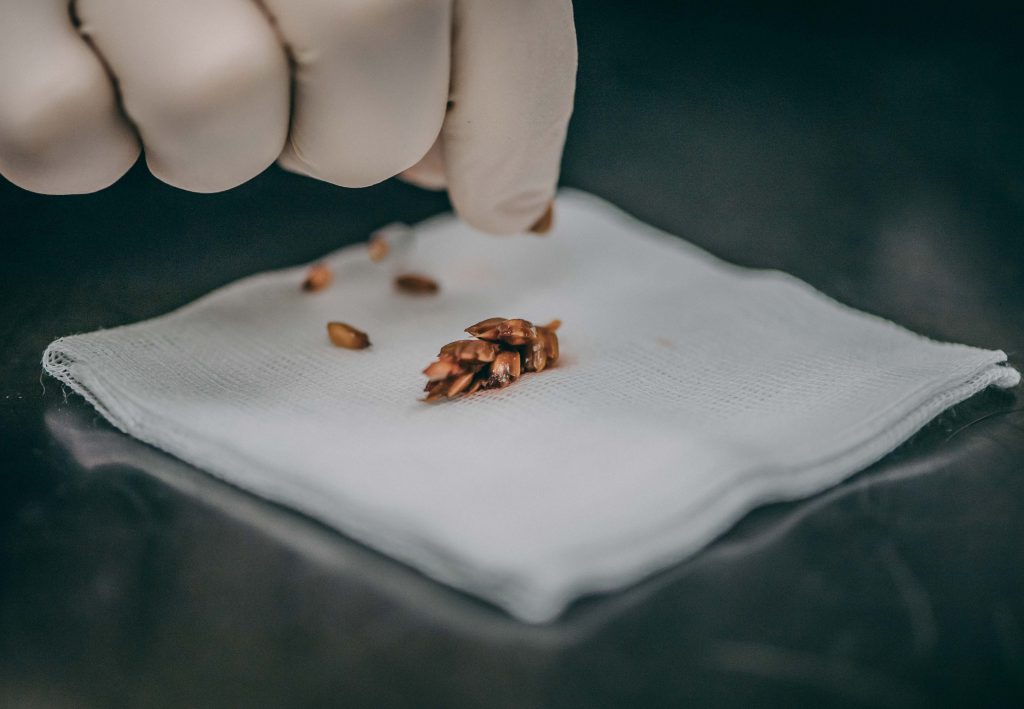 Vet of 26 years, Ian Hopkins said, “Dexter was referred on to me after suffering with a low grade cough for a few months. He had been given antibiotics which had seemed to make a slight difference, but he was otherwise very well in himself and his owner had described him as being fitter than his other dogs so because of this, his cough hadn’t flagged up as anything too serious.

“I was concerned that with him being a young dog who developed the cough during the summer, that he might have inhaled or ingested something so we carried out a CT scan. It was then that we noticed that Dexter’s left cranial lung lobe was badly damaged with localised pneumonia. It heightened my suspicion that there must be a foreign body causing it so we decided to go in with an endoscope camera to get a better look.”

Ian added, “We could see the foreign material in Dexter’s lung but it was too inflamed and hidden by too much purulent fluid to be grabbed and retrieved so the procedure had to be aborted.”

Ian sent him home on antibiotics and anti-inflammatory drugs and tried again one week later using two different sized endoscopes – one to suck fluid and the other to grab the material. He said, “There was still quite a bit of fluid but when we suctioned it away, we managed to use the grabbing tool of the camera to get hold of the object but bits kept breaking away. But bit by bit, we got it all out during a procedure lasting around two hours.

“Working with an endoscope in Dexter’s lung restricts his ability to breathe so our team had to monitor his oxygen and carbon dioxide levels very carefully. We had to keep pausing and removing the camera from his airways to allow his oxygen levels to optimise.

“I was shocked at the size of the corn when it finally was removed. Untreated, Dexter could have had life-threatening pneumonia spreading to the rest of his lungs or a lung abscess developing and bursting inside his chest. I’ve had cases like this in the past where normally the dog has needed surgery, a huge operation which involves opening up the chest to have part of the lung removed.” 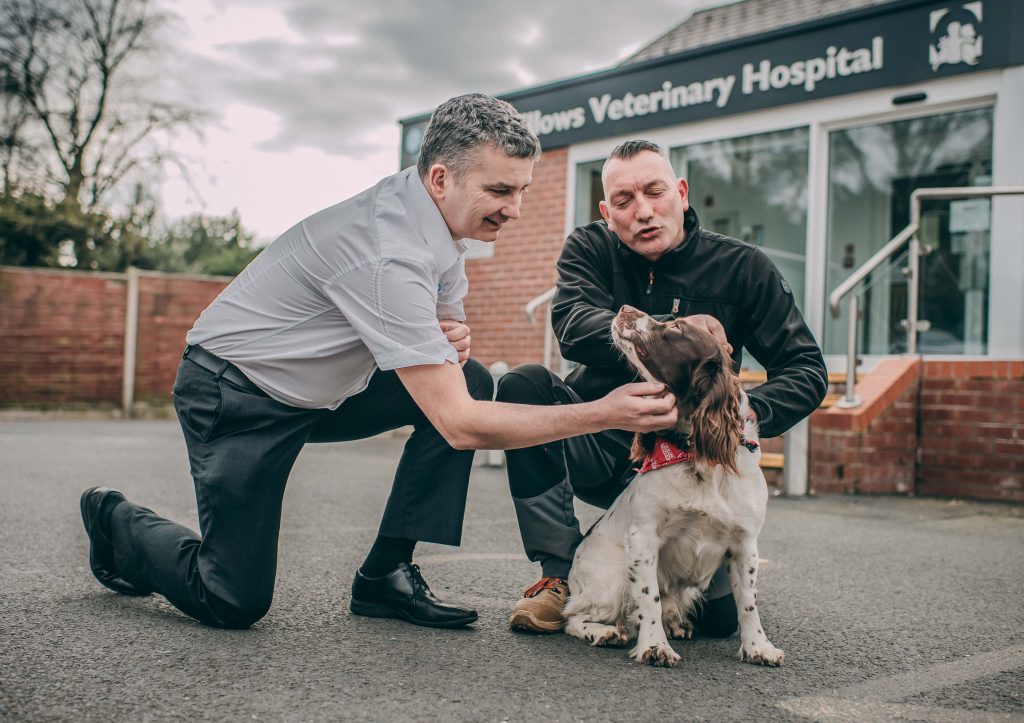 Andy added, “Dexter is fine now. Within a week, his cough had completely gone and he’s been given a clean bill of health. I can’t sing Ian’s praises enough, it was amazing the way he dealt with it. I’m so glad Dexter didn’t have to have an operation because it would’ve been very risky and we could have lost him. Gone untreated, he could have died. I just want to make people aware that things like this can happen because I’d never heard of anything like it before.”