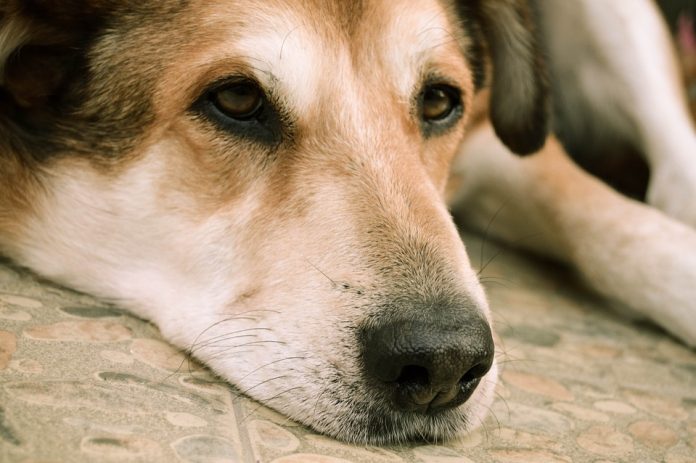 In the UK alone, an estimated 600,000 canines suffer from epilepsy, but a groundbreaking study in the US has suggested that CBD oil could help reduce potentially-deadly seizures by 33 per cent.

Cannabidiol, also known as CBD, is extracted from cannabis plants and only contains trace amounts of the psychoactive ingredient tetrahydrocannabinol (THC).

Medical cannabis, a broad term given to cannabis-based medicine, can currently be prescribed to human patients suffering from rare, severe forms of epilepsy, but researchers at Colorado State University have now tested its effect on dogs with epilepsy when used alongside conventional treatment.

Stephanie McGrath, lead author of the study published in the Journal of the American Veterinary Medical Association, explained, “Dogs were randomly assigned to a CBD or placebo group.

“Dogs in the CBD group had a significant reduction in seizure frequency, compared with the placebo group.

“Given the correlation between plasma CBD concentration and seizure frequency, additional research is warranted to determine whether a higher dosage of CBD would be effective in reducing seizure activity by greater than 50 per cent.”

One UK-based CBD oil brand has welcomed the study but advises pet owners to double-check dosage levels. David Barcly, founder of CBD Armour, says, “If CBD can help animals as it clearly seems to be helping humans, then that can only be a good thing. Obviously, the correct dosage needs to be taken into account.

“Animals would be given a much smaller amount than humans.”

CBD has surged in popularity in the UK and can even be sold as a food supplement. Many pet owners have also turned to CBD products to treat their pets’ ailments, with some already using it to treat epilepsy and others using it to help relieve their pets’ stress and anxiety.

The British Veterinary Association has stated that more research is needed to determine the benefits of CBD oil before proper regulation is brought in.

Junior vice president of BVA, Daniella Dos Santos, says, “The use of cannabidiol (CBD) to treat pets is a live issue in the veterinary profession.

“While research is ongoing to look into its efficacy and risks, there is currently a lack of sufficient robust evidence to demonstrate health benefits and safety of CBD use in pets.

“The veterinary medicines regulator has stated that any products containing CBD must be regulated as a medicine, supported by scientific evidence and rigorously tested.

“At present no CBD-based products have been granted veterinary marketing authorisation in the UK.

“We’d encourage owners who have any concerns about their pet’s health to speak to their local vet for professional advice on safe and effective treatments.”