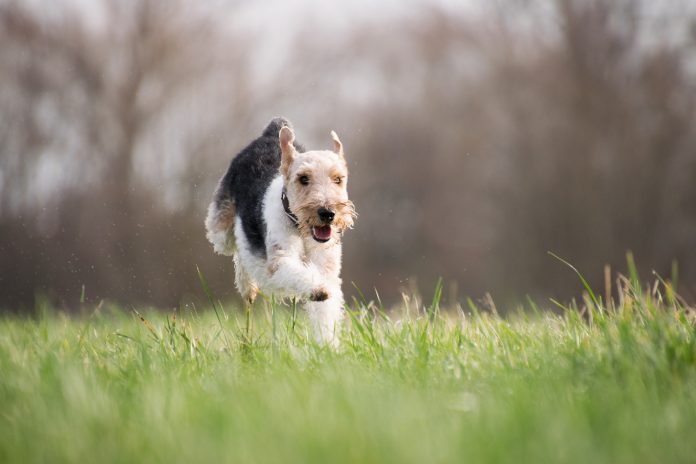 Dog owners could be putting their pet’s health at risk unless they carefully monitor how much exercise they have each day, according to new guidance from Hartpury University.

Research by animal science lecturer Aisling Carroll showed that daily exercise should always be tailored to the age, size and breed of each dog. Aisling has offered advice based on her own studies and an examination of previously published in a wide range of veterinary journals.

Says Aisling, “Dog owners are recommended to walk their dog daily, to keep the animal physically active, to prevent it gaining too much weight, and to provide mental stimulation.

“But depending on the breed, because of differences in their genetic make-up, age and size of the dog, the physical requirements and limits to exercise will differ.

“Toy breeds, for instance, such as Chihuahuas, require up to 30 minutes’ exercise a day as adult dogs, while larger breeds, such as Labradors, need more than two hours’ exercise daily.

“All young, developing dogs undergo significant physical changes, especially during the first 18 months when they’re particularly susceptible to damage such as fractures that can cause abnormal growth, pain and lameness.

“For puppies up to six months, it is recommended that exercise focuses on strength activities such as short walks or short swims, and gentle play tugging.

“For dogs between six months and 12 months of age, the duration of these activities can be gradually extended with more free, off-lead work included due to the increased stability of the musculoskeletal system.

“Owners need to be aware that some dogs may push themselves beyond safe limits, particularly in multi-dog households where young dogs are exercised in a similar way to adult dogs.

“It is advisable to set boundaries with young dogs, particularly those that are more energetic or boisterous.

“If a dog is over trained or over exercised, this can lead to reduced fitness, poor athletic performance, reduced resistance to infection and an increased chance of injury.”

Aisling recommends that competition and working dogs are given at least one day off every week to ensure adequate recovery of soft tissue structures, such as muscles and tendons.

She advises that, as elite canine athletes, these types of dogs are exposed to more stresses and strains than the average pet dog.

“Canine sports medicine and rehabilitation professionals have observed that agility dogs trained at a young age to weave or jump and that may be trained repetitively, have an increased risk of injury or develop problems later in life,  such as chronic spinal issues,” she says.

“It was found that agility dogs experiencing severe lumbosacral disease had frequently had a history of being over trained at a young age. These were most commonly larger, more heavy-set breeds, such as Golden Retrievers.

“This condition appears to be much less common in dogs that began intensive agility training when physically mature.”

Aisling adds, “Due to the rapid development and expansion of canine competitions and the vast array of dog breeds taking part, there is significant need for research to increase our understanding of the effects of physically taxing sports on canine athletes.” 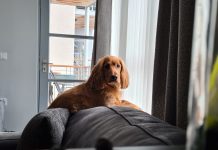 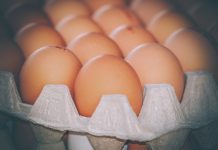