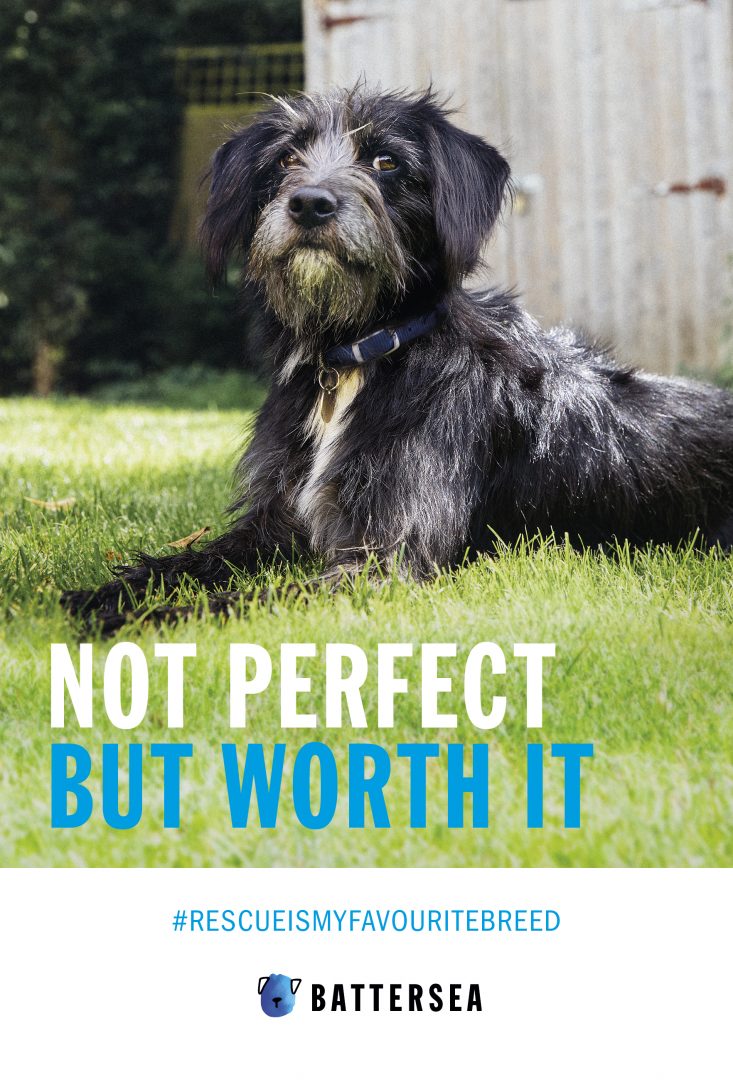 Celebrating rescue pets as individuals, leading animal charity Battersea has launched a new campaign highlighting the endless benefits of adopting rather than shopping for a breed.

#RescueIsMyFavouriteBreed looks to promote the importance of rescue pets and how much they have to offer. The campaign ad, which was created by FBC Inferno and directed by two-time BAFTA and Emmy award winner Mateo Willis (Blue Planet 2, Planted Earth 2, Frozen Planet, Human Planet and Dynasties), aired to thousands of viewers during The X-Factor: Celebrity on Saturday evening.

While Battersea’s research showed 92% of people say that they believe rescuing an animal is the right thing to do, when it comes to getting a new pet, many choose to go online in search of a specific breed. This can be very risky as online puppy and kitten sales have lead to sick and mistreated pets being sold to unsuspecting owners, as people put profit before welfare.

It’s also reported that 52% of people say that animals in rescue centres often have health or behavioural issues, and that you don’t know their full history. Looking to change this misconception, Battersea’s Chief Executive, Claire Horton, says, “Even though one in four dogs and cats are rescues, you’re still more likely to hear about French Bulldogs, or Labradors being the nation’s favourite pets. Our preoccupation with breed is fuelling a ruthless pet trade based on looks alone – one that can sadly put profit before animal welfare.” 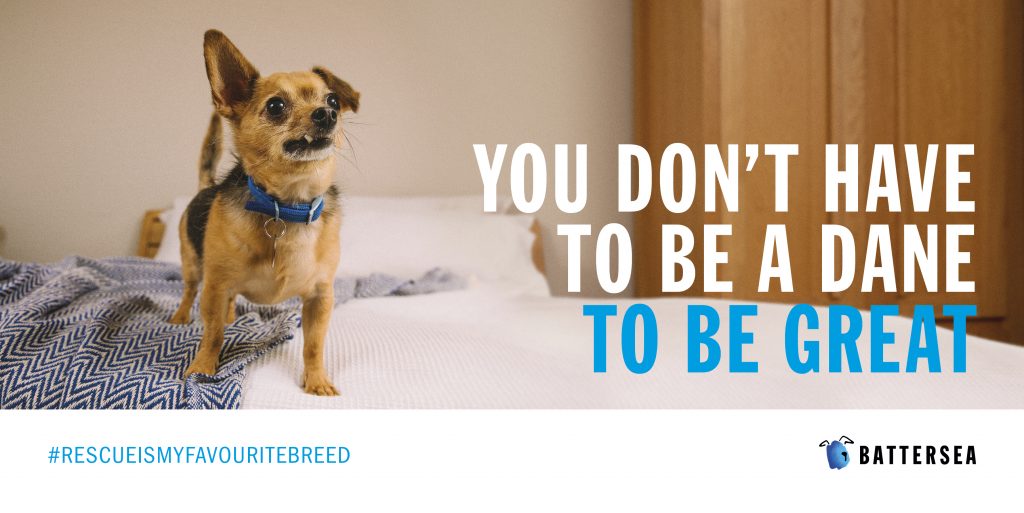 “Battersea is setting out to increase the visibility of rescue animals, to show they’re more common than you think, and are in homes across the nation. They’re the most rewarding, responsible choice for a pet, and we’re hoping to bring them front of mind – to get all generations of animal lovers to think rescue first.”

A way in which Battersea is encouraging potential owners to look beyond certain breeds, is by removing breed filters from their online animal galleries as well as taking breed names off the animal’s initial online profile. This is so visitors will be able to read about the animal’s characteristics and personality traits to see if they are a match before clicking to see what the breed could be. 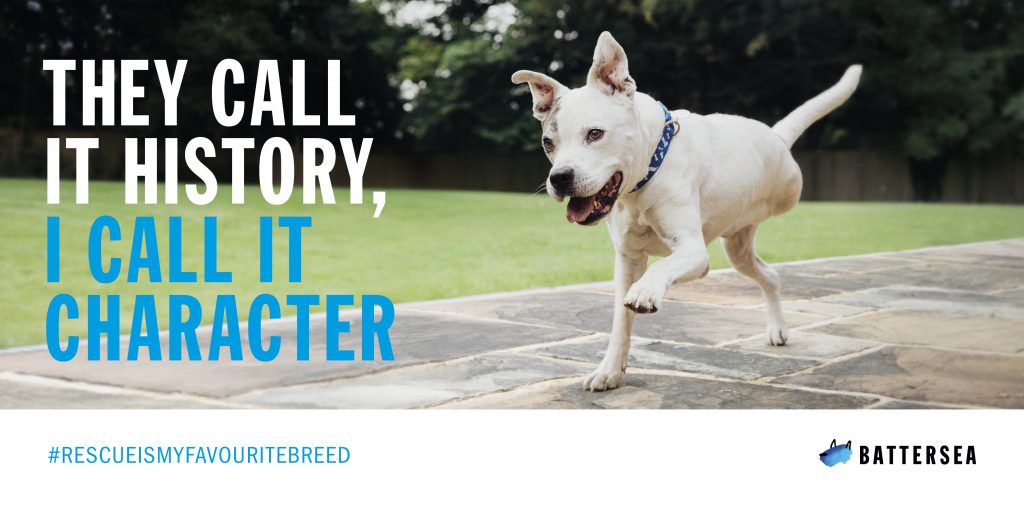 Rob Young, Battersea’s Head of Operations, says, “We know that misconceptions and preconceived notions about the traits and behaviours of certain dog and cat breeds can heavily influence people’s rehoming choices. By removing the option to search by breed we’re hoping that visitors to our website will be more open-minded to finding the right match.

“If someone is looking for an affectionate lap dog, or an energetic, playful pet, then they will find a perfect match regardless of breed. When you go to Battersea, you won’t just get a Ragdoll, or a Labrador, or even a Mongrel. Most importantly, you’ll be getting a Rescue.”

Visit Battersea.org.uk to find out more and join the growing community of rescue lovers at #RescueIsMyFavouriteBreed.