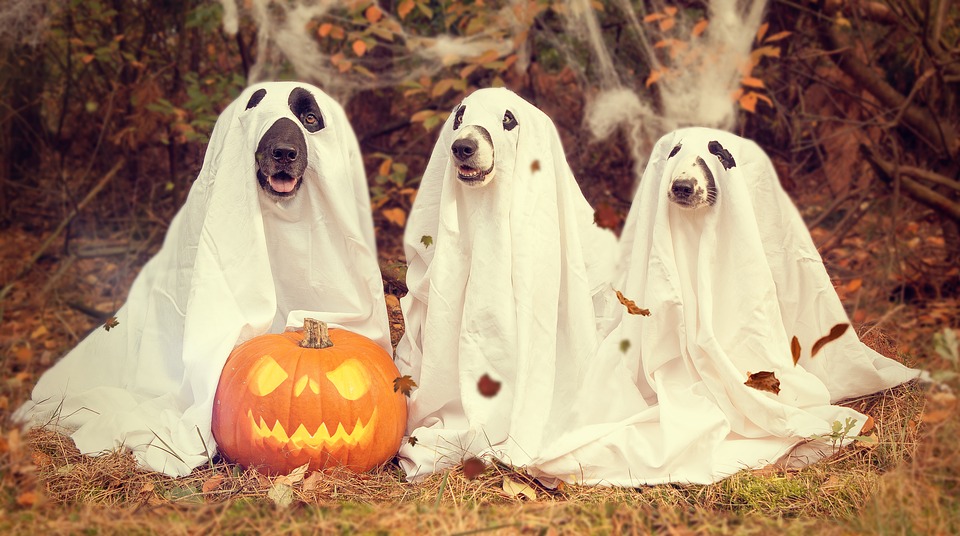 On one of the spookiest days of the year, the results of a recent survey by national pet charity Blue Cross have revealed it might not just be humans who could have a ‘sixth sense’.

The results from the recent poll uncovered that many of us believe our pets can sense the paranormal too, with a whopping 88% of pet owners saying their pets can see things that they can’t.

Some owners even believe their furry friends have “saved them” from paranormal presences.

One respondent described their cat’s change in behaviour when they moved house. The cat went from friendly to hissing and refusing to come inside, and upon investigation, the owner discovered that a mother and son had been murdered in the house. Once they moved again, the cat returned to her normal, happy self.

Halloween can be a scary time of year for pets, especially dogs, so Blue cross has put together an online video with tips on how to keep your pet safe. Watch the video here.

Ryan Neile, Senior Animal Behaviourist at Blue Cross, said, “The reality is that there is still so much that we don’t fully understand about the powerful senses of our pets and the ways in which they perceive the world in which we share with them with their sharp sense of smell, eyesight and hearing.

“Their physical reactions may include pupils dilating, bodies tensing, hair standing on end, dogs may growl and cats may hiss, they may hold their ground or they may run away.

“To a general observer it can look like the animal has responded to something that isn’t there or might be “supernatural”.

“Our belief that this might be the case will often be compounded by the context of the situation. If a dog or cat did this whilst you were alone (when you are feeling vulnerable) you may be more inclined to feel that something extraordinary is occurring.”

For more information on how to keep your dog safe this Halloween visit www.bluecross.org.uk/pet-advice/how-keep-your-dog-safe-halloween