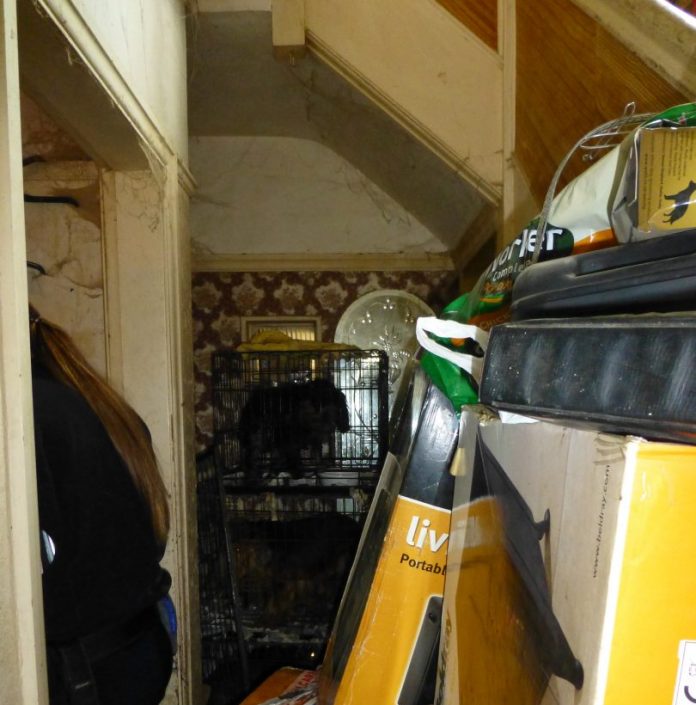 A woman from Lancashire has been given a suspended prison sentence and has been disqualified from keeping animals for life after RSPCA discovered 54 cockapoo and cocker spaniel-type dogs living in horrendous conditions.

On 9 April, RSPCA officers attended Kilmany Jane O’Connor’s address, in Morecambe, along with a vet and officers from Lancashire Police who executed a warrant because of concerns for the dog’s welfare. 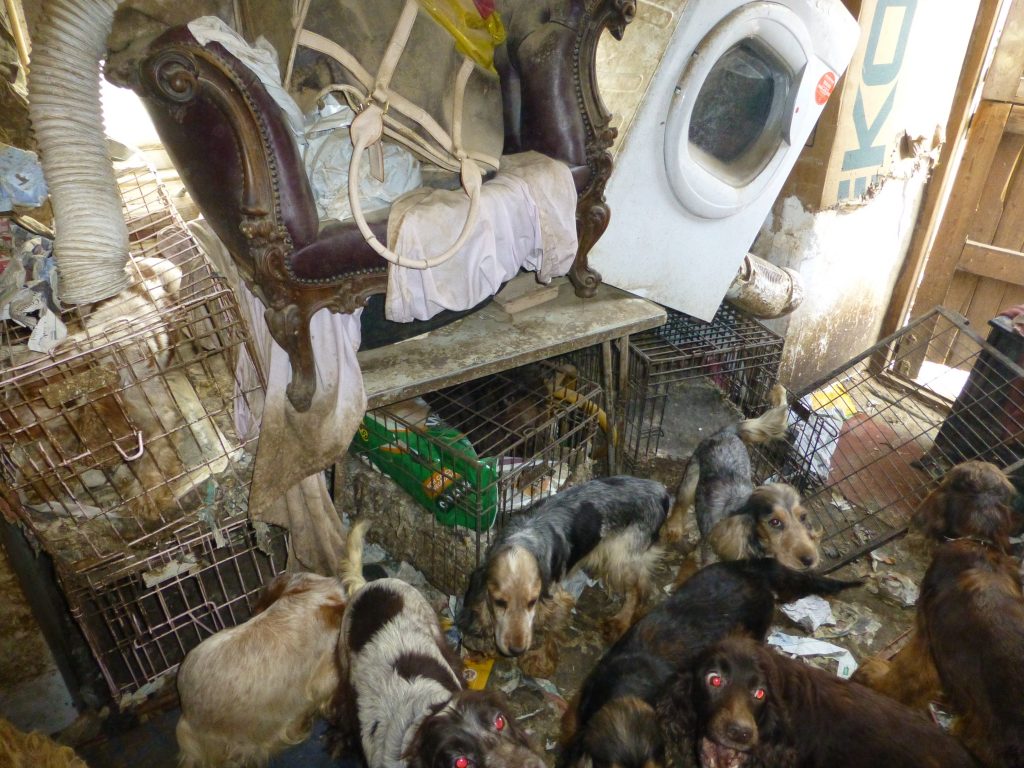 RSPCA inspector Sam Morris said, “The first thing that struck me when I walked through the front door was how cluttered the hallway was, with household items everywhere. There were three cages stacked on top of another, and each had a cockapoo or cocker spaniel-type dog inside. The cages were filthy, and the dogs’ fur was badly matted with faeces. 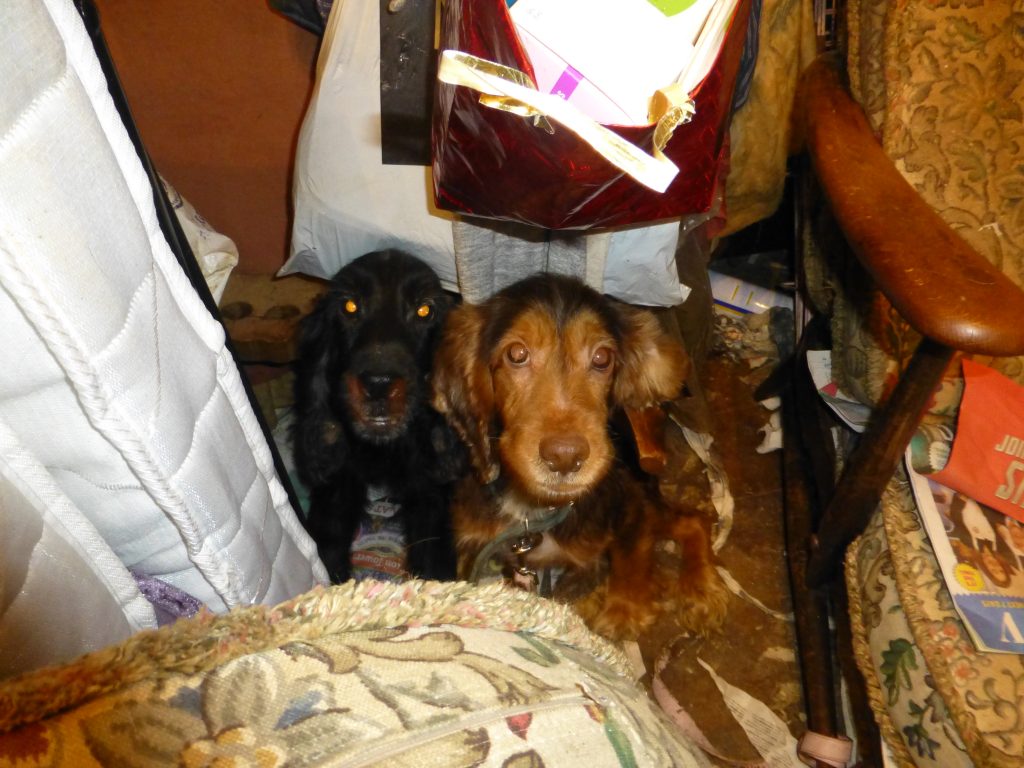 “All the cages within the property appeared to be similar in size, which measured approximately 50cm high, 44cm wide and 60cm in length – the dogs were barely able to turn around and lie down, stretch out or stand on their hind limbs and of course they couldn’t escape. 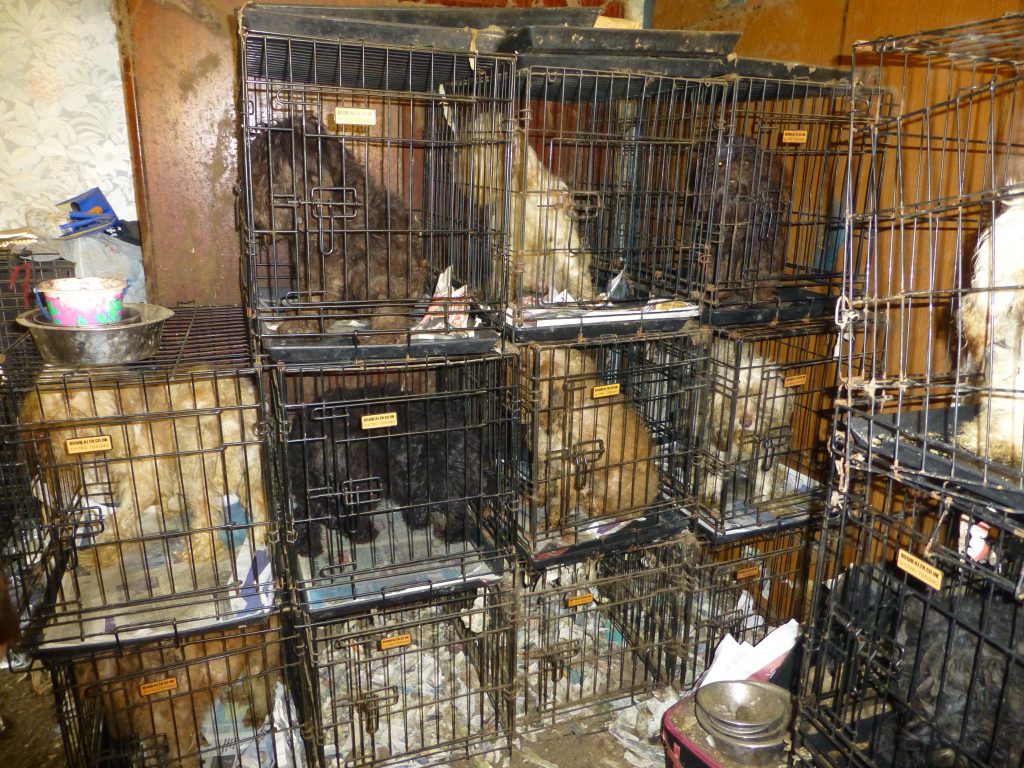 “The situation got worse in the living room. It was very cluttered and filthy, and the smell inside was awful. The ammonia was overpowering. The curtains were drawn and thick with cobwebs. The windows were closed and the room was quite dark. This room contained 13 dogs in cages – two of the cages had two dogs inside. One dog was tethered to a table leg and there were five loose dogs. 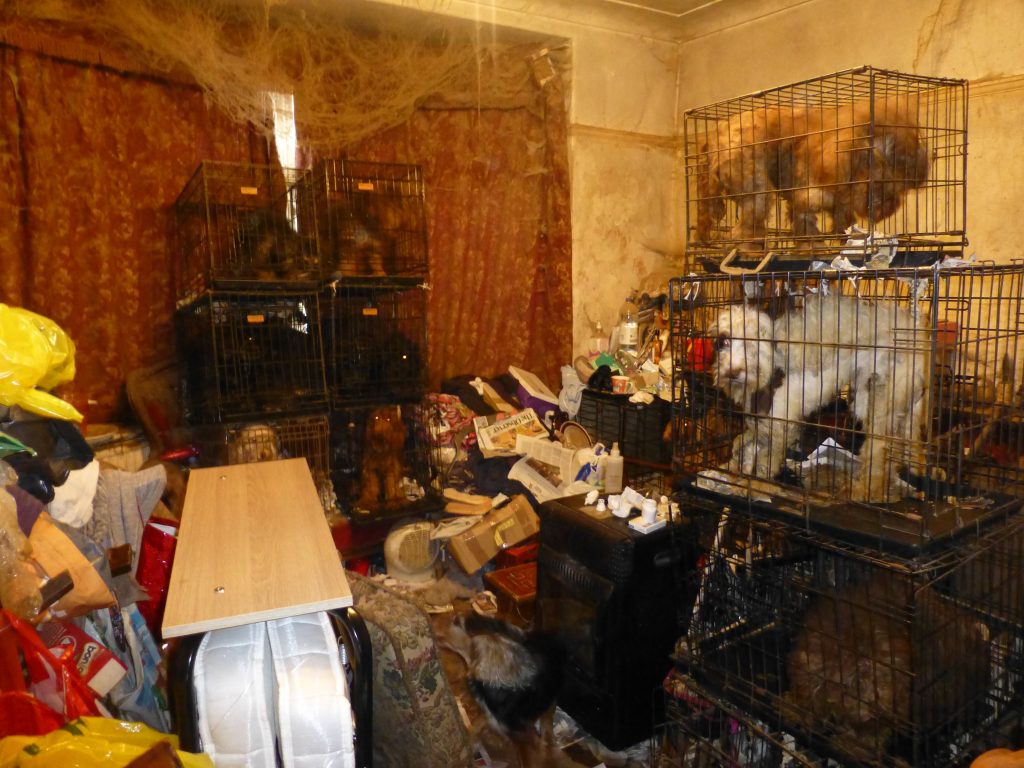 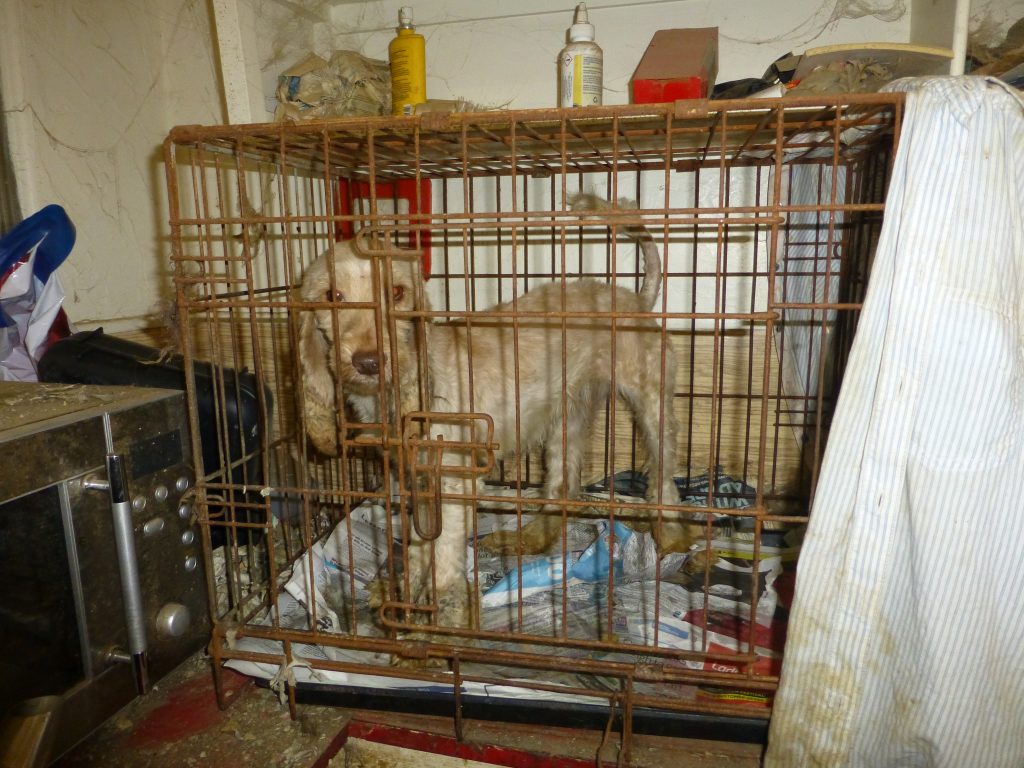 The dogs were all signed over at the scene and taken into RSPCA care. One of the dogs – Mindy – lost one of her front paws as a result of her neglect and Fifi, who was tethered in the living room, now uses wheels to get around after having lost the use of her back legs – but all have been happily rehomed. 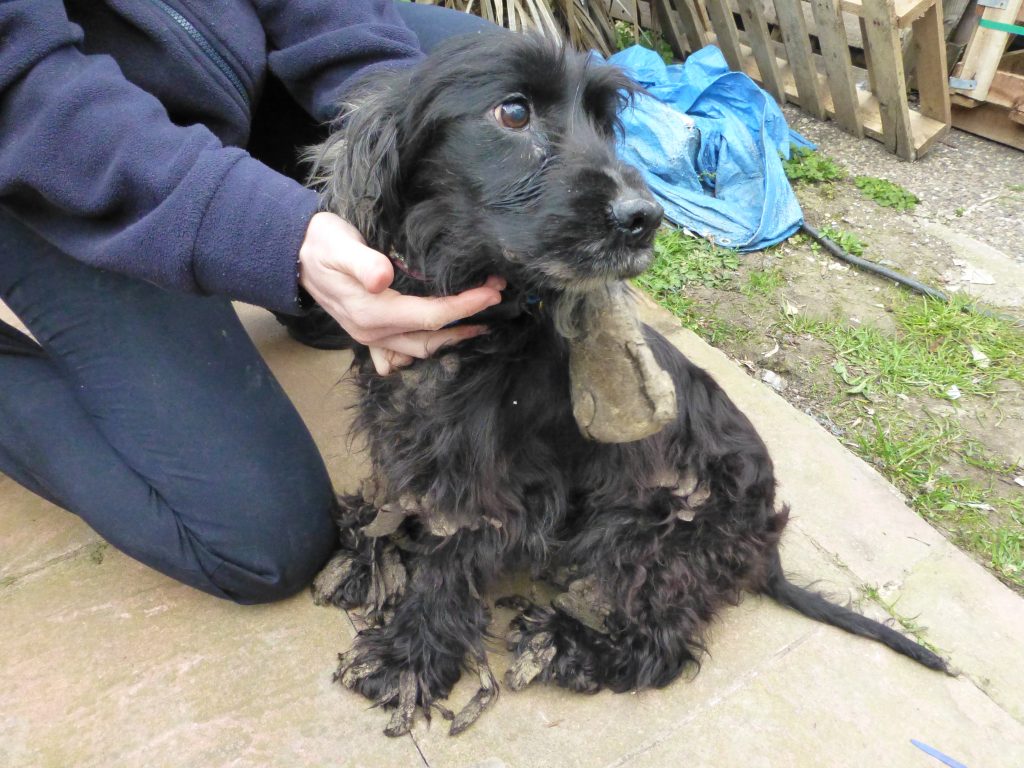 Sam fell in love with one of the dogs, now called Mable, and adopted her. “She was in one of the cages in the bedroom and was the only one who was laid down not moving when I walked through the house. I opened the cage and she immediately started wagging her tail. I got her out and she drank two bowls full of water.

“I wasn’t looking for another dog but we had a connection and I thought, she’s coming home with me.”

O’Connor was sentenced to 16 weeks custody suspended for two years, a community order including 25 rehabilitation days, ordered to pay costs of £50 and a £172 victim surcharge. In mitigation the court heard that she knew she should have done more for the dogs but had some problems with which she was struggling.

Images by the RSPCA