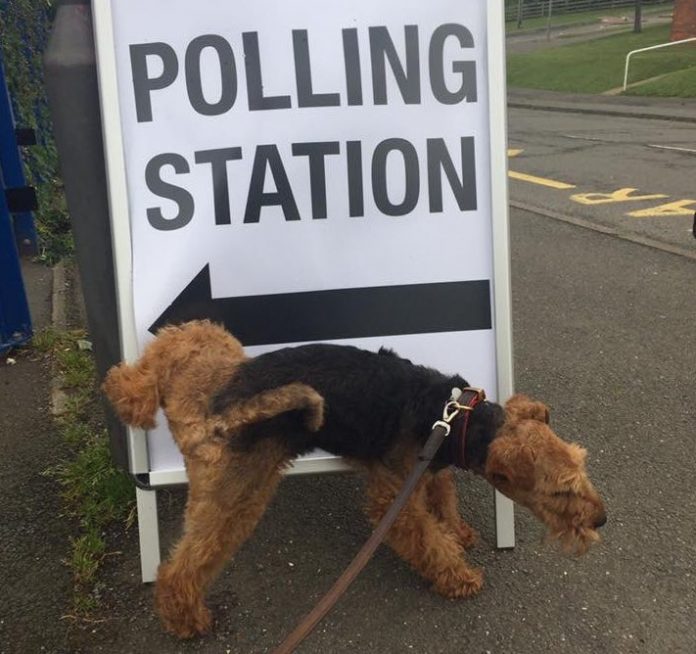 I think we can all agree that #dogsatpollingstations is a much-needed highlight in this General Election, and we have put together some of the best from the day.

For those unaware of the internet trend, owners have been taking their dogs with them to vote and have snapped pictures of their pooches to post on social media with witty captions!

Here are some of our favourites:

This is Mac. Mac was a racing greyhound until last year, and he wasn’t treated very well. But now he lives with humans who love him very much.

She went for a weird pose, but each to their own. #dogsatpollingstations pic.twitter.com/W8WcCKtoBF

Someone has made their feelings clear on this election…

On a serious note, owners have been warned not to leave their dogs unattended as they vote, as pet theft is on the rise and the fun trend draws the attention of dognappers. Bringing your dog indoors or asking a family member or friend to keep an eye on your pet while you vote has been advised.

Leave them at home or #doitwithafriend & take turns to mind each other's dogs. Thieves are everywhere waiting for that opportune moment to grab your dog. #Election2019 #GeneralElection19 #PetTheftArmy pic.twitter.com/iREYJJmx7V