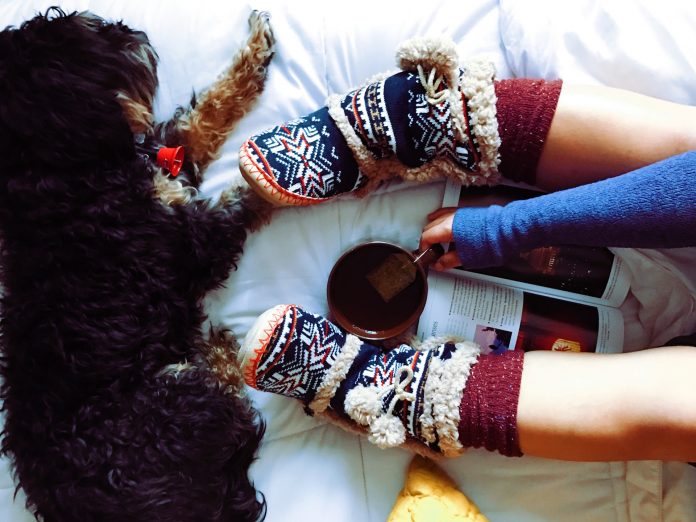 Welcome to the Dogs Monthly Book Club. Each month we review our pick of the latest releases, with an opportunity to win for lucky readers! If you would like to enter the prize draw, please email competition@dogsmonthly.co.uk with the name of the book you would like to receive in the subject line. Please remember to include your name and full address. Entries close 6 February 2020. 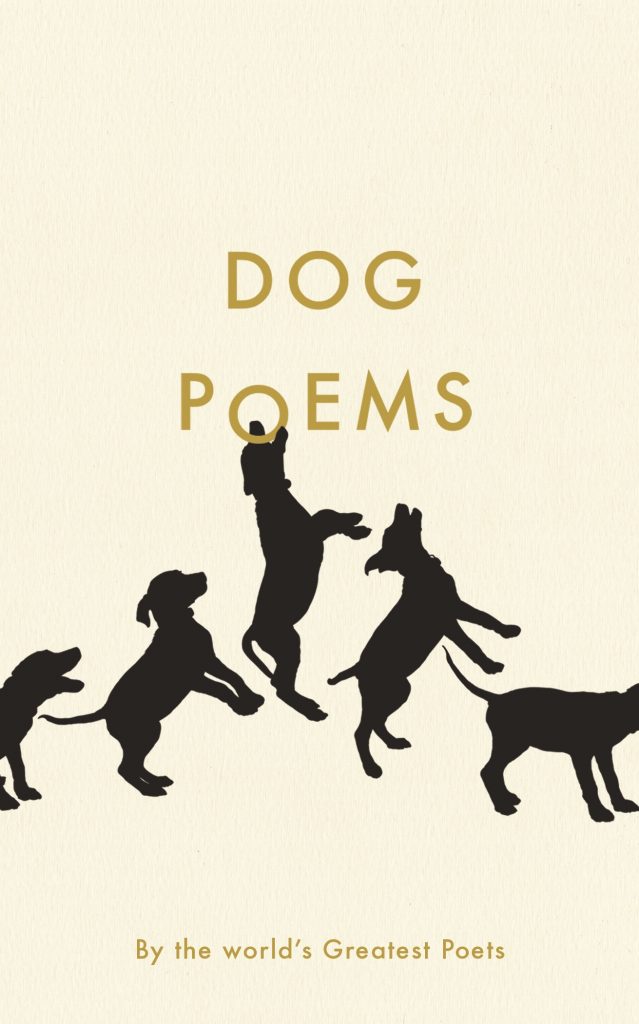 When I was asked to review this book, I was afraid the poems would be of the twee ‘I love my Poochie, he loves his mum, he goes all smoochy, when I rub his tum’ variety. So, I was delighted when I opened it and found a host of established and well-loved poets, stretching back to Homer and the Odyssey, in Alexander Pope’s translation, with an account of Ulysses’ return to Ithaca after the war in Troy. He was greeted joyfully by his neglected dog, Argos, who, having welcomed his master, lay down and died. This made me cry.
And there’s Chaucer, Shakespeare, Byron and Elizabeth Barrett Browning, and plenty of more modern poets, unknown to me.
Dorothy Parker, a member of the Algonquin Round Table and mistress of the pithy epigram ‘One more drink and I’d have been under the host’, shows an uncharacteristically gentle side with her ‘Verse for a Certain Dog’.

I was familiar with Sir Walter Raleigh’s poem ‘To a Lady with an Unruly and Ill-mannered Dog Who Bit Several Persons of Importance’, but it still makes me laugh – not the Elizabeth explore, but the 19th and 20th century academic.
The extract from Shakespeare’s Two Gentlemen of Verona also made me laugh, as the dog steals food from the Duke’s table them crawls underneath with other dogs and urinates – an act for which his master takes the blame.
Wordsworth and Kipling and many others made me howl.
It’s worth saying something about the appearance of this book. It’s small, with a smart white cover and is ideal to tuck into a bag, or read on the bus or train.
It’s a volume to consume at a sitting, as I did, or to dip into now and again. To the true dog lover, it will give years of pleasure. 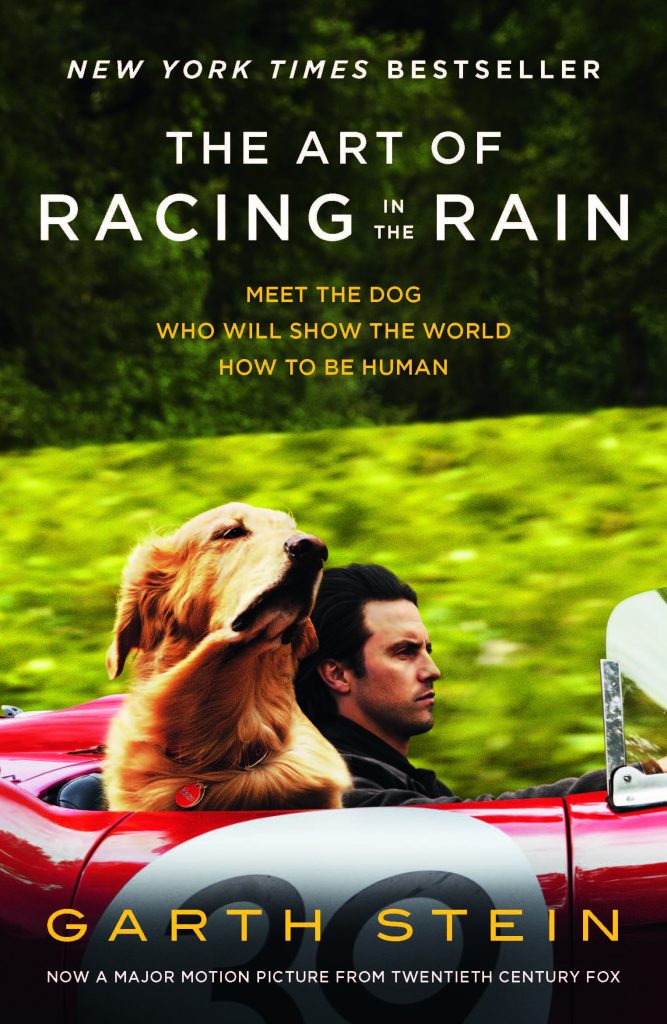 The Art of Racing in the Rain

Sometimes when I ask in confusion, “Where are my socks?” an my little Staffie cross appears with them in her mouth, or if I’ve had a bad day and she climbs up on my knee to comfort me, I wonder if she is almost human.
Garth Stein’s wonderful book takes this basic premise and spins it by imagining it from the dog’s point of view. Enzo, the canine hero of The Art of Racing in the Rain, believes that he too is not your average dog and has been put on this earth with a purpose as protector and loyal best friend to his master, racing car driver Denny.
The book begins at the end, as it were, with Enzo reflecting on his time with his family as he prepares to leave his life – but maybe not this earth, as he hopes to return in human form – stating, “My soul is very human” and “I am ready to become a man now”.

I loved this book, especially the relationship between the two central characters who share a bond that cannot be broken – even in death. I found it very moving how Enzo was there for Denny through all his troubles and struggled with the limitations posed by his dog body and desire to be more human.
The Art of Racing in the Rain, by looking at the world through a dog’s eyes, certainly made me think how much our pets have to offer us, what a comfort they are and, ultimately, how they may appear human but perhaps we should be more dog.
I cannot wait to watch this at the cinema! 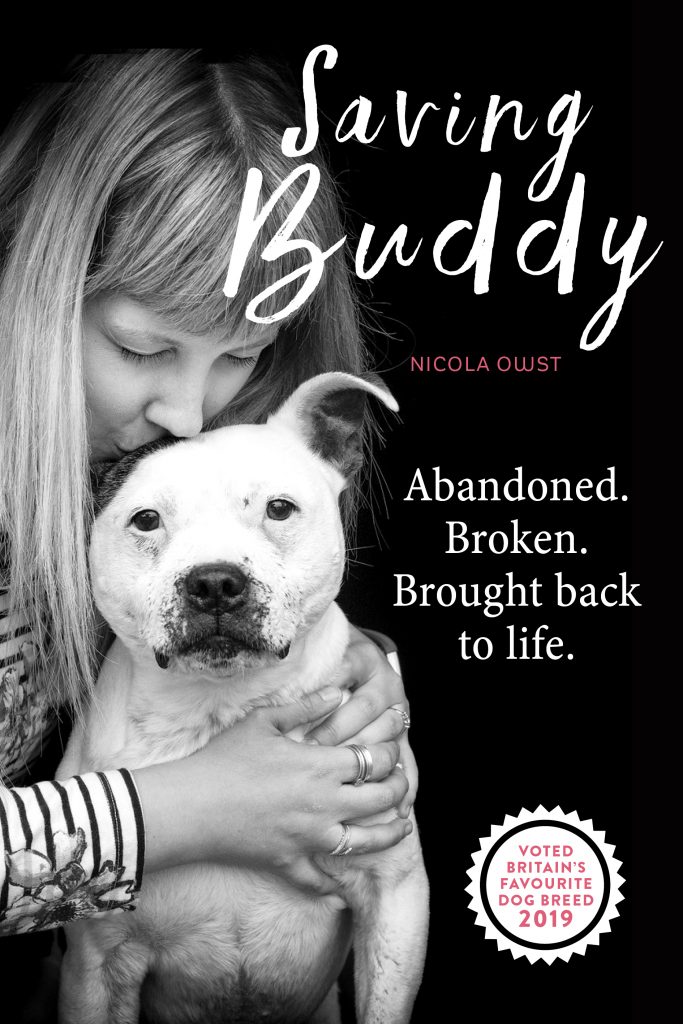 On Monday 27 April 2009, Nicola Owst’s life changed. While on a journey to pick up a foal, Nicola and her friends found a frail Staffordshire Bull Terrier in a horrific state, dumped in a crate, fighting for his life.
Saving Buddy tells the story of Nicola and Buddy, and how they saved each other. Not only is it a story about Buddy’s journey, but Nicola’s too, and how Buddy has been a rock to her through some upsetting times of her own. We hear about how Nicola rescued Buddy on that fateful day and how she nursed him back to health.
It is a heartwarming read that I didn’t want to put down. It’s truly amazing how well Buddy has done, all thanks to Nicola’s love, care and hard work – it’s as if he’s a different dog. The book has photos taken throughout their lives together, including a heart-breaking photo of Buddy the day Nicola rescued him, but looking at the pictures of him now, and seeing how far he’s come, brings a tear to the eye.
As we know, Staffies get a lot of bad press. Nicola explains that she was keen to show what a fantastic breed they are, even after they have been abused so horrifically, as Buddy was. Nicola has taken Buddy to Discover Dogs at Crufts so that people could meet him and see just how wonderful he is. He also has his own Facebook page with over 26,000 fans, which I’m sure will grow significantly after the release of this book.

I enjoyed this book so much and thoroughly recommend it. It was so lovely to see the change in Buddy and what a happy dog he has become. I’ve now liked Buddy’s Facebook page myself and look forward to reading future updates about him. Thank you, Nicola, for saving him and giving him the life he deserves. 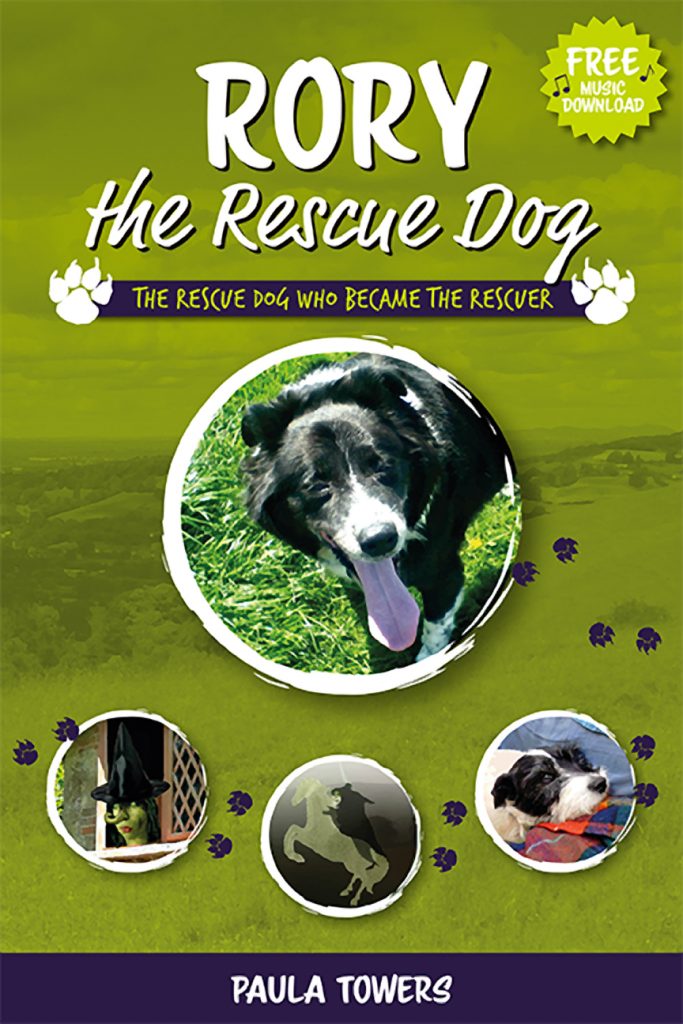 Rory the Rescue Dog is based on the true adventures of author Paula Towers and her two rescue dogs, Rory and Laddie.
Paula not only wanted to write an entertaining children’s book but also to raise awareness of the creatures around us and the plight of those condemned by human beings. You can read it as a stand-alone story book or, if you head to the website www.rorytherescuedog.co.uk, you can download the backing music for a more theatrical experience.
Each chapter follows a different story from Rory’s life, from the day they met and became a family to the day Rory saved Paula from drowning. Each chapter ends with a song to listen to or play – music is available as an MP3 and sheet music available as PDF. Paula wrote the original music to accompany some of these songs so people could sing or play along.
A percentage of each sale is being donated to Cheltenham Animal Shelter, who handles the rehoming of both Rory and Laddie.