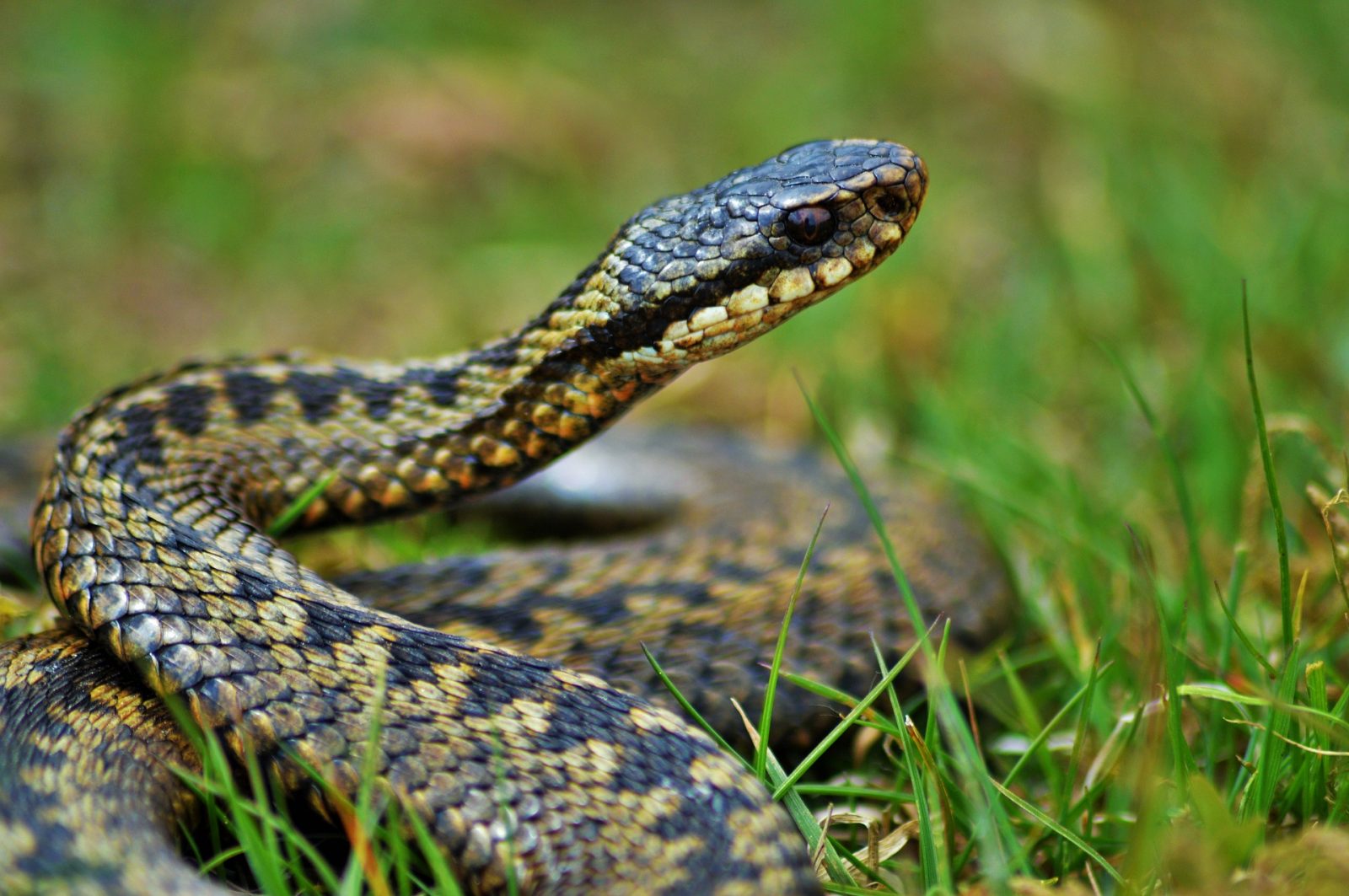 I have just noticed two small puncture wounds on my dog’s leg and I think he might have been bitten by a snake. What should I do?

Although snake bites are relatively uncommon in the UK, the species most likely to bite a dog is the brown adder, the only native snake with a venomous bite. Other snakes in England, Scotland and Wales include the grass snake and smooth snake (both harmless), but the adder can be recognised by the distinctive black or brown zigzag pattern across its body. It is most commonly seen in the south of England – in sand dunes, rocky hills, moorland, heaths or woodland areas – and between May and September, when it is out of hibernation. Generally, adders will only bite in self-defence, so such incidents tend to occur if a dog accidentally stands on a snake, or gets too close.

If you suspect your dog has been bitten by an adder, you will usually see fluid-filled swelling around the area, as well as pain, bruising and sometimes bleeding. Many dogs will also display fever, vomiting, drooling, lack of energy and wobbly, unsteady movements. A very small minority may show more severe symptoms, such as seizure and collapse. The severity of signs depends on several factors, including the area of the body that has been bitten – the face being the worst, as the swelling can cause breathing difficulties – and smaller dogs will display more severe symptoms, as the venom has less distance to circulate. In addition, the more the dog has moved around after a bite, the quicker the onset of symptoms due to the venom travelling faster throughout the bloodstream.

If you think your dog has been bitten, keep him as still as possible, either by carrying him or walking slowly. Ring the nearest vet with an expected time of arrival so preparations can be made. If the bite is on a limb or the dog’s tail, tie a shirt or sock above the area to restrict the spread of the venom as much as possible before the vet takes over. It can take anywhere from 24 hours to a month to treat patients that have been bitten by adders. The main aim of treatment is to reduce inflammation, provide pain relief, and support vital organs such as the heart, liver and kidneys.

If you suspect an adder bite, the most important thing to remember is not to panic. Over 90 per cent of dogs bitten by an adder in this country survive, providing they get prompt treatment. If you have any worries at all, contact your nearest vet, even if this is out of hours, so that your dog can be seen as quickly as possible.