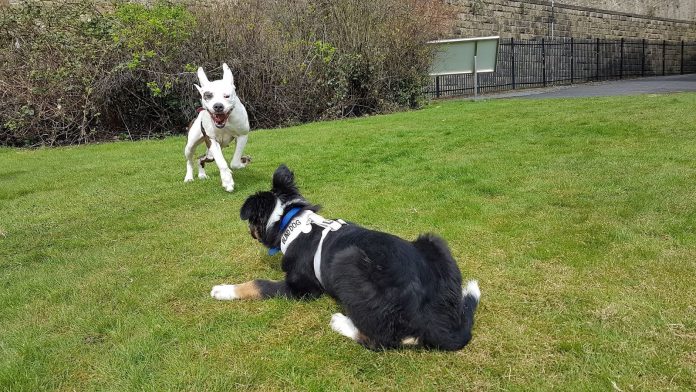 Blind collie pup Paddy found himself at the RSPCA’s Halifax, Huddersfield, Bradford and District branch after his owners had a change of circumstances, and found themselves unable to cope with their puppy’s blindness.

Fundraising manager Lauren Moore said, “We believe Paddy came originally from a puppy farm. Vets suspect he lost his sight as the result of an untreated infection as a newborn puppy. Although it’s left him completely blind, thankfully it causes him no ongoing pain or discomfort.

“Understandably there are certain things that can prove a little tricky for him – such as navigating his way around when he’s off-lead.” 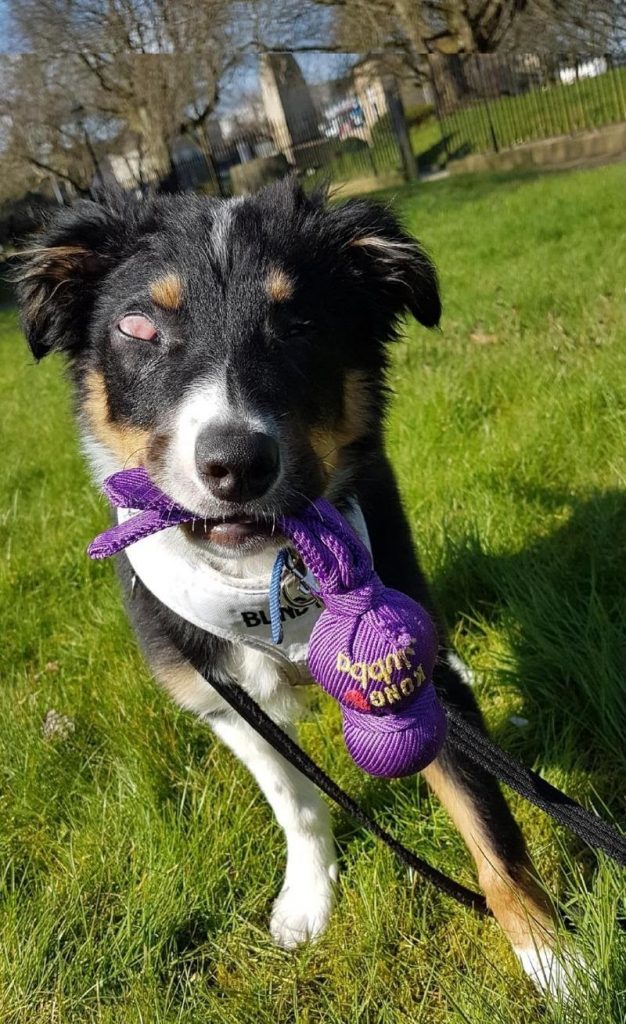 While Paddy was doing well with training, he would become very excitable around other dogs, and staff decided to find the right dog to teach him some manners – and that dog was Sheeva.

Two-year-old American bulldog Sheeva arrived at the centre in December under very sad circumstances, after her owner was evicted.

Lauren said, “Sheeva and her poor owner had been walking the streets all night after being evicted from their home. Nowhere would offer Sheeva’s owner a place to stay because he had a dog, so he decided to sign her over to us, which was a really hard decision for him.

“She was initially very wary of us but, with time, started to come around and show her cheeky and playful side.

“Once Sheeva started to interact and play with other dogs, she really started to come out of her shell and shine!” Lauren added. “She’s taken a real fancy to Paddy, who is now her best friend!” 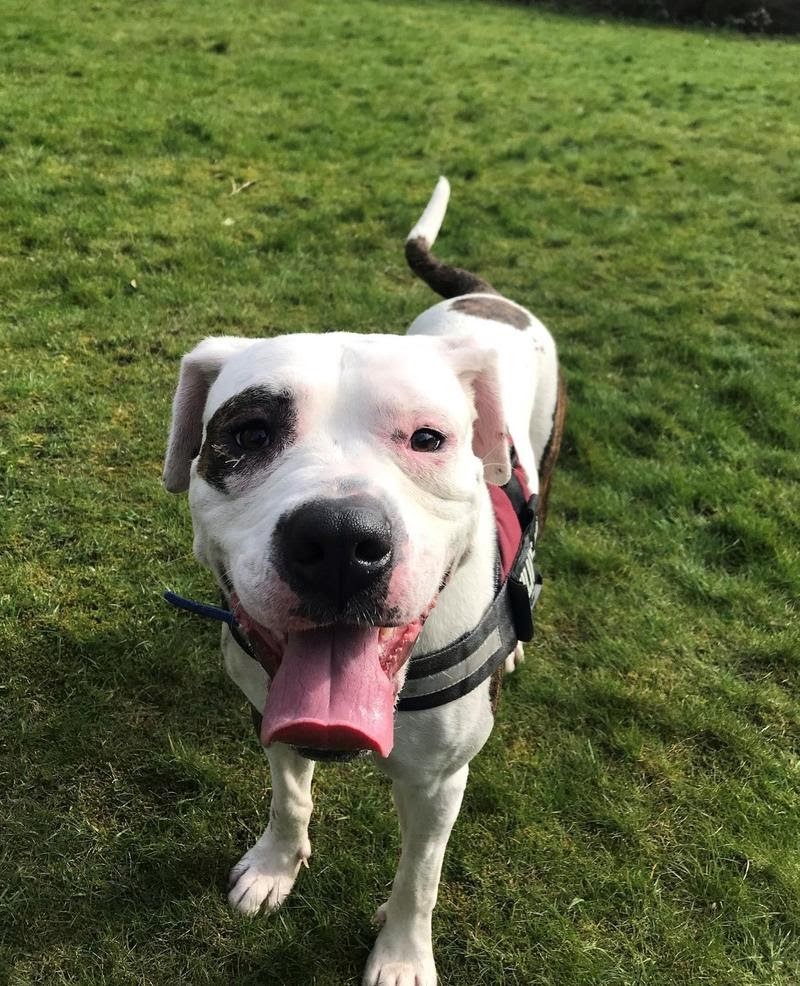 Sheeva is now Paddy’s unofficial guide dog, sticking with him and showing him the ropes.

“Sheeva has been fabulous with him and acts as a guide dog to him,” Lauren said. “She’s a big dog and she’s very bouncy, but she’s so gentle – particularly with Paddy. It’s as if she knows she has to take extra special care around him!

“It is so sweet to see them interacting and playing together!”

Now that Defra has given permission for animal rescue centres to begin fostering and rehoming – under strict new social distancing procedures – Sheeva and Paddy will be looking for their forever homes.

“Sheeva is a very friendly, fun and clever girl who is looking for a home with older children. She could live with another dog,” the staff says. “Paddy is a sweet and cheeky pup who loves belly rubs. He needs a calm, adult-only home with owners who understand his blindness and can continue his training and support him.”

To find out more about Sheeva and Paddy, visit their online profiles. For more information email enquiries@rspcahalifaxhuddersfieldbradford.org.uk or call 01422 365 628.