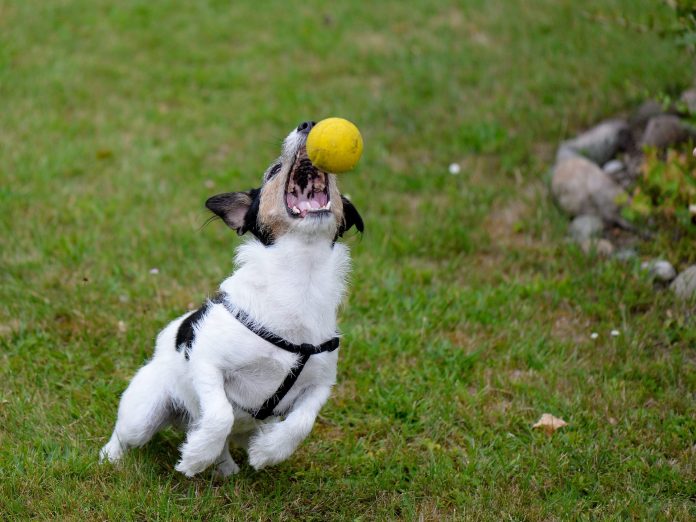 How do I stop my 18-month-old terrier from chasing after other people’s footballs in the park? We’ve been shouted at a couple of times and it’s a bit embarrassing!

With this type of behaviour – indeed with a dog chasing after anything he shouldn’t – it’s important to come back to basics and ensure your dog’s recall is up to scratch. Begin by placing a long training line (approximately 30ft) on your dog and keep him on this whenever you’re walking in open spaces. Essentially, the long line will prevent him from running in to make mischief when he shouldn’t. Very often, a key component of addressing an unwanted behaviour is the ability to prevent the dog from indulging in the first place and, just as importantly, to replace that behaviour with something you are happy for him to do.

To begin with, you’ll need to hold the line at all times. Then, as you become more confident in his recall, you can allow him to drag the line, while remaining close enough to be able to step on the end and reel him in if necessary. Eventually you will be able to remove the line altogether. As a rough guide, each stage should take about a month, but it’s important you only move on to steps two and three when you are satisfied in his behaviour. Throughout the recall training process, you will need to frequently call your dog back to you, both under normal circumstances (when there’s little to distract him), and also when he is in sight of people playing football (a high level of distraction). 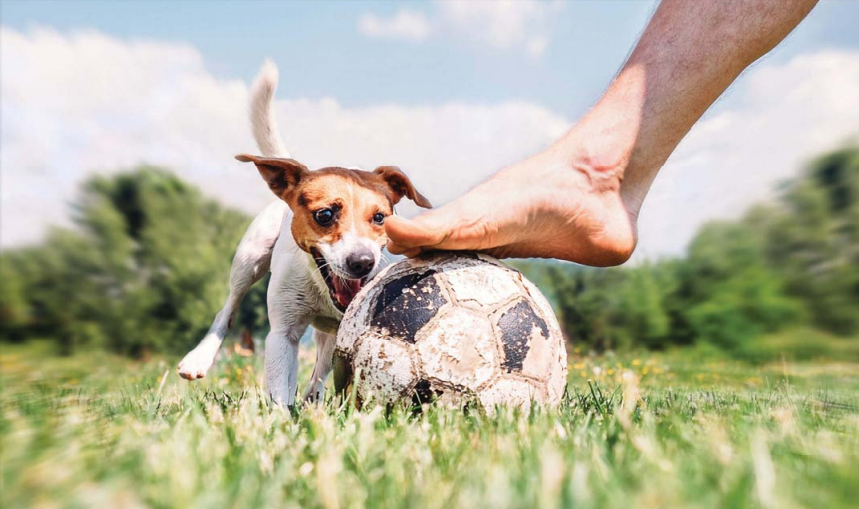 At this stage, simply calling him with an encouraging voice when he would rather chase after someone’s ball is unlikely to work. Instead, you will need to reward each and every successful recall with the highest-value food you can manage, so experiment with things like liver, chicken or sausage to see what works best. You’ll also need to make the best possible use of your voice and body language, so you’re making yourself more interesting and fun to be with than the footballers. Given that he likes balls, if you are not already using a ball flinger of your own to keep his attention, then I would consider getting one.

Depending on your dog’s current level of recall, it might be an idea to practise in quieter locations first, well away from the distraction of people playing football, so that you don’t expose him to that kind of temptation too soon. Once you’re confident in his recall, move on to locations where you’re likely to come across people playing ball games. Stay a sensible distance away from the activity, ask your dog to sit alongside you, and regularly reward him as he stays calm and maintains his position.