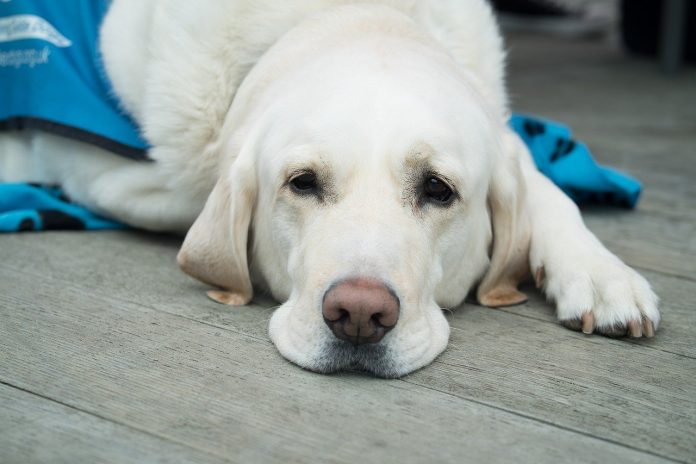 I have a two-year-old Labrador who had a seizure last night, which was very scary to see, and then another in the early hours. She is OK today, but I am terrified it is going to happen again. What should I do?

When you see a seizure, it can be very frightening. The most important thing to remember is not to panic. They are not uncommon; however, if your dog has more than one seizure over a relatively short period of time, there are several different causes that should be considered. These include certain infections, high body temperatures due to weather or diseases, eating toxic substances (such as chocolate), or canine epilepsy. Epilepsy is relatively common in dogs aged between six months and six years old, and can often only be diagnosed by ruling out other causes.

A seizure occurs due to abnormal activity in the brain. Usually your dog will not be aware of what is going on, or of their surroundings. They often start paddling or twitching, and can fall to one side. They may start drooling or chomping their teeth, and sometimes they urinate or defecate during a seizure, without knowing what they’ve done. The best ways of managing these episodes are by supporting your dog until the seizure has finished. This should be done by ensuring that the head is protected with cushions or blankets so that he cannot hurt himself; dimming the lights and removing any loud noises as far as possible so that the dog is not over stimulated. Try to keep him cool by using a fan or damp towel underneath him, as overheating is very common.

Most seizures will last anywhere from one to three minutes, although to those watching anxiously, it often feels a lot longer. It is a good idea to make a note of the time when a seizure starts. If it is over in less than five minutes, sit with the dog and allow him to recover quietly before visiting your vet. It is much better for your dog if he feels more stable and alert before having to go on a journey. If your dog does not come out of the seizure within five minutes, or has repeated seizures very close together, it is more important that you visit your vet straightaway.

It’s a good idea to contact them first so that they can prepare for your arrival. If you can, it is also extremely beneficial to your vet to video a seizure, so that the veterinary team can make the most accurate diagnosis. Seizures in dogs can appear very similar to seizures in humans, and can be scary to see. Remember not to panic, and to speak to your vet about any further questions you may have.