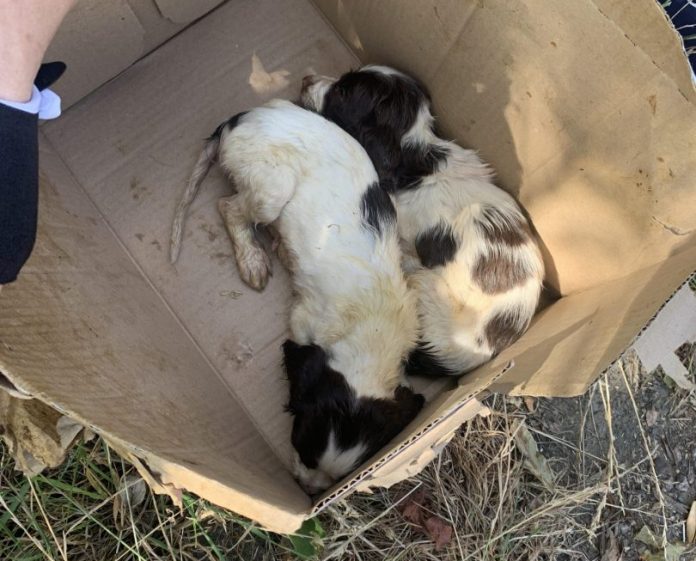 The RSPCA is appealing for information after three spaniel puppies, only about eight weeks old, were found abandoned in a cardboard box in Essex.

The puppies were were found by a cyclist who pulled into a layby on Shopland Road, Rochford, on Saturday 8 August, at around 4pm.

Sadly, at that point one of the puppies had died and the other two were quite poorly, as well as skinny. After being taken to a vet, the puppies tested positive for Parvovirus. The vets then contacted the RSPCA. 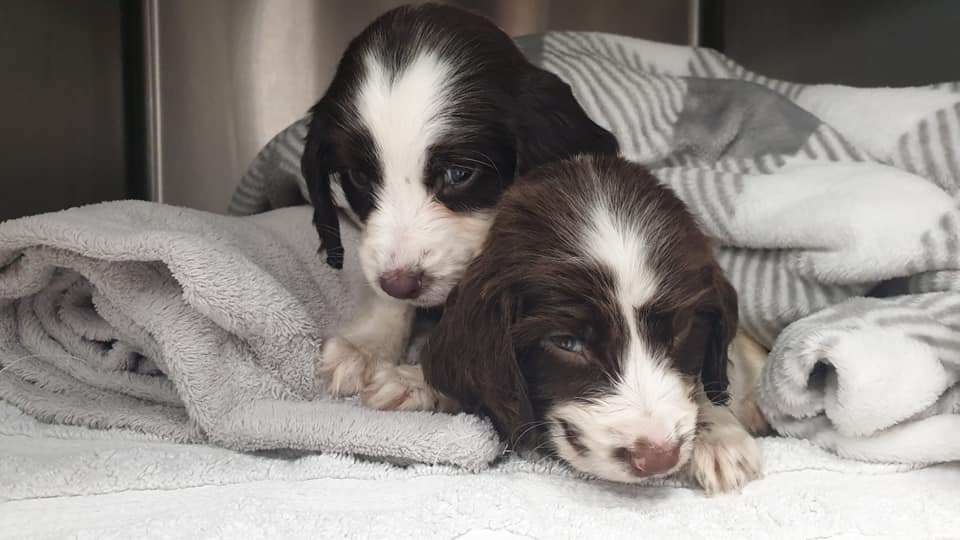 RSPCA inspector Adam Jones, who is now investigating how these puppies came to be abandoned, “These poorly puppies were dumped in a cardboard box in a layby, without food or water, and sadly one of them died. It is very touch and go for the other puppies who are suffering from parvovirus.

“They are microchipped with a Hungarian chip which isn’t registered in this country so it could be that they have been imported from abroad to sell on but have been abandoned when they became poorly. It would appear that these pups are the victims of the cruel puppy trade and we are keen to find out what happened to them.”

The two puppies, a male and a female, are now on fluids and medication and it is hoped they will pull through. Anyone with information is encouraged to contact the RSPCA inspectorate appeal line on 0300 123 8018.