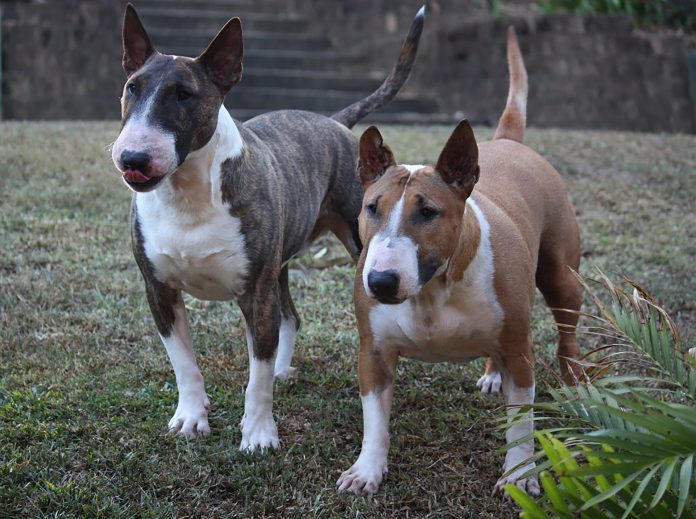 I have a three-year-old Bull Terrier cross called Billie. She can be reactive around dogs she doesn’t know, but is generally OK with those she does know, like the dogs in our small walking group. She plays on- and off-lead with them quite happily. However, my sister has a new rescue dog, a two-year-old BoxerLabrador cross bitch, and Billie has really taken against her. They have met three times, always at my house, and Billie has just gone for her without warning. The other dog retaliated, and we had to drag them apart. My sister knows very little about her dog’s background, but she’s a strong dog and has seemed quite alert and on edge every time I’ve seen her. I’m on the verge of asking my sister not to bring her dog round again, but I don’t want to cause bad feeling between us. Is there anything we can do, apart from keeping the dogs apart?

Yes, there is much you can do actually. Never introduce new dogs to an existing dog’s home environment; you will simply throw territoriality and guarding into the mix unnecessarily. Also, make sure your sister’s dog has had time to bond with her and relax in her new home. This takes time and the more trust she has for her new owner, the better able to handle confrontation she will become. If you want to go ahead and attempt a successful introduction, arrange to meet either side of a large field away from the home, and in a place unfamiliar to both dogs (so neither has any previous associations).

Have both dogs on secure harnesses, and let them see one another from a distance. The distance should be such that both dogs see and acknowledge each other, but neither shows any reactivity, such as barking or lunging. This distance may be huge to begin with. If one of the dogs looks at the other, but then calmly looks away and doesn’t react, reward with a high-value food treat. Keep this distance and, without closing it, walk parallel to each other – basically, up and down a field in the same direction. Look for signs that your dogs are comfortable, and are not checking each other out too often. If they aren’t comfortable, or you’re not sure, increase the distance apart. Depending on how the dogs react, try changing direction with one dog so that they now pass head on, but still with this large space between them.

You and your sister should position yourselves between the dogs to start with, and then, one at a time, allow the dogs to be on the same side as each other. Still maintain that distance. Over a few sessions, gradually begin to close the gap between the dogs, but by no more than one small human step at a time. The key to success is space and patience. Take as many sessions as you need; if it’s important to you that both dogs get along, this type of controlled introduction is your best shot. Eventually, you will close the gap until both dogs are able to walk side by side.

Avoid on-lead greetings at all costs, and don’t even think of attempting an off-lead greeting until you have put in lots of groundwork doing the above-mentioned protocol. If you are at all in doubt, or if one or both dogs doesn’t appear comfortable after many sessions, then you will need to employ a good canine behaviourist to analyse the situation, as it will clearly require professional intervention.

Sometimes bitches won’t get along, no matter what. If you and your sister don’t want to do all of this, then simply keep the dogs apart. It’s no one’s fault, it just happens sometimes, and hopefully your sister will realise that it’s actually in her dog’s best interests to leave her at home when she comes to visit you.