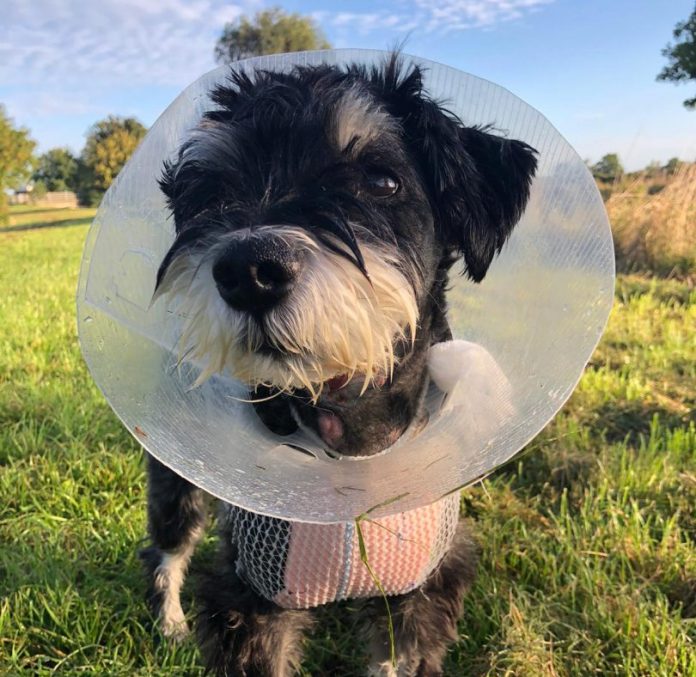 Wilf, a Miniature Schnauzer, was left with a skin wound that a vet described as ‘the biggest she’d ever seen’ after a suspect adder bite.

The five-year-old dog had been staying with relatives while his owners were on holiday on Brittany, France, last July. As they prepared to pick Wilf up, they received an alarming phone call.

“We were due to pick him up when my in-laws phoned,” says Wilf’s owner Helen Lewis. “They told us something was up – we drove over there to collect him and we could tell right away that he wasn’t himself.

“Although Wilf loves his visits to Hampshire, he’s usually ecstatic when he reunites with us. This time, he barely moved – he didn’t even respond to food or biscuits.” 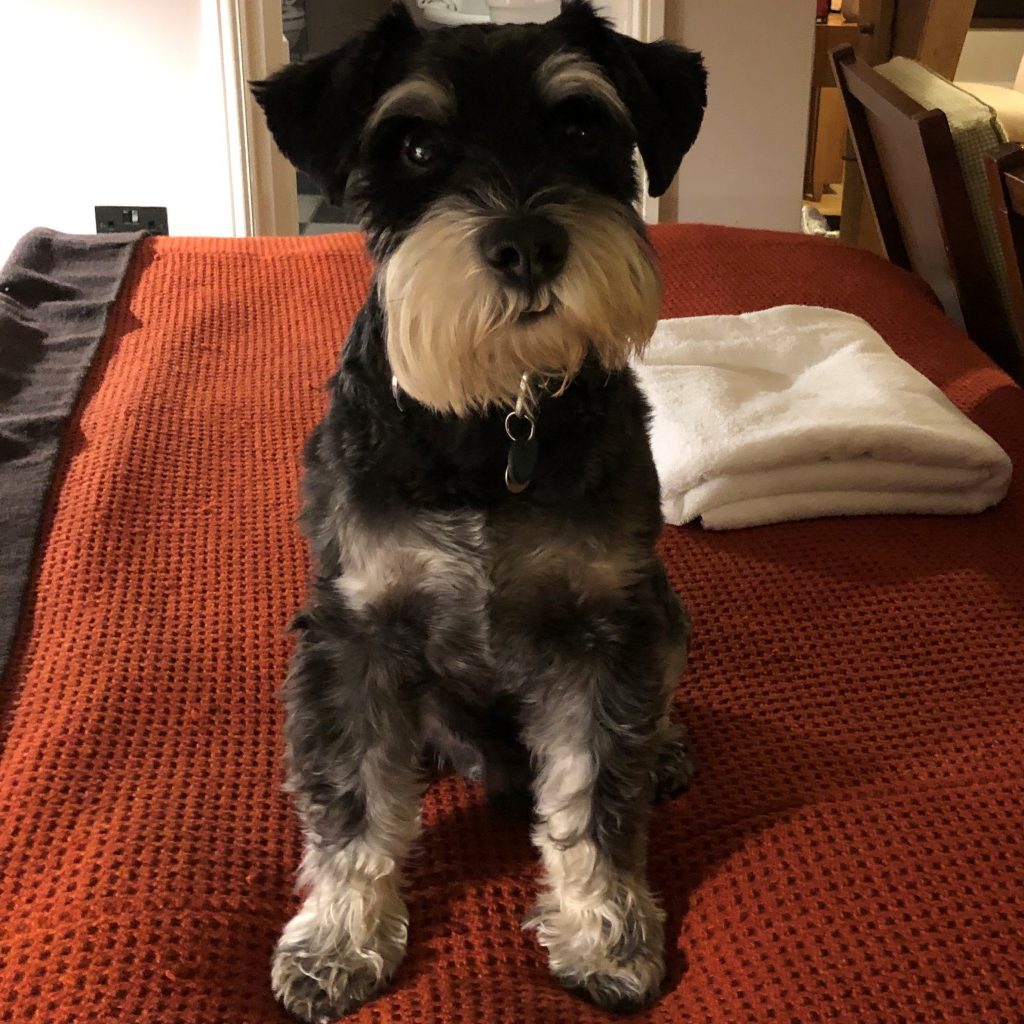 Wilf was immediately taken to Vale Vets, in Dursley, Gloucestershire.

“What made Wilf’s case unusual was that he wasn’t brought into the practice with severe skin damage – it developed a few days after he’d got there,” a Vale Vets statement says.

“After several tests and treatments, during which an array of illnesses – including meningitis – were ruled out, Wilf’s condition appeared to be the result of a nasty adder bite,” Vale Vets adds.

The brown adder is the snake with a venomous bite native to the UK, and the consequences of its bite on a dog can be dire. Wilf wound up spending 12 days in the practice before it was deemed safe for him to return home.

The wound has not entirely healed yet, and Wilf has to go back every few days, but he is on the mend. 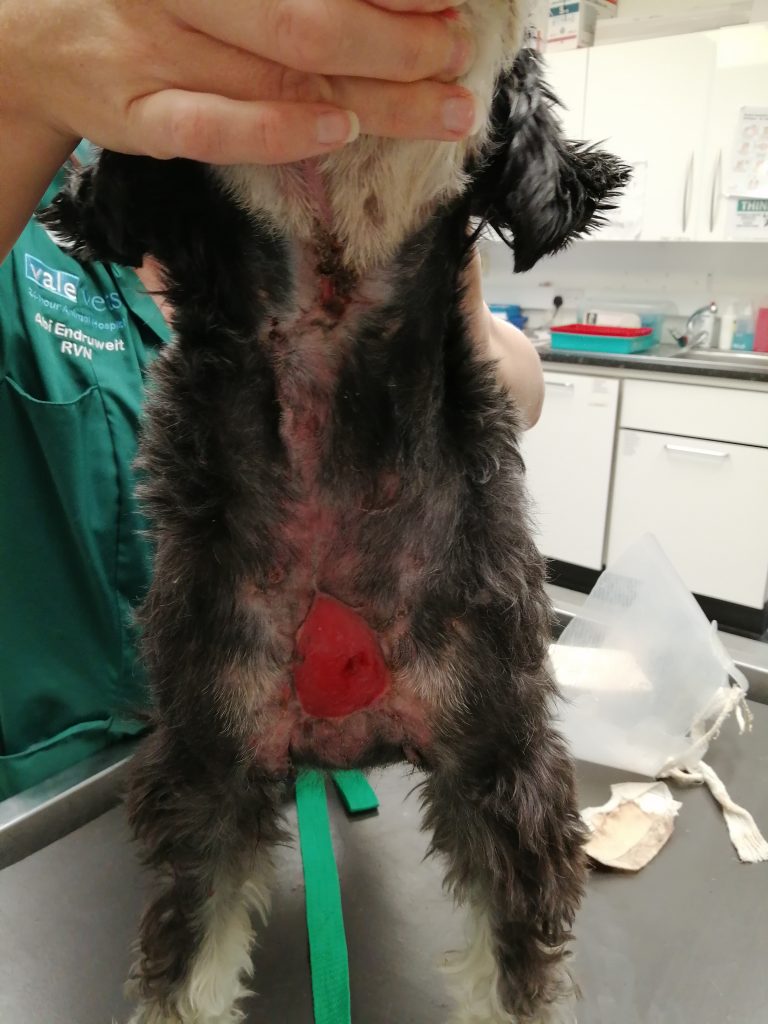 “Honestly, he’s amazing,” says Helen. “After all he’s been through, he manages to remain his sociable, gentle self.”

More information on what to do in case your dog is bitten by a snake can be found here.