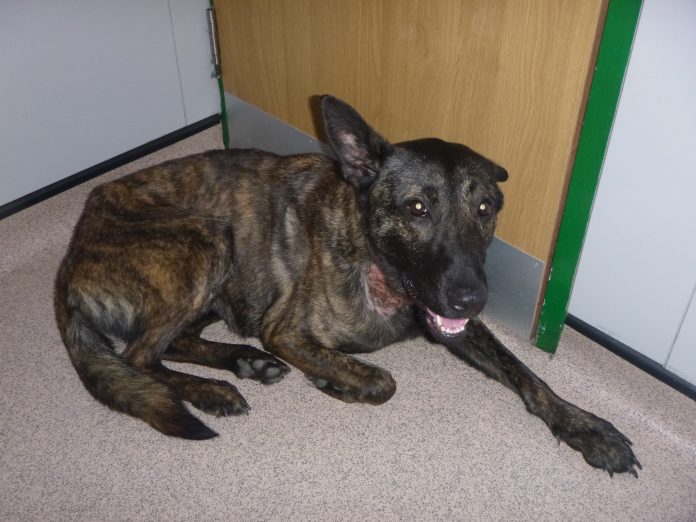 David and Jade Pearce, of Leeds, were sentenced for causing unnecessary suffering to their dog after failing to treat an infected wound to her neck caused by an electric shock collar.

RSPCA inspector Kris Walker launched an investigation after he was called to kennels by the Leeds City Council dog warden to a dog who was collected 14 May 2019 with a neck injury.

Inspector Walker said, “The brindle Dutch Shepherd had been found straying and was taken for veterinary treatment for a nasty injury to her neck. She was microchipped in the name of Remmy.

“The skin around her throat was sore, inflamed, scabby and she had puncture marks which matched up to the electric prongs on the collar she was wearing when she was found. The injury smelled extremely strongly of infection and the prongs had pierced the skin and gone through the muscle, causing a serious, open wound.” 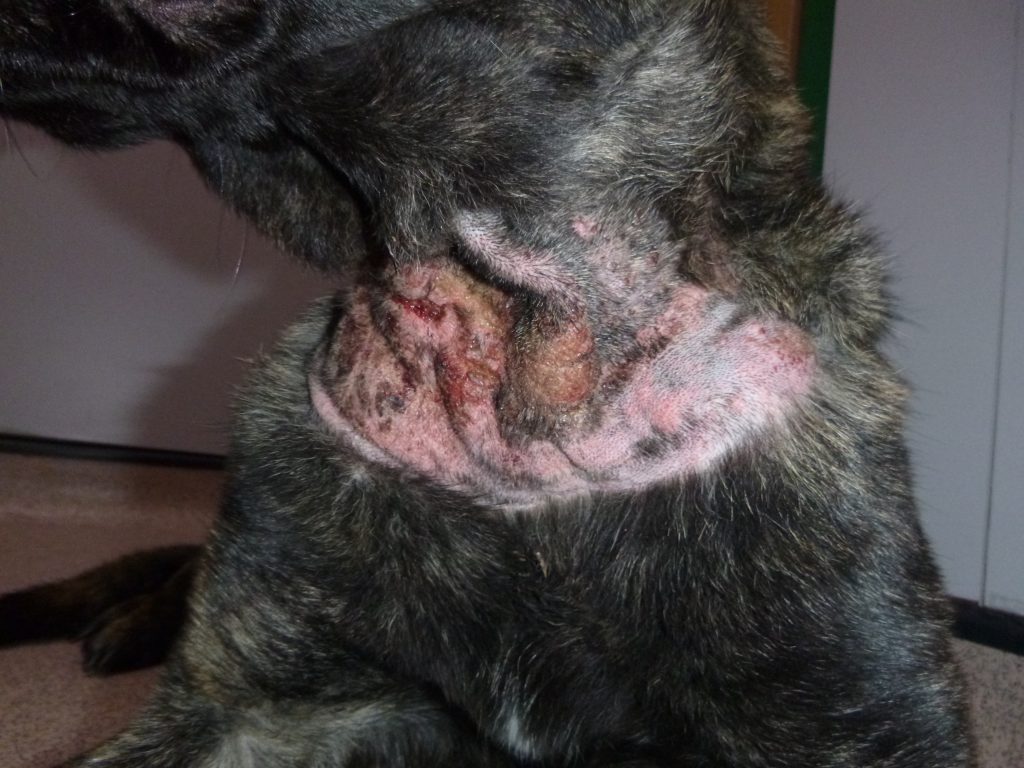 She added, “A vet determined that she was suffering and a police officer attended to seize her and place her into RSPCA care.

“We believe the shock collar had been left on too tight and the prongs had rubbed and pushed through the skin. If it had then been used to administer an electric shock too then it would have made the pain even more unbearable.”

Once Inspector Walker tracked down the couple by calling the microchip company, they claimed they had rehomed the dog, but were unable to provide any contact details of the person they had supposedly given her to.

Inspector Walker added, “When I asked them if she’d been wearing a collar the last time they saw her they said she wasn’t and that they’d previously removed a collar because it was too tight for her.”

Following a number of failed follow-up visits to the address to interview the couple, Inspector Walker could not contact them and issued an abandonment notice relating to Remmy, now renamed Missy. She remained in RSPCA care ti receive treatment for her wounds, and she’s been happily rehomed. 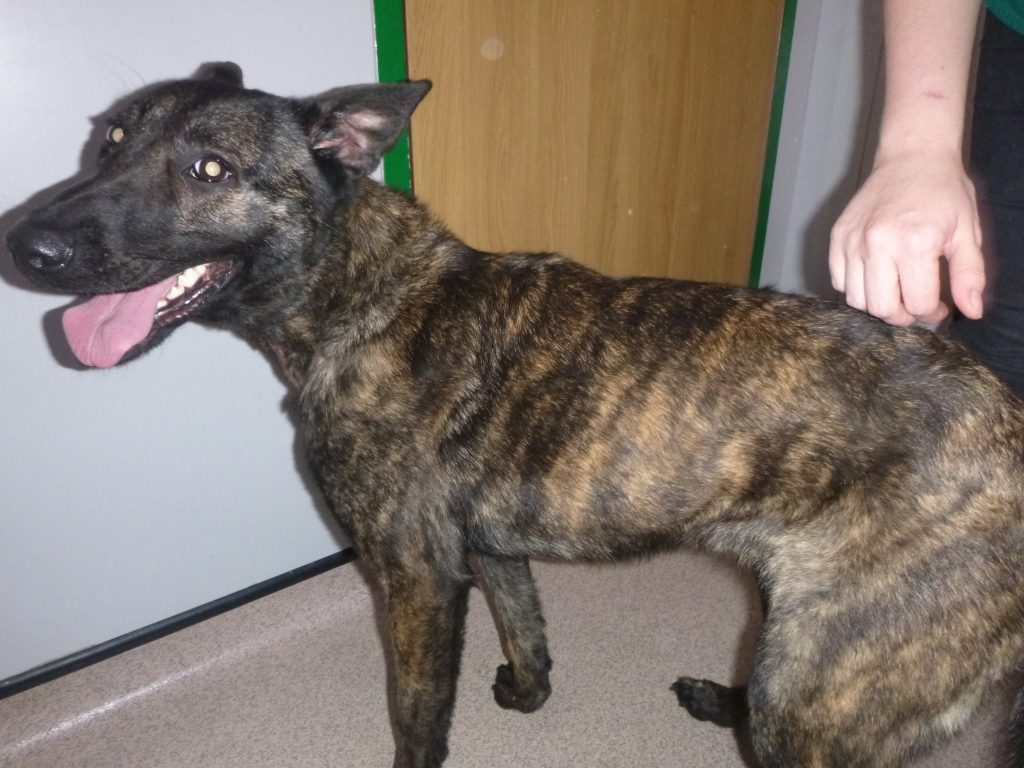 Now her former owners were both disqualified from keeping all animals for five years.