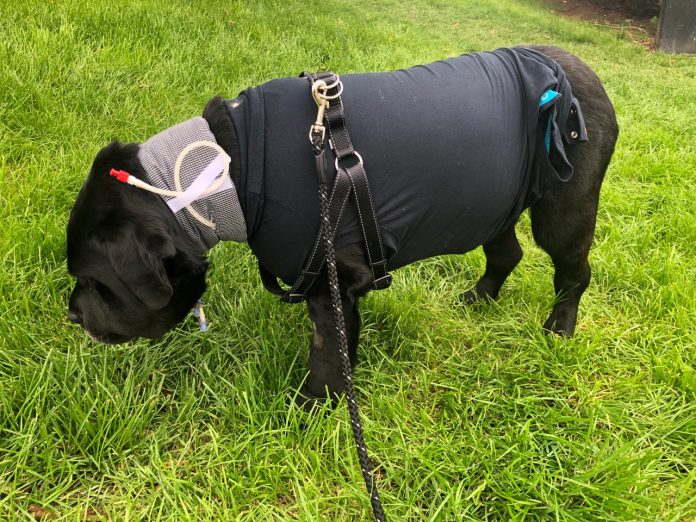 On a morning walk, seven-year-old Labrador Monty swallowed a conker – and the consequences were dire.

Within a couple of hours, Monty – who was staying with his owner’s parents in Northamptonshire – had become sick. He was given an anti-nausea injection by a vet, but his ordeal had only just begun. When he collapsed later that same day, Monty’s family rushed him to the nearest vet practice, Vets4Pets in Milton Keynes.

Neil Gailey, Monty’s owner, was visiting family in Edinburgh at the time. He said, “It was an incredibly anxious and worrying time as Monty was struggling, I was so far away, and he was obviously in some distress. I knew it was serious even though I wasn’t beside my boy.”

Surgery was performed to remove the conker, but the obstruction had caused damage to his small intestine and abdominal cavity. Following the surgery, Monty developed complications and began to quickly deteriorate, so he was admitted as an emergency to the intensive care unit at Davies Veterinary Specialists in Hertfordshire. 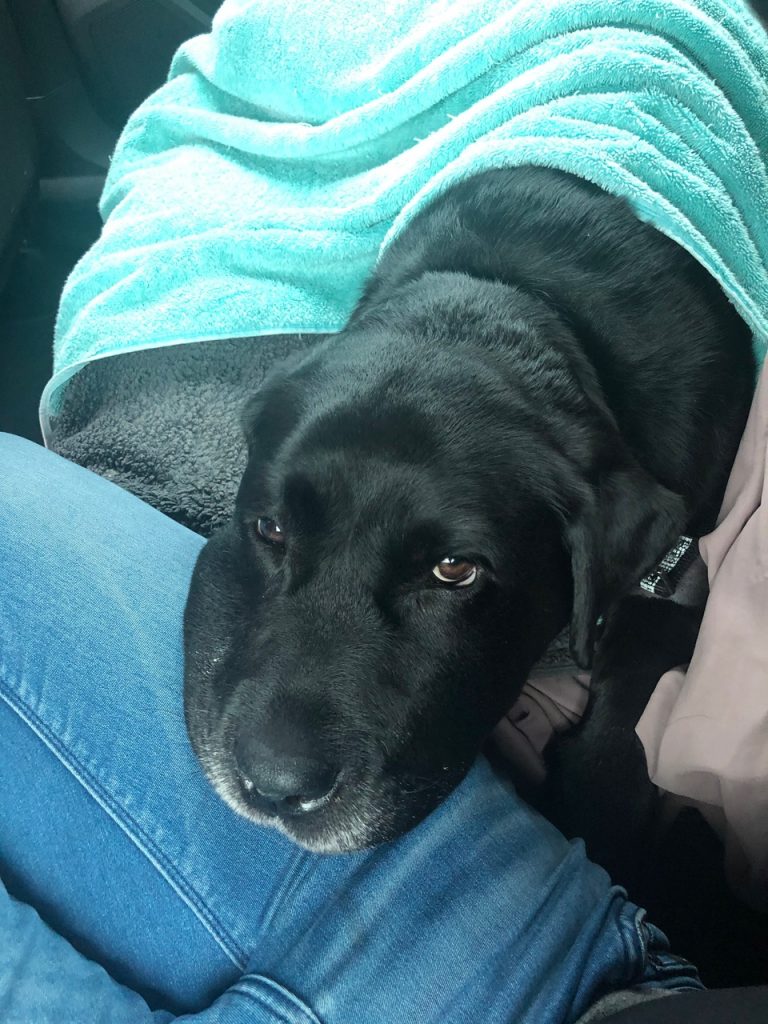 Julien Bazelle, small animal internal medicine specialist at Davies, said, “He was extremely poorly on arrival and due to his lack of proteins, his tissues had started to swell. Once we had stabilised him, tests revealed further alarming complications; low calcium, inflamed pancreas and a large blood clot in one of his major abdominal blood vessels. We also suspected he had multiple blood clots in his lungs blood vessels.”

Monty was suffering from “a cascade of inflammatory metabolic complications including over-activation of the clotting system” – all due to a single conker. During the first few days, his face and neck had swollen to appear twice their normal size, and he had to be fed through a feeding tube.

“The Davies nursing team kept a very close eye on Monty,” said Julien. “They helped him to stand every day and stimulated his exercise to help move the fluid which had accumulated in his tissues. Thanks to their amazing dedication, we kept Monty’s nutrition and fluid needs under control, speeding up his recovery.” 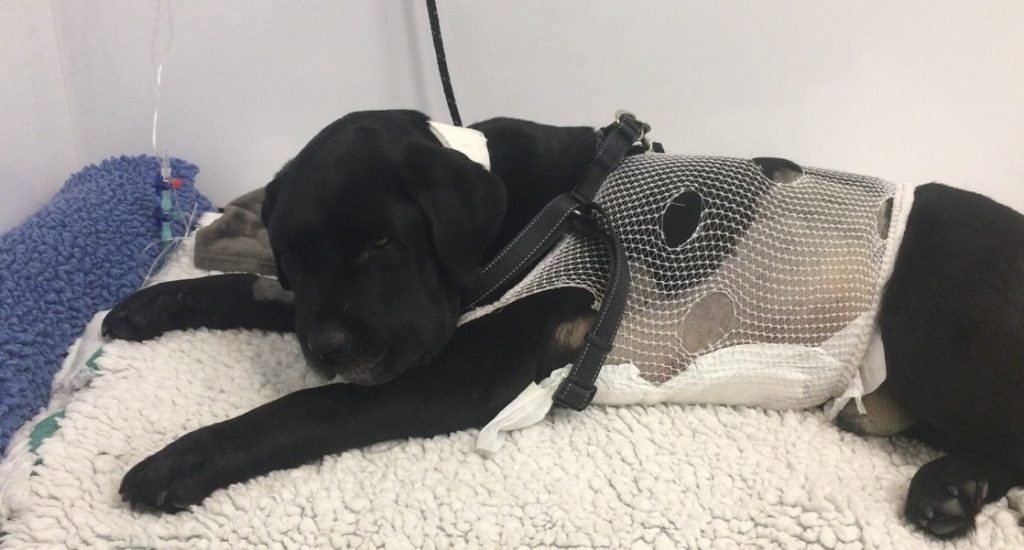 Julien added, “It was a very long and worrying couple of weeks, but Monty is a very determined dog and he eventually turned a corner. He gained strength and no longer needed the feeding tube and to his owner’s delight we were able to discharge him just over two weeks after admission. He is now enjoying his normal life as if nothing had ever happened!”

Neil was able to visit Monty every day despite the Covid-19 restrictions in place. Neil said, “For most of Monty’s life it has just been the two of us. I couldn’t imagine life without Monty and I knew he was not going to let go without a fight, however bleak it seemed at times.”

He added, “Monty had too much to live for and fought so hard to still be here and enjoying the life he had before the accident. No one is more grateful and thankful than me. Julien, his colleague Anna and the entire team at Davies will forever have a very special place in Monty’s life journey, and mine too. I will never be able to thank them enough.”