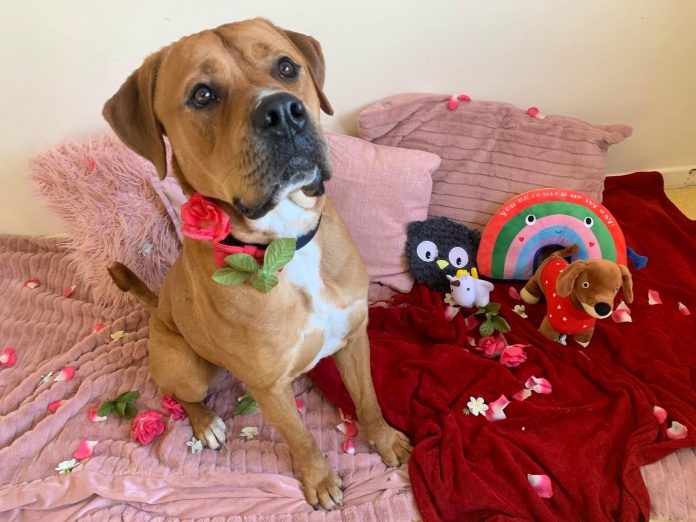 Ladies’ man Stitch is hoping Valentine ‘s Day will bring him the love of his life, as he has been waiting for a new home since June at RSPCA Warrington, Halton & St Helens branch.

When the the three-year-old American bulldog cross arrived at the centre he was extremely nervous and shut-down. Animal welfare team leader Alana Bibby said, “Stitch has made one of the biggest turnarounds and transformations, mentally, that we’ve ever seen here.

“When he first arrived he was petrified and very untrusting, particularly of men. He was terrified of a lead and when he saw one he’d bolt to the other side of his kennel and cower. We spent hours and hours just getting him comfortable with being in the same space as a lead, let alone putting one on him and taking him for a walk.

“He was really shut-down and scared of almost everything. He found it very hard to trust people and was exceptionally nervous around men so for his first few months he was handled by female staff only and then we gradually started to introduce him to male staff.” 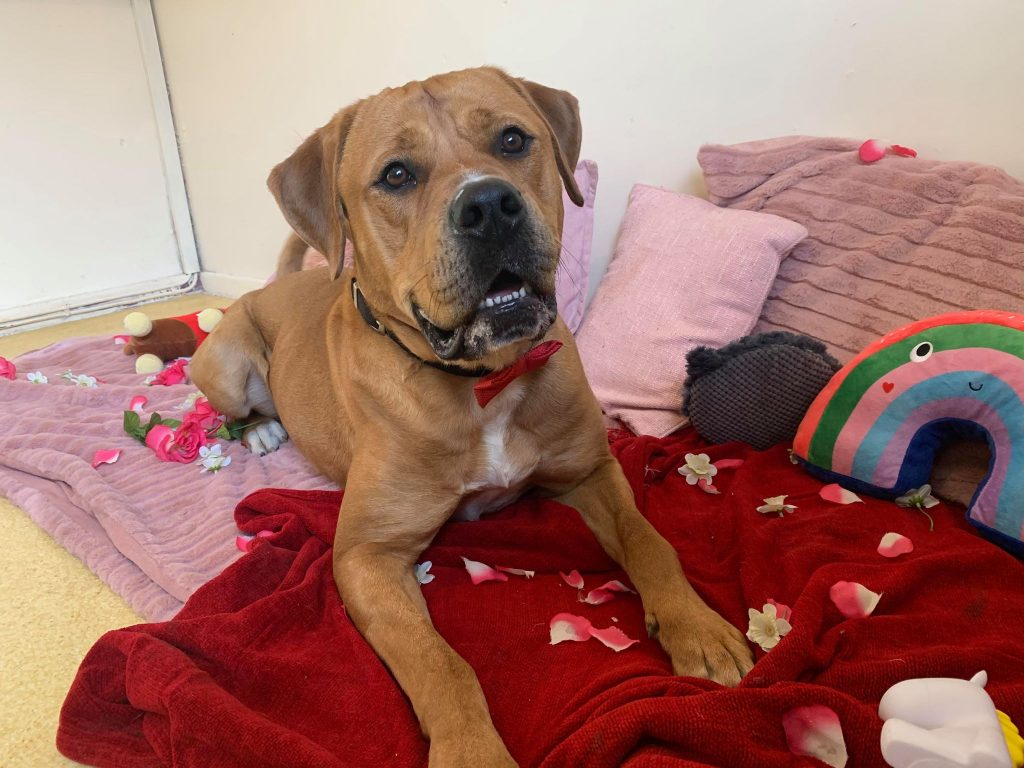 Stitch fell in love with one particular senior staff member and would always get excited when she came to see him – and from that moment on, his progress has been massive.

“Now he even loves going for walks and gets really excited when he sees his lead, trying to do zoomies in his kennel!” Alana said. “He has such a big smile and a waggy tail, it’s lovely to see him so happy, at last. We’re so proud of him and the journey he’s been on but we’re all desperate to see him go off to a loving new home.

“He didn’t have a great start to life and hadn’t had much exposure to the outside world when he arrived here so, while we’ve done our best to introduce him to as much as possible, there is still work to be done. We’ve introduced him to a muzzle which he’s comfortable wearing when he’s out and about.” 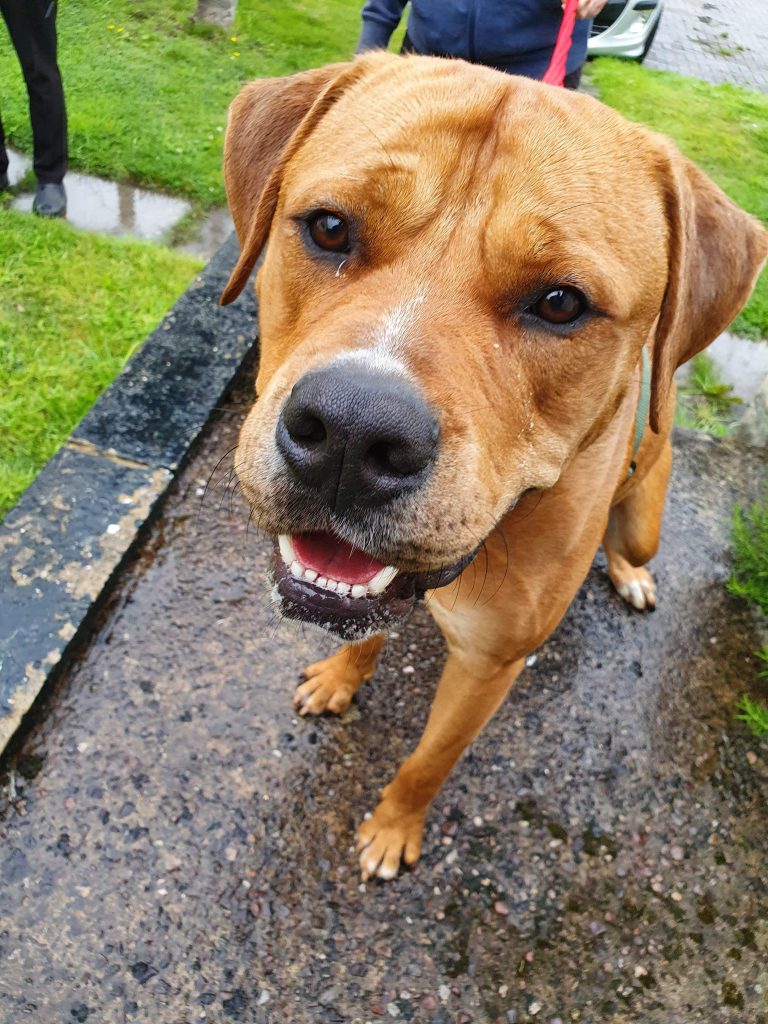 Stitch loves food, enjoys chasing toys and has become really affectionate with the staff members he knows, even the men – but he is still nervous around men, and he will need a female-only home.

Find out more about Stitch by contacting the centre on 01925 632944. To submit an application for Stitch, please complete a Perfect Match form and email it to rehoming@rspca-whs.org.uk.